Using grants totaling $307,000, researchers at the school will use computer technology to reconstruct the former Brooklyn and Greenville neighborhoods. 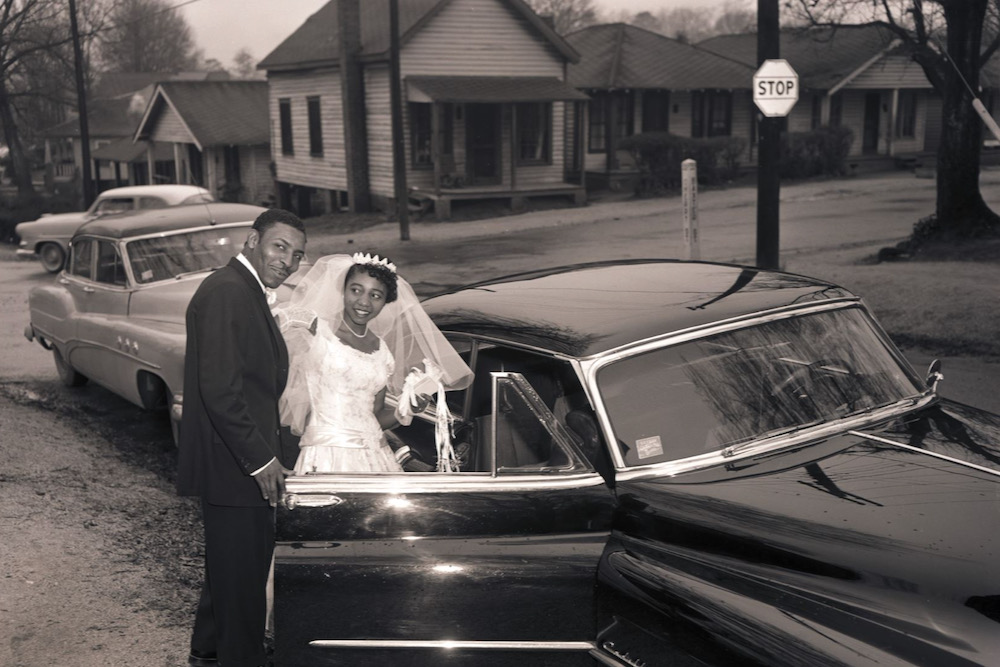 With aid from computers and historic documents, JCSU researchers will use historic photos such as this to stitch together two Charlotte communities long vanished. (Photo: Courtesy of JCSU)

“We felt safe,” Griffin said. “We felt like we belonged.”

Now thanks to work underway at Johnson C. Smith University, Griffin soon may get to revisit the lost neighborhood of his youth, but only in a virtual reality.

Last month, JCSU announced that it had landed a trio of grants totaling $307,000 to virtually reconstruct Brooklyn, along with Greenville, a another Black neighborhood destroyed by urban renewal.

With the aid of computer technology, JCSU researchers will produce the virtual reconstructions based on historic photos, city documents and interviews with former residents.

Griffin, a former Charlotte-Mecklenburg schools chairman, said he hopes the project will provide a historical context for Black youth and others with no knowledge of Charlotte before urban renewal, which saw entire Black communities, and their economic underpinnings, obliterated.

“It was a thriving community, and urban renewal took that away,” he said. “And I don’t think we’ve recovered from it.”

Tekla Ali Johnson, a JCSU librarian who is piloting the project, said she was “stunned” when reading city documents relating to Charlotte’s urban renewal.

“They were very open,” she said, “and they said things like, ‘This will impact over 3,000 negro families, but only three families are white families, so we’re going to take care of them.’ Stuff like that.”

From 1950-1966, an estimated 1,009 families were displaced from Brooklyn alone, the University of Richmond’s Digital Scholarship Lab estimates. And Charlotte was far from the only city where urban renewal was used.

“This happened in Texas, Omaha, Cleveland, Detroit, California and New York,” said Brandon Lunsford, a JCSU archivist and digital manager who is co-piloting the project. “Whenever black people would build their own community like this, they would come through and destroy it.”

In Charlotte, Brooklyn was leveled to make way for a section of uptown that now houses the Charlotte-Mecklenburg Government Center, county Courthouse, Marshall Park and other government buildings.

“It was interruptive toward the community,” Griffin said. “Communities are not just houses and streets; they’re like a culture and lifestyle.”

Griffin recalled walking along McDowell Street and seeing famous Black figures — James Brown and Martin Luther King Jr. among them — who were guests at the now-destroyed Alexander Hotel, which served Black visitors who were systematically shut out of White-owned hotels.

Griffin also recalled bringing his own popcorn to the “Negro-only” Lincoln Theater.

“Some of these moves need to be evaluated for their human cost, not just for economic benefit,” Johnson said. “I’m not saying someone’s sitting around saying, ‘Hey, let’s move the black population specifically,’ but if that’s the end result, then we call that institutional racism.”

Lunsford, noting how the construction of Interstate 277 in 1981 destroyed Black homes and split Black neighborhoods, called it “structural racism.”

Johnson, who grew up in Omaha, Nebraska, in the 1960s, said a road was built through her segregated community. She recalled a Nebraska politician giving her and other children petitions to distribute in support of urban renewal projects.

For the virtual reconstruction of Brooklyn and Greenville, JCSU researchers will use technology similar to the tools used by researchers in Italy who created a virtual map of ancient Rome.

“When we started this, we thought it was an original idea,” Johnson said. “But it’s great to have that example out there.”

The Knight Foundation, National Parks Service and National Historical Publications and Records Commission all gave JCSU grants for the project. UNC Charlotte, Levine Museum of the New South and the Duke Digital Humanities Lab are partners in the project and will work with JCSU on research and 3D modeling.

Johnson said she hopes that maybe 18 months down the line that the project can be accessible to visitors at the Harvey B. Gantt Center for African-American Arts + Culture.