These East Meck grads are headed down the wedding aisle 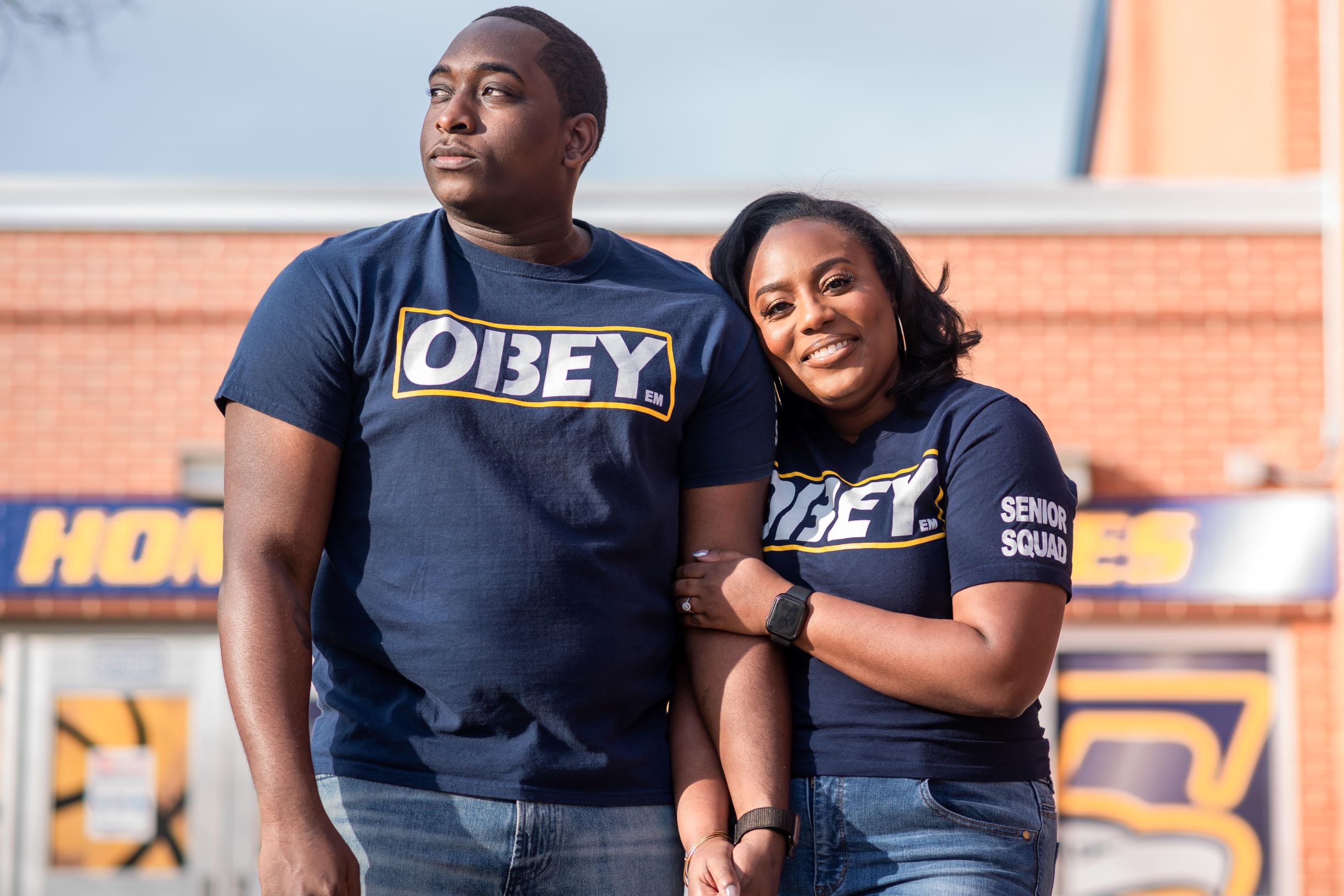 Want to be featured in QCity Brides? Click here for the details.

Charlotte natives Bryanna and Quinton spent years in the friend zone before becoming an item. The two met as students at East Mecklenburg High School. Quinton knew early on that he had found “the one,” but it would take until their first date years later before Bryanna realized it too.

The excited couple shares details about how they began and their upcoming wedding.

Bryanna and Quinton met in 2010 while attending East Mecklenburg High School. She didn’t know anyone at the school but made a group of friends over the next few months, including Quinton. He was the funny guy who always made people laugh.

Their friendship grew closer throughout the rest of high school, and they kept in touch although the two went their separate ways after graduation. Quinton knew that Bryanna was “the one,” but she said it took years before she figured it out.

After graduating from Wake Forest University in 2017, Bryanna returned to her hometown and reconnected with Quinton. Since they shared mutual friends, they would often hang out in groups. However, in early 2018, Quinton decided to shoot his shot and asked Bryanna out on a date.

“I just remember being in a very full restaurant, but it felt like we were the only ones there,” Bryanna recalled about their SouthPark brunch date at now-closed Terrace Cafe. “He always said that if I gave him the opportunity, I’d be happy I did.”

Bryanna: It was Christmas Eve Eve [Dec. 23, 2020], and Quinton, my family, and I were going ice skating at the Whitewater Center. He was exceptionally dressed, while I had on a black Santa shirt and jingle bells — I should’ve known something was up.

There was a photographer who asked if he could take some action shots of us on the ice, and I thought nothing of it. The photographer told me to go for a spin, and just as I turned, there was Quinton with the ring.

He popped the question, and when I said yes, he jumped up and screamed, “SHE SAID YES!” Once I came to grips with what happened, I looked up and all my family and friends were there standing with masks on and cameras in their hands capturing the moment. It was truly magical.

Quinton and Bryanna returned to East Meck as part of their engagement session. He had the idea to wear their senior class shirts, which helped pull together their photo shoot theme. The couple enjoyed being back on campus to see how things changed but also what had stayed the same.

After an outfit change, they staged another setup atop a parking garage in uptown Charlotte. The pair added crown props to their classy look as a play on their wedding hashtag, #QrowntheBrowns.

How wedding planning has been so far

Bryanna and Quinton are putting the finishing touches on wedding plans.

“We have all our vendors and are making agendas for the wedding day itself and the days leading up to it,” Bryanna said. “Over the next few weeks, we’ll just be executing our plan.”

What they’re looking forward to on their wedding day

“I think the best part will be getting to marry my best friend,” Bryanna said. “Honestly, I smile ear to ear when thinking about it.”

The couple is also excited to see family and friends in one place to celebrate.

“It’s been a tough time for everyone in the past year, and I’m so thankful for the tribe that I have around me making this process easier,” Bryanna added. “It’ll be really exciting to see how everything turns out.”