Your guide to shops, eats and Black history in Columbia SC 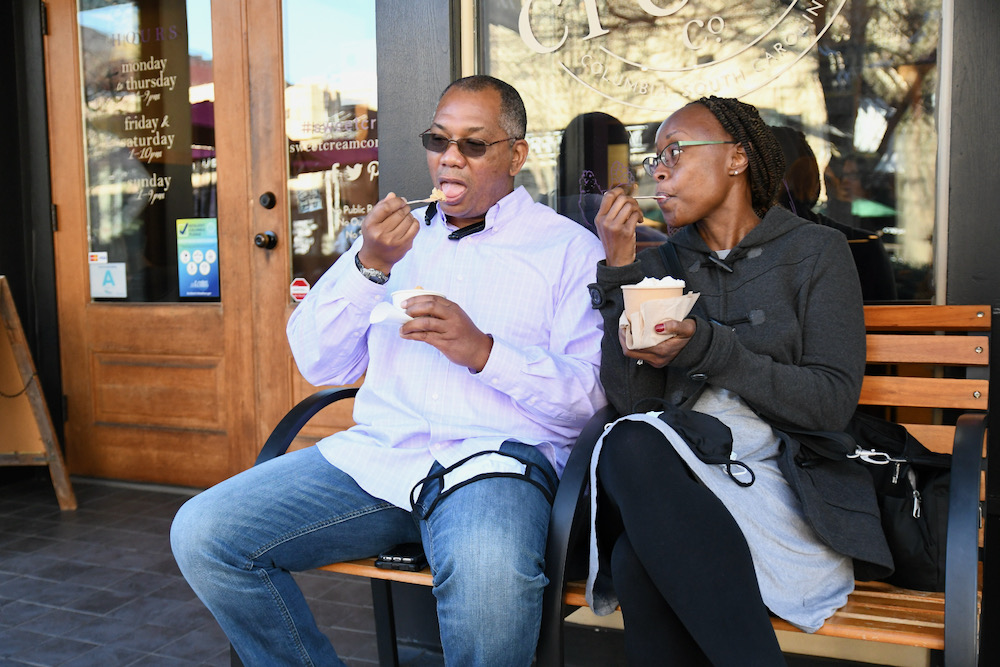 “There is a more robust public history in places that have evolved over the last two decades,” says Bobby Donaldson, a professor of history at the University of South Carolina and director of its Center for Civil Rights History and Research.

Since 2012, Donaldson has been leading an initiative called Columbia SC 63, which aims to shine a spotlight on Columbia’s impressive civil rights legacy. In addition to guided tours and a website, Columbia SC 63 has erected markers along Main Street that introduce visitors to that history.

Meanwhile, Experience Columbia SC is preparing to launch a new history trail that focuses on the Reconstruction Era in the city. The trail highlights eight historic sites, as well as notable people from the era. Officials say the trail will launch toward the end of April.

To see Columbia at it’s best, we suggest a Saturday trip, starting with the fun and impressive Soda City Market.

Fun Fact: Columbia has been nicknamed the “Soda City” because of an old abbreviation of Columbia to “Cola.”

Soda City Market is a gawker’s delight. Held each Saturday from 9 a.m. to 1 p.m. along Main Street, the market offers a dizzying array of food, local crafts, produce and so much more. The market averages about 150 vendors each week, so get there early and leave yourself plenty of time to stroll, eat, shop and people watch. This truly is a signature event.

Did you know that South Carolina had a majority-Black legislature during the Reconstruction era? That’s just one of the facts you can learn at The Museum of the Reconstruction Era. Housed in the Woodrow Wilson Family Home, the museum is one of several historic sites managed by Historic Columbia.

In the last 15 years, Historic Columbia has sought to paint a more historically accurate picture of the city and its complex racial history, including a more thorough representation of the enslaved people who lived there and their descendants who fought for civil rights and basic dignity.

Because of Covid, Historic Columbia currently is offering outdoor, guided tours at only two of its properties. That’s scheduled to change starting May 1, when indoor tours will be offered with limited capacity and social distancing. The Reconstruction museum will be one of those sites.

If you skip the official tours, you still can get a taste of Columbia’s Black history by striking out on your own. Points of interest are listed on the websites for Historic Columbia and Columbia SC 63.

Be sure to visit the African American History Monument on the State House grounds. From there it’s an easy (20-minute) walk to the Thomas Cooper Library on the University of South Carolina campus, where the school has erected a statue of Richard Theodore Greener, the university’s first Black faculty member, from 1873 to 1877.

One of our favorite stops was the Mann-Simons Site, which was owned by a Black entrepreneurial family for 130 years and traces the journey of Columbia’s Black community from enslavement through urban renewal. Limited tours of the Mann-Simons Site will resume May 1, but the site has lots of outdoor signage for those who drop by.

Finding something tasty will be the least of your worries. Whether looking for a sit-down meal or something to go, Columbia is developing an impressive array of restaurants.

In the downtown area, our favorites include Blue Marlin, which has outdoor seating (above) under a long canopy that once serviced a train depot. A bit farther out, A Peace of Soul Vegan Kitchen, a Black-owned establishment, really puts soul in vegan food. (Try the fried “chicken.”) Main Street has a vegan restaurant too, called Good Life Cafe.

For those wanting a little entertainment with their meals, head to the 1600 block of Main Street. The Grand is a sit-down restaurant with a taproom and full-service bowling alley (reservations required to bowl.) Across the street, The Main Course is a destination all its own. In addition to sit-down dining, it offers two music venues and two floors of golf simulation in a four-story building. On level 3 is an experience called “Immersion” — small, art-filled rooms where visitors can hang out and post selfies.

The Columbia Museum of Art (1515 Main Street), has a number of galleries, each with its own theme, displaying works of traditional and contemporary artists. During our visit, we discovered a bust depicting Martin Luther King Jr. and this landscape painting, titled “Silver River, North Carolina, 1863, by Robert Seldon Duncanson (1821-1872). Some art historians consider Duncanson to be the nation’s first Black, internationally known artist. (President Joe Biden and his wife, Jill Biden, chose another Duncanson painting as their symbolic gift to Congress following January’s inauguration.) To keep everyone safe, the museum limits admission, and docents are on hand to ensure physical distancing.

The Columbia Fireflies didn’t play at all in 2020 because of Covid, but the team is preparing for a full season this year, including 60 home games at Segra Park. The ballpark opened in 2016 with 9,077 eastward-facing seats, which make afternoon games much more enjoyable during the hot Columbia summers. The Fireflies play in the Low-A East league and recently affiliated with the Kansas City Royals. The first home game is scheduled for May 11th against the Charleston RiverDogs.

While strolling Main Street, we stumbled across Mast General Store, one of two locations in South Carolina. Its creaky, wood floors and busy shelves are reminiscent of a bygone era. We found shoppers buying anything from mustache wax to loose candies to clothing. Main Street has a number of quaint retail shops. If the weather is warm, drop by Sweet Cream Company, a local favorite, for some “handcrafted” ice cream.

Just a 10-minute drive from downtown, Riverbanks Zoo & Garden is home to more than 350 species from nearly every continent, but especially from Africa, Asia, Australia and North America.

Last August, the zoo acquired three southern white rhinos — the first rhinos there since 1989. And while the big mammals and dangerous reptiles often hog the spotlight, the park is home to an impressive aquarium and birdhouse. It also has a botanical garden that blooms year round and a “farm” for some up-close encounters with domesticated critters.

In keeping with Covid protocol, the zoo is limiting the number of people who can enter at once, so reservations are required. As spring arrives and the zoo begins its busy season, those reservations will go fast, so plan ahead.

Columbia has lots to see and do. For more ideas, including a list of hotels, restaurants, events and attractions, visit Experience Columbia SC.