The show will be filmed at Newton's Atlanta cigar bar and will feature conversations with celebrities. 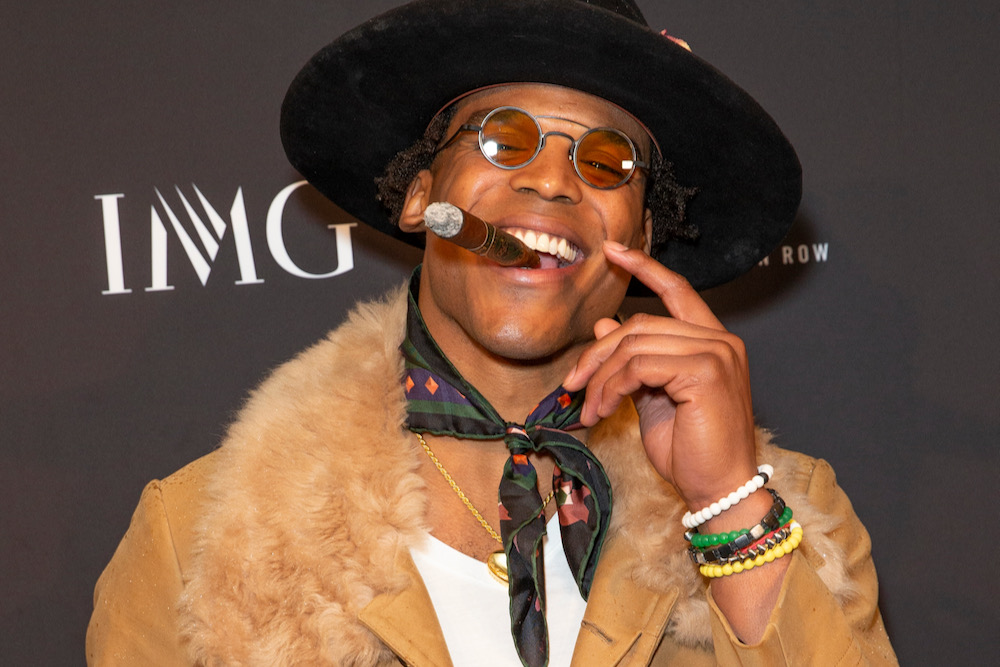 Cam Newton, the NFL quarterback known for his flamboyant style, exciting play and love of cigars, is taking his talents to a new role; he will host a new series on BET Digital titled “Sip N’ Smoke.”

Filmed at Newton’s cigar bar, Fellaship Lounge, in his native Atlanta, the show will feature “in-depth and candid conversations” with entertainment figures, including Steve Harvey, 2 Chainz, Teyana Taylor and David Banner, BET said in a statement.

Newton, 31, played nine seasons with the Carolina Panthers before signing with the New England Patriots.

While “sipping and sampling his private selection of cigars and cocktails,” Newton and his guests will dive into “hot topics and provocative conversations on life, art, business and everything in between,” the networks said.

“As a sports figure, I don’t always get to shed layers and give people a glimpse of off-the-field Cam, so it’s cool to join the BET Digital family and host Sip N’ Smoke,” Newton said in a statement. “This series gives me the opportunity to put on for ATL, celebrate some of the people and things that inspire me and to create with my production company Iconic Saga.”

Newton founded Iconic Saga 2012. Its credits include “All In With Cam Newton” on Nickelodeon, “Iron Sharpens Iron” on Quibi, “Bless the Babies” on Facebook and “Football Town-Valdosta” on the NFL Network.

Newton, who earlier this month signed a one-year extension with the Patriots, joins a growing number of active and former athletes who’ve ventured into media — not as traditional sports analysts but as podcasters.

Former NFL wide receiver Brandon Marshall hosts “I AM Athlete,” a weekly round-table featuring NFL veterans and garnering millions of views and subscribers. Retired NBA players Matt Barnes and Stephen Jackson have found podcast success as a duo with “All The Smoke,” a show they launched on Showtime Sports in 2019.

For the few who are successful, the podcast business can yield big money. The global market for podcasts is projected to grow from $9.28 billion in 2020 to $14.8 billion in 2026, according to Research and Markets, an international research firm.