Jamil Massey grew up poor on a farm not far from Charlotte. Late last year, he published a memoir espousing the benefits of trade jobs. 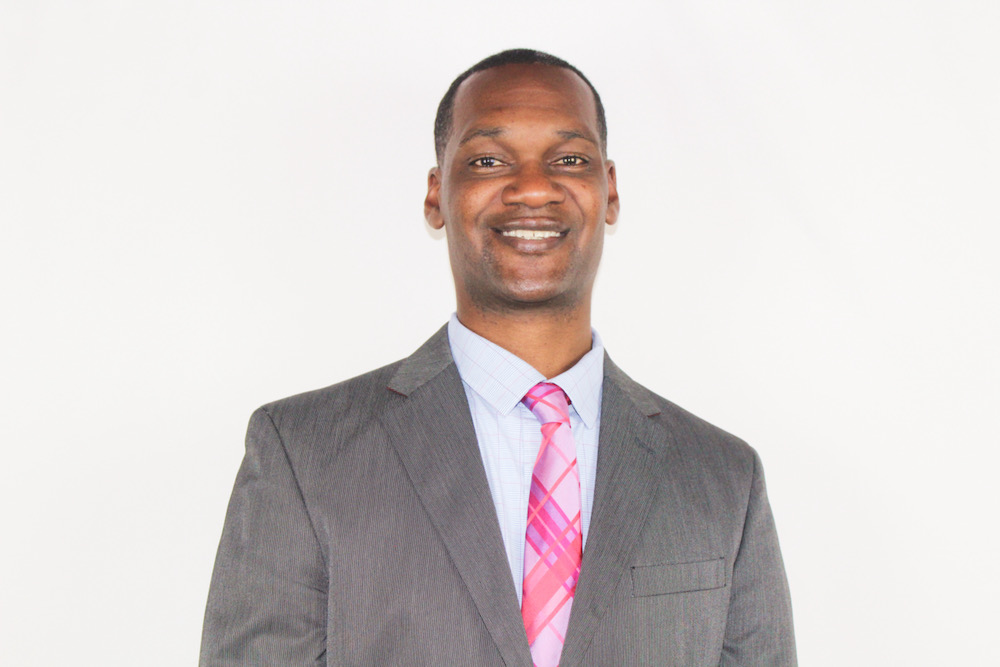 College isn’t for everybody. Jamil Massey twice flunked out of Central Piedmont Community College. He later found work as a maintenance technician, which ultimately landed him a career in facilities management.

In a 92-page memoir, “High School No Fool,” Massey, who grew up poor in Monroe, posits a simple theory: “Just because you didn’t go to college doesn’t mean you can’t be successful.”

He writes (often with wisdom and humor) about coming of age without a father “on a farm in the middle of Nowhere, USA,” about his academic struggles in high school and beyond, and finally about his journey to self-realization and career fulfillment.

Along that journey, Massey writes, he had to stop making excuses for himself and let go of friends and others who held him back from success like “crowd control ropes at a rock concert.”

Why it matters: According to the Bureau of Labor Statistics, only 31% of Black people in the labor force — those age 16 or older who are working or actively seeking work — hold a four-year degree. So what becomes of the other 69%?

As college costs continue to rise and the nation continues to reckon with its history of systemic racism, a growing number of Fortune 500 companies are exploring new ways to provide family-sustaining careers for Blacks without a four-year degree.

As part of this continuing discussion, QCity Metro spoke to Massey about his personal journey and why he sees trade jobs as viable options for some students.

Q. In your book, you make clear that you were never an academic star. Why did you choose to learn a trade?

I tried to go to community college twice, but still in the back of my mind I was like, “Man, I’m not really the college type.” I went from job to job because I had no skills that were developed. I had a low education and I had no college degree. I had to start at the bottom, so when I got the job as a maintenance technician, I was just working and trying to pay bills. I was married with three kids at the time. I also had three part-time jobs. I was trying to find something to keep me from having to work so much.

My boss was five years away from retirement, and I had worked for him for the last five years, so I started to kind of get acclimated on how to do the maintenance stuff. One day he said, “Do you want my job when I retire?” At the time I had holes in my pants and he made six figures, so the goal became to get that position.

Q. So, do you believe that four-year degrees are becoming less important?

I would never tell anybody not to go to traditional college. My oldest son, he’s at Western Carolina right now. He’s a freshman there. But it seems like the traditional four-year degree is losing leverage from what it once had years ago, but there’s still value in it. Again, I’m not ever speaking against that. If you want to be a doctor, guess what? You got to go to medical school. You want to be a lawyer, same thing.

However, the vocational and trade school, in my opinion, is not being explored. That’s kind of the path that I want to go down and kind of highlight because, number one, it is a shorter-term commitment. Students are looking for things that are shorter, quicker and more convenient. You can get a certificate of specialized education…in 18 months or two years, and then be out and be able to start providing for yourself much sooner. Then, the cost for these types of schools is much lower too.

This path of vocational and specialized training, I believe, is a wide-open opportunity. It also gives students another choice to look at and say, “Okay, if I don’t go the four-year route, I don’t have to just drop out of college all together and start from the very bottom.” So yes, I believe that vocational and trade schools give students education sooner, cheaper and more specialized.

Q. What advice would you give to high school students who are thinking about learning a trade?

Who you associate with determines how high you fly, or how low you sink. Be strategic about your associations, and don’t be so overly concerned about fitting in with a group. It’s better to be around a coach or mentor, or someone in the community who’s doing what you’re doing. That’s going to help you get what you want down the road and not be so caught up on the right-now. I’m also encouraging students to start getting to know themselves. There are tools out there like the Enneagram personality test, the DiSC assessment and more that will help you get to know your own personality. There are so many different pressures and influences in the world that sometimes people can get lost — not just students, but people in general. One of the first things I would say is, start doing personality tests, and then complete a career assessment so you can find some jobs, careers and industries that might better suit your personality.

Q. Why do you think vocational and trade work isn’t taught to more high school students?

In my opinion, I feel like it’s perceived as lesser than. I feel like the perception of going to community college, vocational school or trade school is lumped into a lesser-than education category. I feel like it’s not talked about more because it’s viewed like, if you go to a trade school, all you can do is maybe become an electrician, learn how to lay brick or repair a car. If you look at what the blue-collar trade jobs make…I mean, call a plumber to your house right now and ask him how much it’ll cost. These people are getting paid better than ever, but the perception that I’m hoping to kind of change and highlight is that these jobs are a way of supporting your family.

Let’s look at the bottom line, if you already know you’re not going to go the four-year route, or if you tried it and it didn’t work, that’s okay. Try something else; it doesn’t have to be all or nothing. I think the perception is slowly starting to change because you’ll hear conversations about students going to community college for general education classes, and then transferring to a larger school for specialized classes.

Q. If school districts started offering vocational and trade classes, similarly to how they offer AP courses, how do you think that would look?

I think it’s a great time to kind of lay this out as a plan, and a path. This would have to start from the top down. Honestly, I think since education has had to shift because of the pandemic, I figured this would be a great time to kind of overhaul our educational system altogether. So to go back to your question, they do have some high school programs where you can graduate with college credits, so why not enhance and build upon that. There are some specialty schools that are out there — my middle son is actually a sophomore at the Central Academy of Technology & Arts in Monroe — and he’s learning things like computer engineering. He’s learning his math, learning some English, but he also just finished a certification for Photoshop. He’s also going to be getting an A+ plus certification in IT. There’s an IT technician and nursing path there.

There are some smaller schools that are already starting to do this hybrid method. I don’t think we need to reinvent the wheel. I’d say let’s look at some of these schools that already have specialized educational paths in place and maybe let’s leverage those in some of the public schools and offer those as a way too. When kids get out, it’ll be similar to vocational and specialized training. When my son gets out, if he has the A+ certification, he can submit that on a job at 18-years-old and be two or four years ahead of the typical college graduate. My son will have a leg up, so to speak, on the competition.

Q. Vocational or trade work isn’t talked about or encouraged in a lot of Black households. Do you think this stigma can change?

That’s part of the reason I’m telling my story. When we look at what we’re up against in some of the Black communities, the deck is stacked against us in a lot of ways. Another reason why I wanted to write the book and advocate is to take away some excuses. Yes, the deck might be stacked against you, but this is life, so let’s not wait around and hope for things to get better.

I grew up on a farm, on government assistance, on the Women, Infants and Children food stamps program and without a father. He was killed when I was nine months old in a tragic car accident, so I didn’t have him there. So we have common ground. Everybody I know grew up on the farm, but kids in Charlotte aren’t growing up with pigs and chickens, and I get that. But a lot of them are in poverty and do grow up in single-parent homes. We have that in common, and there’s still the color barrier we have subtly against us, and sometimes not so subtly. I would have never guessed that the class clown would have been writing the freakin book. I remember reading stuff and I had no idea what the heck I just read.

As we start to educate our own community on the greatness and potential that we have inside of us or our kids, we need to stop wearing these layers that are sometimes self-inflicted. You need to eat and pay bills, so let’s find out what can do that. Let’s get food on the table and clothes on the kids. Let’s do that first.

I think our community has to see and embrace the different forms of education and stop saying the same thing, knowing that our kids are telling us that they don’t think college is going to work for them. In some respects, yes, we got to push them out of their comfort zone sometimes and help them work through adversity. But let’s say they go, and it doesn’t work out. So now what? We want to be able to give them a chance to fill that gap with something, and be able to educate our communities on what’s possible. There’s so many possibilities.