Stephanie Sneed adds to the rising number of influential Black women in politics. 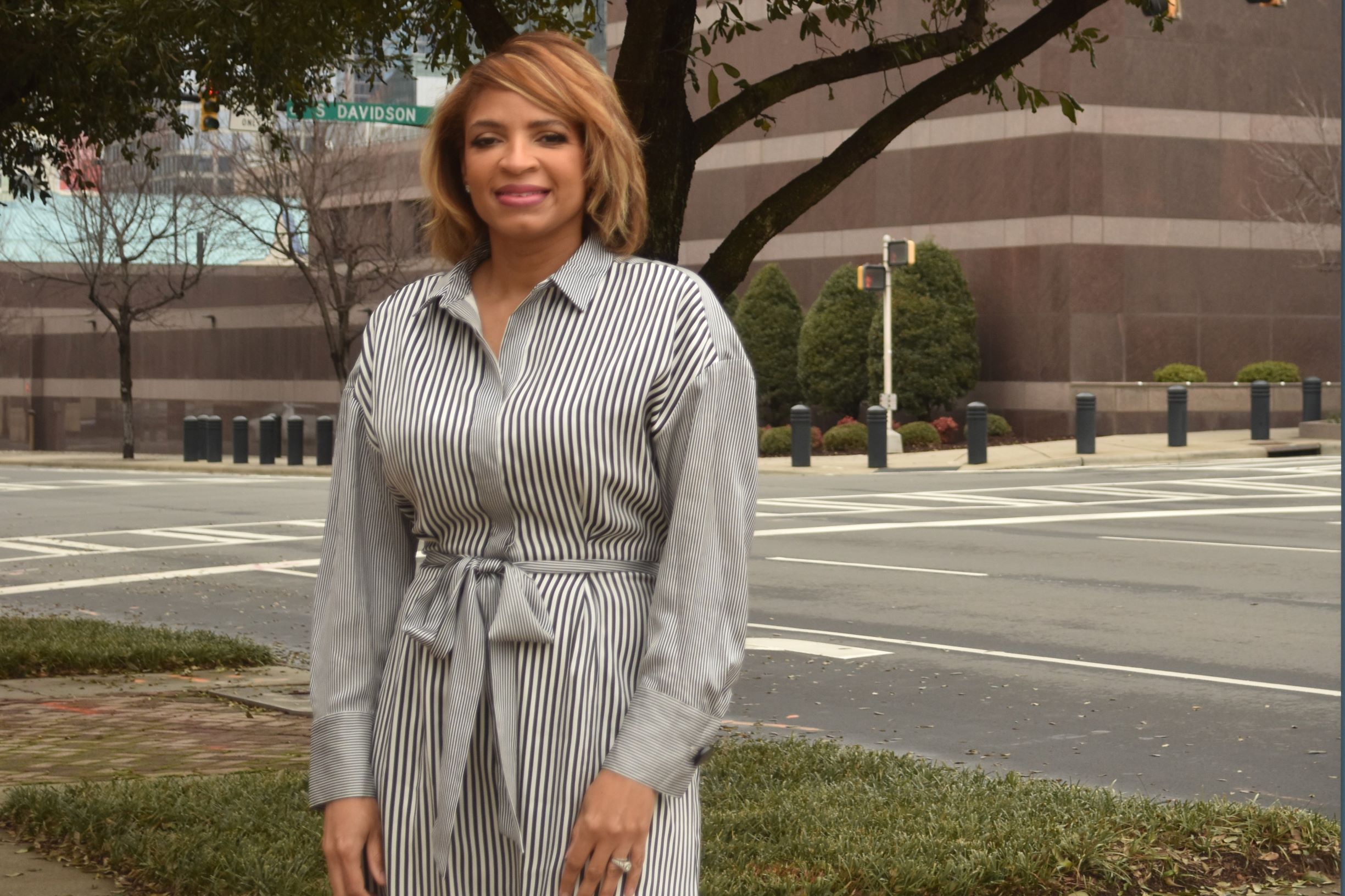 A week into her two-year term as chair of the local Black Political Caucus, Stephanie Sneed says she wants to maintain the momentum of last year’s voter education and engagement efforts.

By day, she’s an attorney who practices labor and employment law. Off the clock, she now leads the political action committee organized in 1965 to ensure that Charlotte-Mecklenburg’s Black residents had a voice on local, state and national issues.

The mother of two adds to the rising number of influential Black women in politics. As an education advocate, Sneed twice ran for a seat on Charlotte Mecklenburg Schools Board of Education. She came up short both times, but she remained engaged through the work of the caucus as well as organizations like the Westside Education Think Tank.

Recently, I sat down with Sneed as the caucus prepares to roll out its latest initiatives.

Answers have been edited for length and clarity.

Q. What put you on this path as a community advocate?

I was the average person that just went to the voting booth. I always voted in elections but didn’t necessarily think that I should be the person to lead. As I started thinking about issues that were important to me and my family, I said, ‘Why not me?’

I’m a huge education advocate and to know what was happening in our educational systems and how many of our Black children are simply being left behind, I said there has to be a voice that is ringing the bell to say this is an emergency, and we have to deal with this. I had a serious passion for it because of the compounding effect that happens if we lose children at an early age or lose them in the educational system. Ever since then, I just have never not been engaged.

Q. Last year’s energy around the social justice movement put pressure on leaders not to maintain the status quo. How will the Black Political Caucus address residents who feel like they aren’t seeing enough positive changes impacting the Black community?

That’s a good question. We have to be engaged in the community. People are hungry, especially young people, hungry and ready for these changes. We have seen what happens with systems and what happens when you have people who have certain views running these systems. So we channel it to challenge our elected officials to make those changes.

Q. Speaking of young voters, how do you plan to tap into the next generation of civic leaders?

Meet them where they are.

Q. What do you mean by that?

People are organizing community groups and neighborhood groups, nonprofits have been formed. Go to them and have conversations with them. What are the issues that are important to them?

Q. Have there been challenges with coming together with other organizations on issues facing Charlotte’s Black community?

Sometimes we have different interests and our approaches may be different, but I just find there’s always an underlying sense of unity. Whether you’re addressing homelessness, housing, education, economic mobility, systemic racism, all of that can be married in a voting booth. It matters who’s elected.

Q. What are your thoughts on what we’re seeing from Black women in politics, especially as someone who’s run for public office?

Black women are the voting block, a strong voting block. Politicians know that. There is a gap of Black women being elected. Just as important as our vote is, it’s important for us to lead. Black women offer a unique perspective, and we have to be put into leadership positions.

People talk about the movement with Stacey Abrams. Even though it looks like a quick rise, that was a 10-year movement for her. I think we can be on a path to creating monumental changes in Charlotte.

Q. What keeps you up at night?

Q. Charlotte in five years, what do you hope is different?

Particularly for Black citizens, I hope that people feel like there are opportunities and that they can make a difference. That we have a proactive, engaging, equitable system here. That we have dealt with issues of affordable housing, that we’ve dealt with issues of access to health care, that there has been improvement in our education system. That there has been an improvement with economic mobility, that there is a better quality of life.

It would be a sad state of affairs if five years from now we are in the state we are in today.