Due to the pandemic, more than 300 Habitat homeowners in Charlotte are behind on their mortgage payments. 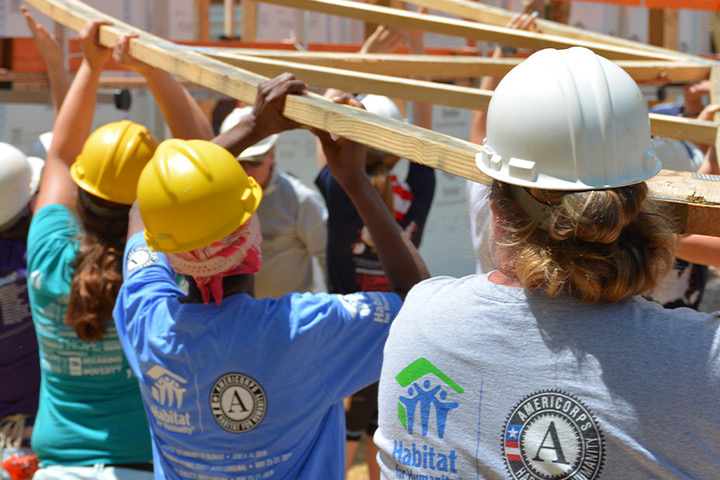 Synora Robinson described her life a year ago as comfortable and pleasant. She was coming up on 17 years at her job, was saving money and didn’t worry about being able to pay for her home.

“I was just able to have girls’ night out or just have fun and not worry,” Robinson said. “There was no stress of what tomorrow may hold, because I knew that I had things under control.”

That all changed the second week in March, when Gov. Roy Cooper declared a state of emergency for North Carolina because of the coronavirus pandemic. On March 12, Robinson was let go from her job. She worked as a house manager for a family, and her employer decided it would be safest for her to stay home.

Within a week, Robinson applied for unemployment. But because of delays, she didn’t begin receiving benefits until May. So, without a job, she was forced to dip into her savings to make ends meet.

“It’s frightening,” Robinson said. “You know, when you have insurance coverage and everything is working and then all that is gone, you’re in a big, dark hole. You don’t know what to do. It’s like the world starts caving in on you. For me, I just wanted to give up because it had to be easier to be dead than to have to live through it.”

Robinson is one of the nearly 1,100 homeowners who have a mortgage through Habitat for Humanity Charlotte. The organization reports 1 in 3 of the families they work with have either lost their jobs or faced a significant reduction in their wages during the pandemic.

“They’re experiencing some real challenges, as well,” said Laura Belcher, the president of Habitat for Humanity Charlotte. “And that’s seen through an increase in mortgage delinquencies.”

According to Belcher, 327 of their homeowners are behind on mortgage payments. That’s 300% more than the 109 pre-pandemic.

“We are working very closely with our families,” Belcher said. “We’re in communication with them and we’re talking to them to try and understand what’s driving their challenges and what would help them the most.”

Mortgage delinquencies are up nearly two times from 2019, according to the Mortgage Bankers Association. In the third quarter of 2020, 7.65% of people were late on mortgage payments. That’s down from 8.2% the quarter before.

Fannie Mae’s August National Housing Survey found that many low-income homeowners from marginalized communities reported not knowing what relief options were available to them. Hispanic respondents were least likely to be familiar with relief options at 65%, followed by 51% of Black respondents and 41% of White respondents.

Ninety percent of Habitat homeowners in the Charlotte area identify as Black, 6% as White and 3% as Latinos. Belcher says her group is working to provide resources to them.

“We’ve referred some of our families to the city relief program for mortgage relief,” Belcher said. “We’ve also had amazing, generous private donations.”

The organization has received $300,000 in donations toward mortgage relief efforts. So far, Habitat reports 105 families have received mortgage relief from their program, and 41 of the 89 families they referred got financial support from the city. Up to this point, no homes have been foreclosed.

Robinson applied for Habitat’s mortgage relief program. She received money to pay her mortgage from October to December.

In order to get her home six years ago, Robinson had to work hard. She went through a 14-hour financial and home ownership training and completed more than 300 volunteer hours. These are what Habitat calls “sweat equity hours,” and they replace a down payment.

During the pandemic, Robinson says the financial and emotional support she has received from Habitat for Humanity has been important.

In December, the organization gifted Robinson a Christmas tree and a $100 gift card.

“That was a moment of pure joy because it was decorated for Christmas. And for that moment, I was in a fantasy world again because I had forgotten about the pain and the problems,” she said.

That gift, and the help she received, has given her optimism. She says she’s ready to go back to work.