Wells Fargo to invest in Black-owned banks, including two in the Carolinas

In March 2020, just as the Covid-19 pandemic struck, Wells Fargo pledged up to $50 million to strengthen Black-owned banks. 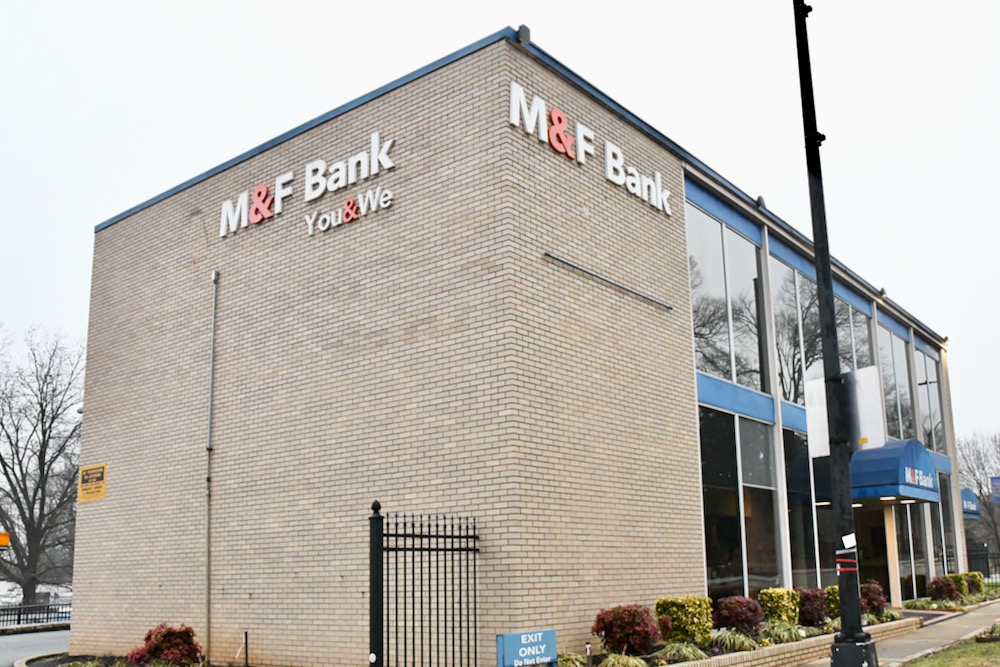 M&F Bank, based in Durham, is one of six Minority Depository Institutions (MDIs) to receive equity investments from Wells Fargo. (Photo: QCity Metro)

Wells Fargo, one of the nation’s biggest banks and one of Charlotte’s biggest employers, will make equity investments in six Black-owned banks, including the Durham-based M&F Bank and the Columbia, S.C.-based Optus Bank.

In March 2020, just as the Covid-19 pandemic was taking hold, Wells Fargo pledged to invest up to $50 million to help strengthen Black-owned banks, or minority depository institutions (MDIs). Its latest investments were said to be part of that larger pledge.

Why it matters: Referencing a Federal Deposit Insurance Corporation study, the San Francisco-based Wells Fargo noted that, from 2001 to 2018, the number of Black-owned MDIs declined by more than half. From a height of more than 100, only about 20 exist now, it said.

“In the ongoing pandemic, communities of color have been disproportionately impacted, and this investment is part of Wells Fargo’s effort to generate a more inclusive recovery,” a Wells Fargo spokesman said in an email to QCity Metro.

Wells Fargo did not indicate how much would be invested in the six banks.

Others receiving Wells Fargo investment include:

Black-owned banks make up only a portion of MDIs, which historically have taken financial deposits and made consumer and business loans in communities typically ignored by larger institutions. Some MDIs date back to the early 1900s.

“Although African American MDIs have proliferated at several points in history, they have also struggled disproportionately due to recessions and other impacts, not unlike the people within the low- and moderate-income neighborhoods they serve,” Wells Fargo said on its website.

Wells Fargo said its investments in the six Black-owned banks will be in the form of “critical equity capital,” which it said is “foundational to the MDIs’ ability to expand lending and deposit-taking capacity in their communities.”

As part of the investment, the Black-owned banks will have access to a “dedicated Wells Fargo relationship team” that will provide them with financial, technological and product-development expertise.

Wells Fargo gained a strong foothold in the Charlotte market with its 2008 acquisition of Wachovia Corp., at the time one of the largest banking companies in the nation.

This Story is Tagged: Black-Owned-Business