This week, we discuss "Malcolm & Marie," "Snowfall," "Upload" and "Outside the Wire." 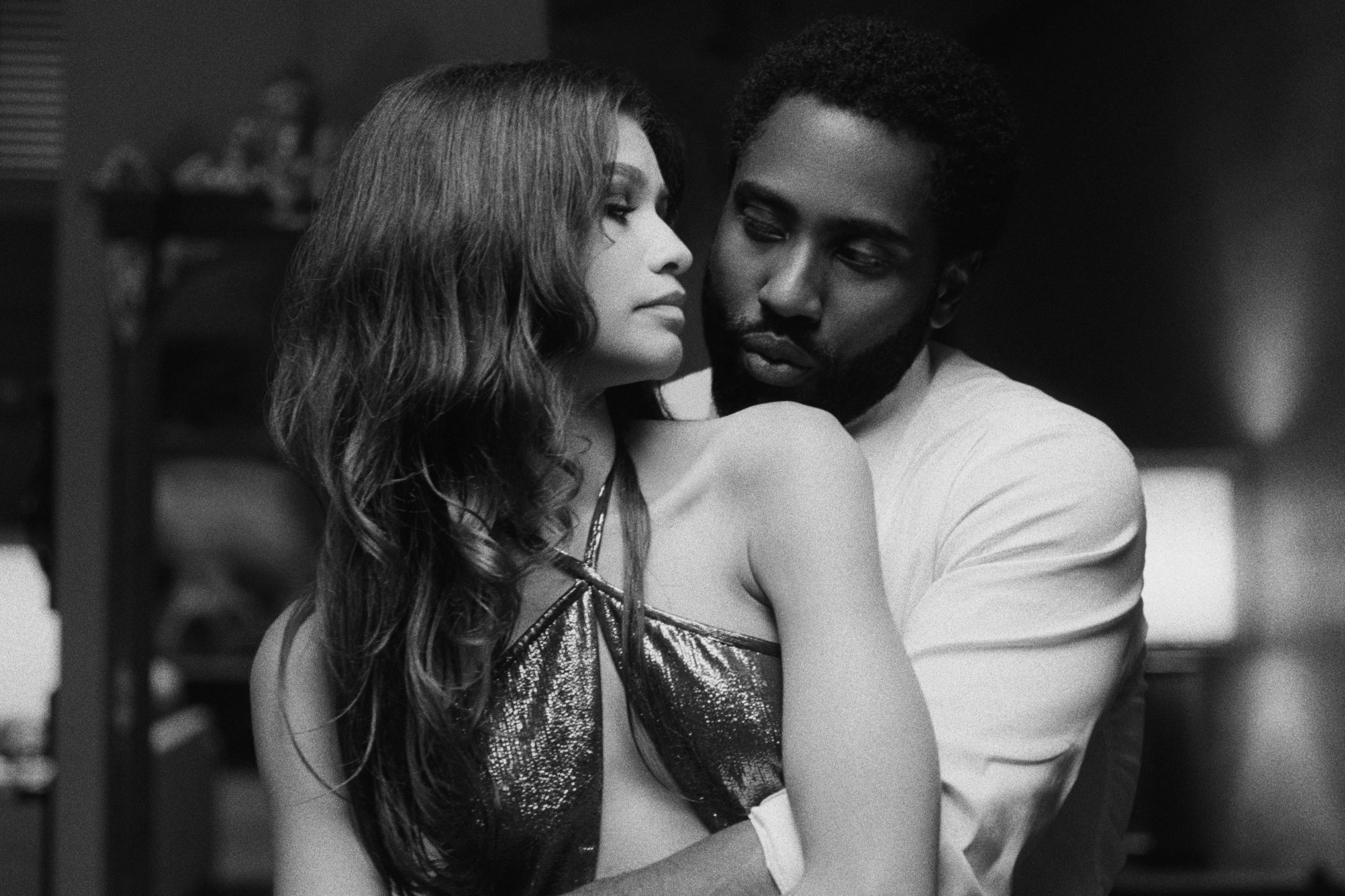 It begins as they return home from Malcolm’s movie premiere. Throughout the night, the couple discusses everything from movie critics to Marie’s drug addiction and recovery to Malcolm’s movie being based on her life.

“Malcolm & Marie” is shot in black and white and directed by Sam Levinson, who also directs “Euphoria” on HBO Max.

The argument starts with Malcolm forgetting to thank Marie in his speech earlier that night. The couple goes back and forth, taking turns yelling at each other and saying extremely hurtful things. They both know exactly which buttons to push to make their partner feel horrible and basically question their entire life.

Each has long monologues — one of Malcolm’s centers around his dislike for movie critics. It runs very long, and I caught myself zoning out at moments. (BL)

Where to watch: Despite my not-so-great and many other negative reviews, watch it anytime on Netflix.

To earn money and help out his family, he initially decides to sell marijuana in the neighborhood. But, a run-in with CIA operative Teddy McDonald (Carter Hudson) led to him selling crack cocaine and working for a Mexican cartel. Now a massive drug dealer, Saint must worry about the law, people turning on him and maintaining his anonymity.

What I love: The acting and storytelling of this show is top-notch. Originally co-created by the late John Singleton from “Boyz n the Hood” fame, this show is dramatic, violent, funny and real.

The character development throughout the show is amazing as people change their demeanor, motives and attitudes because of the crack cocaine epidemic. While Franklin is the protagonist of the show, crack cocaine is sort of the star because it is the catalyst for the entire story. It ruins relationships, gets people killed and changes family dynamics. (JL)

Where to watch: Stream the previous three seasons of “Snowfall” on Hulu. Season 4 is set to premiere on Feb. 24 at 10 p.m. on FX.

Recap: After killing two of his fellow Marines during a drone strike, drone pilot Harp (Damson Idris) is sent to Camp Nathaniel in the Ukraine to work under Captain Leo (Anthony Mackie) as punishment.

Leo is a highly advanced super-soldier hell-bent on stopping terrorist Victor Koval (Pilou Asbæk) from launching a network of Cold War-era nuclear missile silos. The two travel to a refugee camp where Koval is delivering vaccines to confront the terrorist and save the day.

Overall feeling: I love action films, especially futuristic ones with a unique twist. I thought the acting seemed a little dull, which is surprising because the actors in the film are so talented. I’ve saw them do better in the past. It could be, in part, due to the script which fell flat at times.

The cinematography was great, especially during the action scenes. I also liked that the two leads in a big-budget action movie were two Black men, which you don’t see often. I mean “Bad Boys” is the only film that comes to mind. Even if you dislike the acting in this film, the action sequences will keep you entertained. (JL)

Where to watch: Stream “Outside the Wire” on Netflix.

“Upload” takes place in the future when you can be uploaded into a virtual reality after you die, where your soul can live forever. If you can afford it. The show starts as Nathan (Robbie Amell) dies in a self-driving-car crash. He gets uploaded into one of the best, and most expensive, afterlife options. Throughout the 11 episodes, his romance with Nora (Allo) and crazy plot twists keep the show mysterious and binge-worthy.

What I love: I really enjoy seeing different interpretations of what technology in the future could be.

This one puts all the emphasis on virtual reality that allows users to go anywhere with anyone at any time. For example, a hospital patient can use the technology to meet his daughter at the park and truly feel the whole experience.

Aside from the tech aspect, the show goes deep as Nathan and Nora try to figure out why his self-driving car crashed since they are typically reliable. They find a trail that leads them to the classist, profit-based tendencies of big tech companies. (BL)

Where to watch: Stream the first season on Amazon Prime now. Filming for Season 2 began last month, so catch up quickly.

Judas and the Black Messiah

We’ll be watching and tell you about it next week. Check out the trailer now.