Who needs a college degree?

Maurice Jones talks about his decision to lead a Fortune 500 initiative to employ 1 million Black people without college degrees. 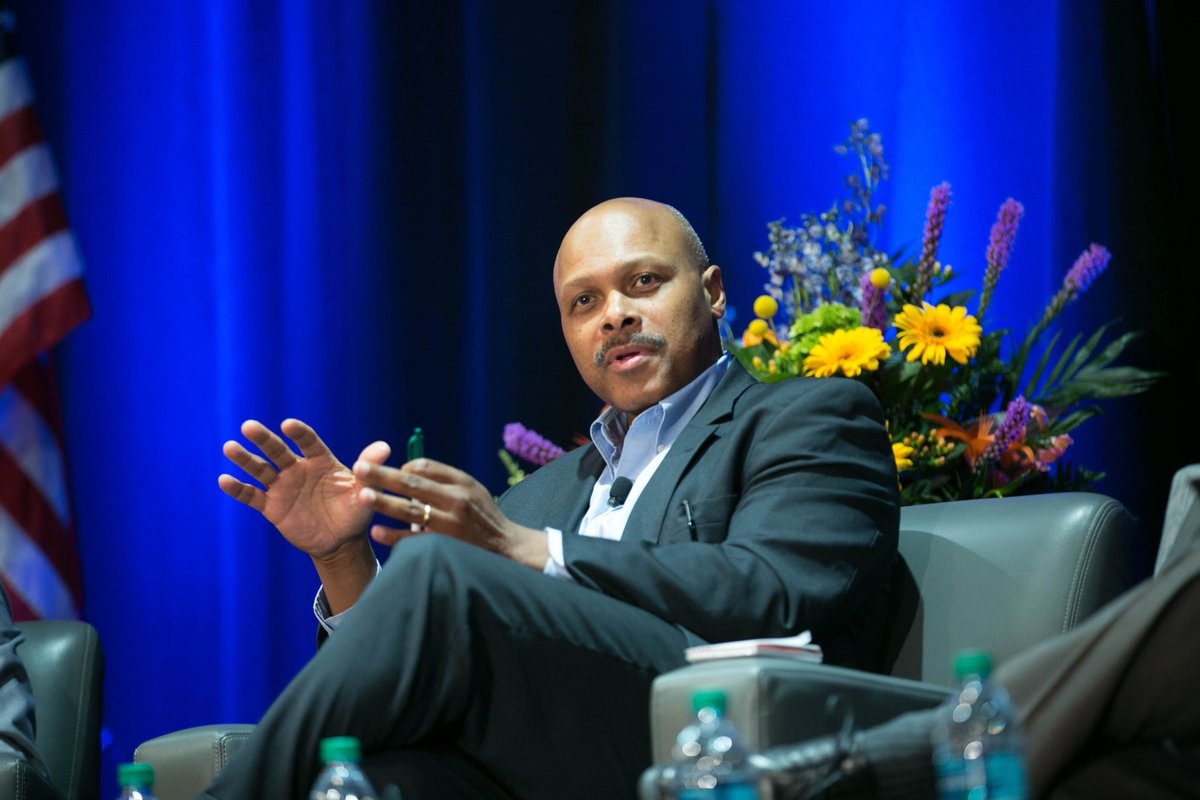 Getting a four-year degree isn’t feasible for everyone. So, should having no degree mean a lifetime of low-paying jobs? Heaven forbid, says Maurice Jones, the outgoing leader of the New York-based Local Initiatives Support Corporation (LISC).

Jones announced earlier this year that he is leaving LISC in March to become the chief executive officer of a new organization called OneTen. At the center of OneTen’s mission is a commitment from 40-plus Fortune 500 companies to hire one million Black people over the next 10 years who don’t have college degrees — and to pay them family-sustaining wages.

Some of the corporations involved include Bank of America, Lowe’s, Nike, Walmart, Deloitte, Target, Cisco, Johnson & Johnson, Humana and Allstate.

Charlotte residents may recognize LISC as the nonprofit acts as the fund administrator for private-sector housing funds.

Jones spoke to QCity Metro on Wednesday about his new position, the importance of the venture and what he hopes OneTen will accomplish.

Q. Why is this effort important?

Q. How did this effort come about?

It really was a result of these companies witnessing the events of last year — the disproportionate impact of the pandemic, the killings of Ahmaud Arbery, Breonna Taylor and George Floyd. In the racial reckoning that those events accelerated, these businesses came together and figured out what they could do in a sustainable and impactful way to help the country move forward with respect to the glaring opportunity and wealth disparities.

African Americans don’t have equal opportunity, and so the corporations said, We have jobs, so let’s leverage that asset to try to be helpful to the country at this moment. Plus we need talent, so we’re combining an asset with a need and hopefully also advancing this democratic project that the country is still trying to refine and perfect.

Q. Is anyone else out there doing similar work?

I don’t know of a private-sector effort focused on individuals without four-year degrees with this kind of commitment and scale anywhere else in the country right now. I think this will be the  largest of its kind. There are workforce efforts here and there all across the country, but the focus here on non- four-year degree folks, I don’t know of an effort of this scale.

Q, Do programs like this indicate that college degrees are becoming less important?

No, I don’t believe that. I believe that people are recognizing that we have incredible talent everywhere in the country, with and without four-year degrees. We are leaving talent without four-year degrees on the sideline, and thus not benefiting from that talent. We are failing to create multiple pathways for people to make it into the middle class. I think that what people are realizing is that we have failed to have a balanced approach when it comes to enabling people to make it into the middle class.

This really is trying to address this risk that we have in this country that the only people who will be able to earn a living, make enhanced savings, own a home and pay for education are people who have four-year degrees. By the way, 60% of working adults in this country today do not have four-year degrees, so it doesn’t make sense for those folks to not have a pathway to family-sustaining careers. That percentage in the African American population right now is 80%. We’re at risk of creating two Americas — those with four-year degrees and those without. That’s the risk that these folks are trying to avoid.

I want to be clear, this is not discouraging people from pursuing a four-year degree. We want to continue to encourage, support and champion people getting four-year degrees. We just want to make sure that that’s not the only way you get into the middle class in America. Where we’re really trying to get the private sector to go is to a skills-based hiring, promoting and advancing structure as opposed to credentials only.

Q. What types of careers are best suited for certificates versus a degree?

In all honesty, we should be saying, Look, the assumption at the outset is every job opportunity we have can be filled by someone who has skills that are commensurate to the job but not necessarily some kind of four-year degree. We should start from that hypothesis, and then only put that four-year or advanced degree in place as a credential when it truly is necessary. Start from the proposition that we’re going to hire based on skills.

Now, how do you come about those skills? In some cases, the only way that you come about those skills is with the training and preparation that a four-year degree provides. In those cases, we ought to have a four-year requirement. But the whole point is, look at it from skills and look at it from doing the hard work of ascertaining what are the multiple ways that one might be able to acquire the skills necessary to do this work.

Q. Talk to me about your decision to join OneTen?

I work at LISC right now, and we are trying to help folks get into affordable housing, and help folks with access to those things that will make them healthier, such as healthy food and recreation facilities. The foundation of all of this is access to a job that enables you to earn a living and pay bills. The best housing policy is a good-paying job, so I just find that this is foundational to the stuff that we’re trying to do in this space.

The other piece is, I know this is a once-in-a-generation opportunity. These companies have come together and committed jobs, money and faithfulness for 10 years. We got to make this successful to make it sustainable. I want to do everything I can to try to make this successful, because it will matter. It will matter to the journey of the country.

Q. What does success look like for the program?

Q. What are your short-term goals for the program?

Q. How are you going to pick those cities?

A combination of where the jobs are and where Black talent is. Charlotte is certainly one of those places where we intend to wage this journey.

Q. Why do you think it’s hard for Black Americans without four-year degrees to find family-sustaining jobs and careers?

First of all, it’s hard for all Americans without four-year degrees now to find family-sustaining jobs. But secondly, you add the fact that we’ve got this unintentional bias against those without four-year degrees when it comes to the labor market. You add on top of that the issue of race. You’ve got that additional bias, sometimes it’s unconscious, and sometimes it’s conscious bias based on race.

You’ve also got a situation where African Americans have less access to institutions that can actually prepare them to be successful in the workplace. You’ve also got a workplace environment that needs to do much better at being inclusive, welcoming, supportive and including the factors that Blacks need to be successful. There are a number of different places that need to improve. I think all of these factors conspire to really disproportionately impact people of color, particularly African Americans.

Q. What do you think will be OneTen’s biggest challenge?

I think there are going to be several challenges. Sustaining the intensity of the commitment for 10 years is a huge challenge. I’m very convinced that if we sustain, we will exceed our expectations. The real piece that I want to really focus on and get right is putting into place those things that we need to sustain the commitment, which means we’re going to need wins every year. We’re gonna need people to see progress so that they will say, I’m in for another year.