Owner Bernetta Powell says 2020 tested her faith, but she stayed committed to serving her community. 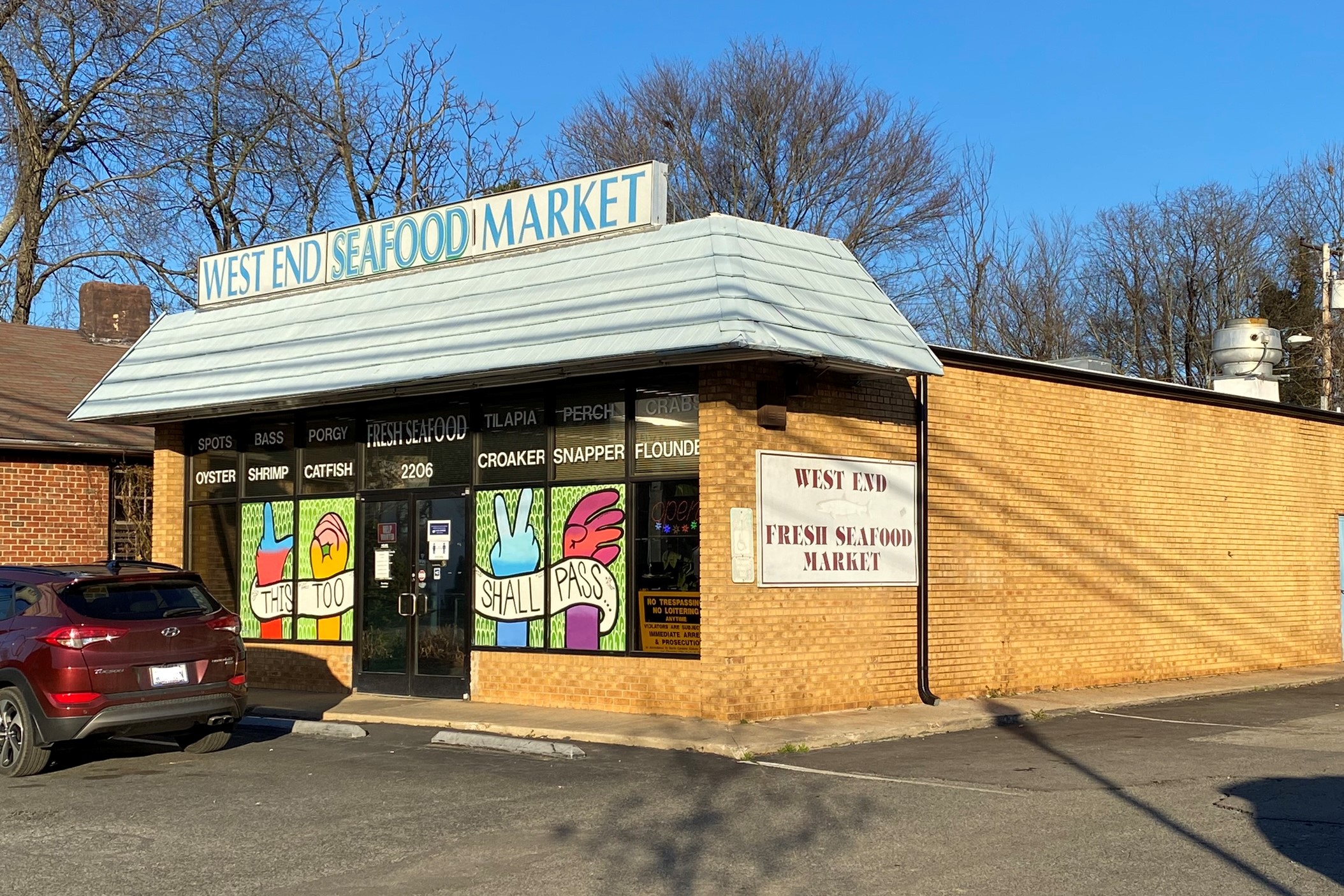 People travel from across Charlotte to buy fish from the West End Fresh Seafood Market, which opened in 1998. Photo: Gracyn Doctor | WFAE

On a recent chilly Friday afternoon, Bernetta Powell hopped out of her car and hurriedly walked into the West End Fresh Seafood Market. She threw on her work hat and headed behind the counter, ready to ring up customers.

It was a busy day at the seafood market. Powell’s husband, Clarence, stood behind another counter, pulling fresh pieces of fish off ice and piling them on a tray before weighing them on a scale. Customers trickled in and he took their orders while his wife passed them out. Some people walked out with personal to-go plates and others left with big, aluminum pans full of fried fish.

It’s all a big change from last spring, summer, and even the fall.

“You see how many cars are there now?” Powell asked. “You wouldn’t see that then. You will see a car once every blue moon. It was deserted around here.”

But there was no “marching” last year with stay-at-home orders due to the coronavirus going into place during that very month. Powell began to worry. No one was coming in to buy fish. Bills began to pile up.

So, Powell decided she would close the store and find a job until things picked up.

“I was thinking, ‘This gonna be a temporary close,’” she said. “We’re going to get back up. I’m gonna go find something, somewhere to make some money to pay off some of these bills I owe, these utilities I owe.”

That feeling was short-lived. She says she noticed the rows of empty shelves in the Food Lion across the street. She prayed and decided to stay open but with reduced hours, just opening the doors from Wednesday to Saturday. This allowed her time to clean and sanitize the store.

During this time, she also hosted food drives to serve neighborhood kids and parents who were home and may have been struggling to buy food.

“July historically is the biggest month of the year for selling fish because you have a lot of people doing a Fourth of July, a lot of family reunions,” Powell said. “You have a lot of churches that do fundraisers. This (past) July, I couldn’t even tell it was July.”

Powell said she began to feel depressed. Her faith was being tested. She spent a lot of her spare time praying for answers and taking free business classes for tips on how to survive. She got some help from the city to pay her employees and provide personal protective equipment, like masks and plexiglass shields.

Powell opened the West End Fresh Seafood Market in December 1998, but she’s been coming into the building where it exists for much longer. She worked there as a teenager when it was called Queen City Sundries, a pharmacy owned by a Black pharmacist named Dr. Phillips. Phillips built it from the ground up in 1963 after being pushed out of another part of the city due to “redevelopment.”

As customers scanned the fish counter on a recent day, deciding on what to get, Powell called out order numbers. People stood around chatting while waiting in the growing line.

Mike Davis and his mom come once a week. They order ahead then sit in the car, enjoying their meals before driving off.

Elizabeth Gray-Samuel, meanwhile, has been coming to the market for over 10 years. Every week, she travels from the University City area to Powell’s seafood market in Charlotte’s West End. She likes the selection of fish and the atmosphere. But West End Fresh Seafood Market being a Black-owned business and a staple in the community also keeps her coming back.

“It’s a proudness, that I’m so happy that our people have something nice like this,” Gray-Samuel said.

Even with all the struggles of the past year, Powell said she’s excited about the future. A grant from Charlotte Center City Partners is helping with her plans to install a walk-up window, outdoor seating, and a mural featuring some of Charlotte’s Black trailblazers, like Hattie “Chattie Hattie” Leeper, Charlotte’s first Black woman radio DJ.

Because West End Fresh Seafood Market is not just a place to buy fish. It’s a part of the community.