Local clothing retailers share ups and downs of business as many Charlotte workers remain at home. 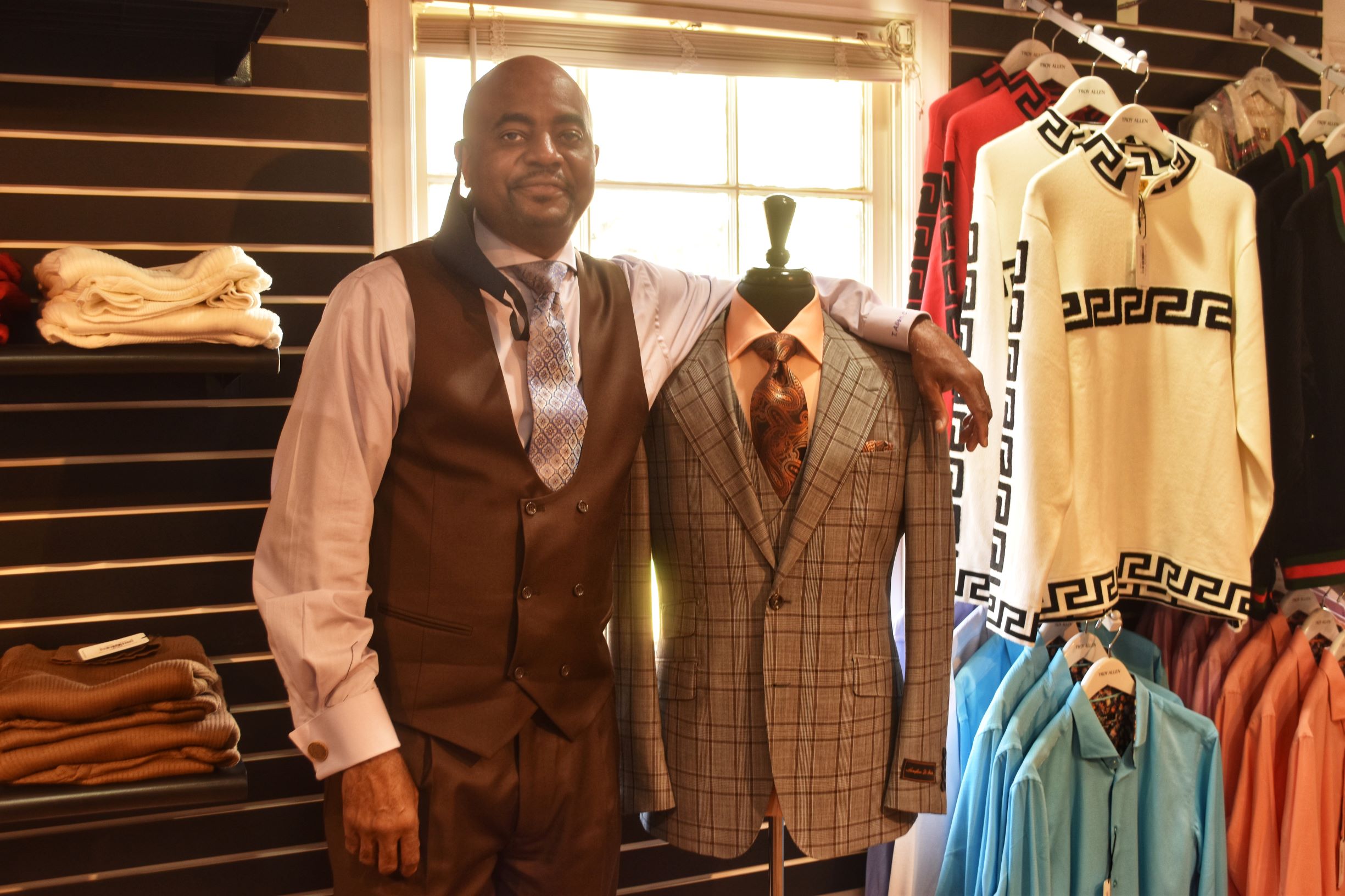 It’s been a tricky 11 months for fashion retailers navigating entrepreneurship during the coronavirus pandemic.

Troy Robinson Sr., 58, hoped his reputation as a man with an eye for sharp suits would drive sales to his new boutique, Troy Allen Clothier. He opened the small shop in the Cotswold neighborhood on Black Friday in 2019.

The empty nester, father of four relocated from Columbus, Ohio, with his wife in 2017 to escape harsh winters. It also meant closing his previous store, Tjazz Fashions, in downtown Columbus. His client list was a who’s who of Ohio State football alumni, including 2006 Heisman winner Troy Smith, and other high-profile shoppers.

To grow clientele in Charlotte, he bought radio ads and TV spots highlighting his collection of suits and accessories geared toward businessmen and pastors. It gained some traction, netting sales from new customers. However, promotions ceased once Gov. Roy Cooper’s executive order closed all non-essential businesses last March.

Robinson has been in the clothing industry for over three decades, and the Covid-19 period isn’t the first time he’s weathered through an economic crisis.

“I’ve been through this type of stuff before,” he said. “The housing crisis [during the Great Recession], it hurt me. Seven, eight months, stuff was bad. I was biting my nails.”

He approached the pandemic with the same outlook as he did with challenges in the past.

“I just tie my shoes, take my belt and hit it to the next notch, and figure out what can we do?” he said.

Personal finances kept him afloat the four months Troy Allen Clothier was closed. When the boutique reopened in July, Robinson’s strategy relied on word-of-mouth and technology.

Each Monday, Wednesday and Friday, Robinson hosts “601 Live” on his Facebook and Instagram pages where he talks directly to viewers about items in the store. While some can shop virtually, Robinson says customers around his age are “touchy-feely” and need to try on the clothes.

A customer walked into the shop during our interview ready to purchase a sports coat he saw on one of Robinson’s live sessions. The customer was Eric Warren, a retired pastor who first met Robinson in Columbus nearly 20 years ago.

“I called him up and asked if he had it in my size. I know what I like, and when I see it, that’s it,” Warren laughed. “When I walk in somewhere, I don’t want everybody to have my suit on.”

Robinson says he achieves that by creating a limited supply of each style.

Although he still faces financial challenges, Robinson is grateful for the support of his wife. Her career in the healthcare industry has kept a steady paycheck coming in. He says they also leveraged credit cards to pay the bills.

The sacrifice is worth it, he says, if you love what you do.

For Charity Washington, the pandemic has been a blessing in disguise.

The mother of two boys is a stylist and owns Captivate, an upscale women’s clothing boutique.

“The pandemic, as a business owner, is terrible,” she said. “But as a family person, it’s a good thing. I’ve spent so much time with my kids.”

Before the coronavirus pandemic, Washington operated store locations in Carolina Place Mall and SouthPark Mall. She says a typical day included customer fittings in the stores and house calls to a handful of private clients. It was common to host in-store events. (She’s big on fashion shows.)

Mall traffic tanked as more people stayed indoors to prevent community spread of the virus. During that time, Washington tapped into her personal savings to keep the bills paid. After Gov. Cooper eased restrictions allowing malls to reopen at limited capacity, sluggish sales and landlord issues led Washington to close the Carolina Place Mall location. She reinvested the money into an online platform for customers to shop from home.

“Online was able to pull numbers that the store wasn’t doing,” she said.

Captivate’s inventory reflected Washington’s “girly-girl” style of dresses and suits. Now that home offices and Zoom meetings are the trends, she includes more loungewear to the racks — sweatsuits, t-shirts and jeans.

“It’s crazy because the first thing that sells out is a sweatsuit,” she said.

Washington hasn’t had to lay off any of her five employees, but she’s had to reduce their hours since SouthPark Mall shortened its opening times.

What keeps her up at night? Thinking about her next move.

The entrepreneur has always dreamed big and doesn’t allow herself to get complacent. Currently, she’s studying to earn her real estate license and wants to get into the luxury market.