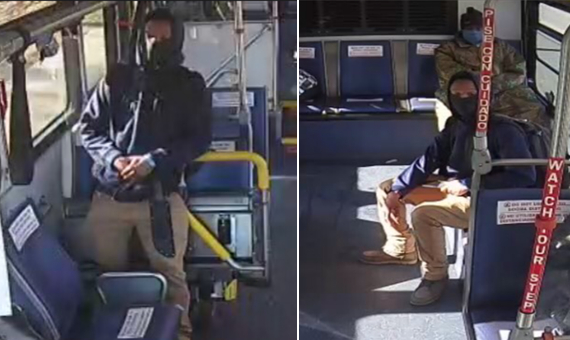 CMPD released these images of a man suspected of using a machete to stab two people aboard a CATS bus.

Update, Feb. 5, 2021: On Friday, the police announced the arrest of a 27-year-old man, who was charged with two counts of attempted murder.

“The CMPD would like to thank the community for their assistance in identifying the suspect in the case,” the Charlotte Mecklenburg Police Department said in a statement.

Charlotte-Mecklenburg police were looking for a man suspected of stabbing two people with a machete while riding a Charlotte Area Transit System bus on Wednesday.

CMPD released a photo of the man and asked for the public’s help in identifying him.

The incident was reported around 3:32 p.m. in the 2100 block of E. 7th St. According to CMPD, the man was riding the bus when he pulled out a machete and stabbed two people. He was wearing a face covering.

Both victims were taken to a hospital and were expected to recover from their injuries. The suspect was last seen walking on 7th street.