With awareness of racial disparities growing in White communities, and with a new federal administration, the time has come for bold action. 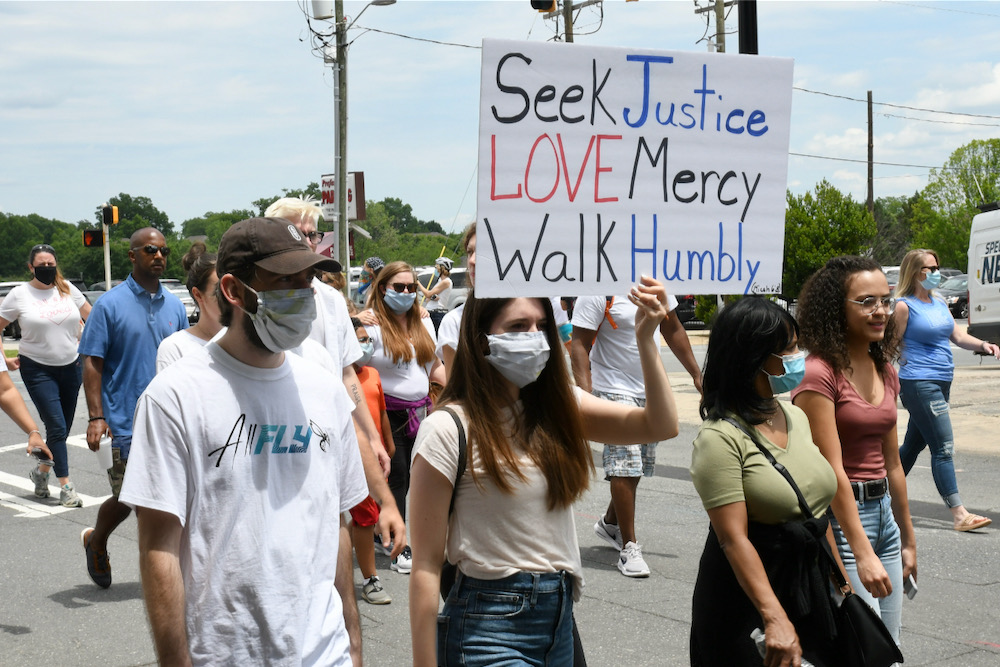 Jennifer Roberts is a former Charlotte mayor and former member of the Mecklenburg Board of County Commissioners.

Racial disparities have been talked about in Charlotte and Mecklenburg County for decades. I remember when I first ran for County Commission in 2004, how important it was to recognize that Black and Brown communities were being left behind in many ways. Many of the issues I focused on improving were connected to these disparities.

The County Commission back then worked to increase the percentage of county contracts going to minority-owned businesses, with a goal of hitting 10% for minority-owned companies. We hit 10%, but that was nowhere near what true equal opportunity would look like in a county where 33% of the population is Black.

More recently, a disparity study commissioned by Mecklenburg County in October 2020 found “significant basis for an inference of discrimination in its public contracting.” Basically, we are not making progress.

Thank goodness Mecklenburg County is now considering a more sweeping focus on eliminating racial disparities with a new resolution being introduced by Commissioner Mark Jerrell. With the awareness of racial disparities growing in the White community, and with a new federal administration focused on racial justice, it is time for bold action.

Several grass roots organizations are working on recommendations, including Reimagining America Project: Truth Reconciliation and Atonement Commission Charlotte (I serve on its steering committee), a non-partisan and diverse group led by Rev. Dr. Rodney Sadler whose mission states, “The time has come to foster systemic change, and there is no longer time to wait for others to do the work that needs to be done to end White supremacy and systemic racism.”

Another powerful grassroots group, led by Rev. Willie Keaton, is Restorative Justice Charlotte. Several of Jerrell’s ideas are, to a large degree, based on their 2020 resolution for “restorative measures in the areas of education, faith communities, business, housing (anti-displacement, land values and ownership), criminal justice, and mental health.” Rev. Keaton has been in numerous conversations with both city and county officials to make the case.

The timing is perfect. It is time for government and business to put some money behind these recommendations.

If Mecklenburg County takes up this resolution and begins to budget for real change in the areas suggested by Commissioner Jerrell – community college education, job training, increased access to healthcare, fair lending for home ownership, and support for Black entrepreneurs – it will be a great start.

We need for community members of all races, districts and political parties to write their county representatives and weigh in on these bold steps. But it is just a start, because the injustice in our systems resides in other areas that are under the control of other elected bodies.

You may note that Jerrell does not include criminal justice reform, because that is largely a city and state responsibility. Luckily, at the state level, positive and concrete recommendations have been sent to Governor Cooper for criminal justice reform, from the NC Task Force for Racial Equity in Criminal Justice. The framework for needed reform is there. Meanwhile, the City of Charlotte has begun some policing reforms — “Eight Can’t Wait,” the use of police body cameras, and faster release of video footage – but they have yet to vote on anything sweeping or visionary like Restorative Justice, or Truth, Racial Healing and Transformation, which is the name of the federal legislation recently introduced by Congresswoman Barbara Lee and Senator Cory Booker.

I am not implying that the city, county and state are doing nothing. There has indeed been effort and money dedicated to improving racial equity, justice, and inclusion, but it is not nearly enough. I also acknowledge that I was part of local government and this “incrementalism” that has plagued our progress, in my time as a commissioner and as Mayor.

A case in point when it comes to the scale needed for real progress: the County has allocated only $109,000 in its FY20 budget for increasing minority contracting, which amounts to one full-time and one part-time position. In a county of over 1 million people, one third of whom are African American, that is the proverbial “spit in the bucket.”

If we are to use this rare window of opportunity to begin bold changes, we have to dream bigger. We have to believe this is the time for our moon shot on racial equity, an opportunity to truly level the playing field for the talented, innovative, energetic, and valuable community members we have in our African American, Latinx/Hispanic, Native American, and Asian Pacific Islander communities.

If you agree, take two minutes today to email the Mecklenburg County Commissioners and the county manager and say that you support bold steps toward Restorative Justice as outlined by Commissioner Jerrell. As with most policy, if community members do not speak up, officials will not be moved to act. And we cannot afford to lose this opportunity, yet again.