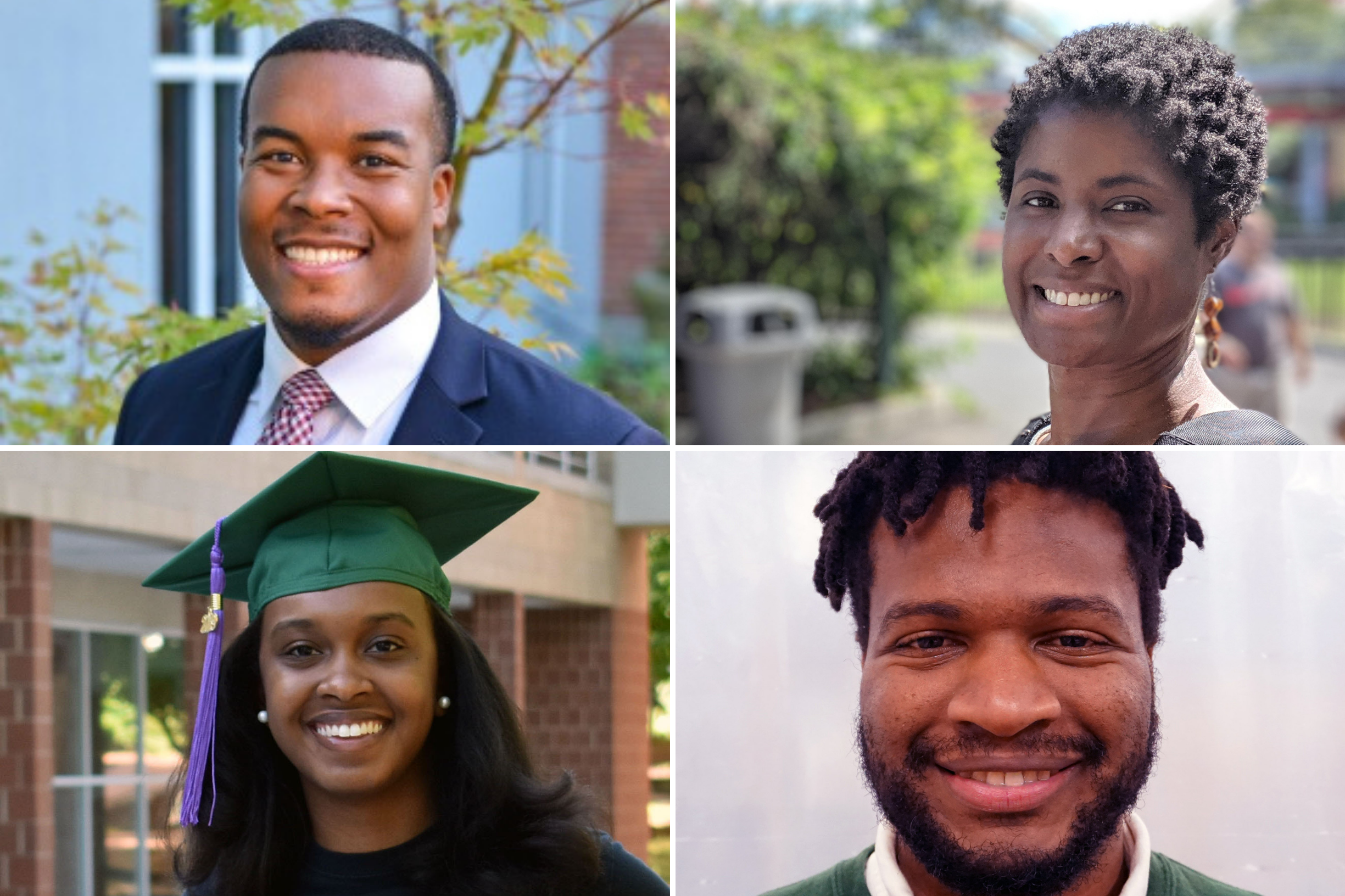 Two dozen candidates answered the call in December when New York-based ATCO Properties & Management announced that it wanted Black architects, and emerging Black architects, to be part of the next development phase of Camp North End.

Twenty-four submissions for the design competition were narrowed to 10, and on Wednesday, four winners were announced.

Why it matters: The underrepresentation of Black professionals in the architecture industry translates to both inequities within the profession and missed business opportunities. According to the National Organization of Minority Architects, licensed Black architects represent 2% of the industry — 0.2% are Black women.

Called the “Keswick Platform” at Camp North End, the 35,000-square-foot space at 701 Keswick Avenue will contain up to seven pavilions leased to local small businesses and food and beverage concepts.

“We are thrilled with the response we received for this competition,” Damon Hemmerdinger, co-president of ATCO Properties & Management, said in a statement. “By recognizing these talented professionals and shining a light on their innovative designs, we hope to elevate the important work of Black architects in Charlotte and create more equity in the design process as well.”

The juried design competition was open to architecture students, designers and licensed architects. The 10 finalists each received $1,000, with the winners awarded an additional $2,000. Representatives from S9 Architecture, BB+M Architecture and ATCO Properties selected the finalists and winners.

Learn more about the winning designers and their designs below.

Thomas was intrigued by the idea that Camp North End developers planned to implement the winners’ concepts.

“It wasn’t a normal design competition where you’re going to do something hypothetical, and then everybody was going to forget about it,” he said. “It was actually going to get implemented, and I just had to have a piece of that.”

He knew he wanted to incorporate Charlotte’s Black community into his design. His concept focused on the past and present of uptown Charlotte.

Thomas used a reclaimed metal panel as his base material and etched a map of uptown Charlotte within it to showcase the area’s high-rises and skyscrapers. Strategically placed LED lights will backlight the panel where historically Black communities and buildings once existed in uptown.

“It’s a constant reminder when you sit there, look at the panel and then look up and see uptown,” Thomas said. “It’s meant to be a really compelling and impactful reminder of what the history actually was and what the story of Charlotte really is.”

In addition to her day job as an architect, Reddrick is also an adjunct professor in UNC Charlotte’s School of Architecture. That’s where she learned about the Camp North End design competition from a student who shared the opportunity with faculty.

Reddrick, a Charlotte native, lives within walking distance of Camp North End in the former Fairview Homes/Double Oaks community. She found it exciting for a chance to be part of the area’s growth.

“I’ve seen how it [Camp North End] has spurred development in the area where I live,” she said. “So, the opportunity to contribute to it even in a small way was exciting to me. And, I also love a good competition.”

Her design submission was inspired by the history of Fairview Homes, which opened in 1940 for low-income Black residents. It was one of Charlotte’s first efforts at public housing. It was an area she previously studied, even lectured about it.

Reddrick’s design pays homage to Charlotte’s Sanborn maps, which have recorded 100 years of growth and change in Charlotte’s North End. She used metal channels and pressure-treated plywood street signs to commemorate street names that no longer exist. She described her concept as looking forward while remembering the past.

For Pullen, a 2020 graduate of UNC Charlotte, the design competition was a test.

“This was my first time designing something from scratch, from my own thought,” she said. “It was a test for me to see what I’ve learned from work and what I can remember from school, and try to make something that other people would like.”

Pullen knew Camp North End was a popular spot, but she’d never been there. Once she decided to enter the competition, she visited for the first time to find inspiration. It took about a week to figure out what she wanted to do and another three days to finalize her creation.

Her design concept highlights Camp North End’s existing buildings but leaves room for a tenant to customize. A shared wall can provide space for a mural, shelving or hanging display items.

Several people encouraged Halim to submit his work, the first being artist Dammit Wesley of BLKMRKTCLT.

“It just gave me a good feeling that I was supported and valued as a designer,” he said.

Halim was inspired by Camp North End’s brickwork. The unique masonry, he said, connects the past and present. He brought in recycled plastic tile to bring in a modern feel. The site’s former railroad tracks direct the eye to the entrance. They also serve as a frame for the new mural and window display. Additionally, there’s color-changing LED track lighting on the ground floor.