This week, we discuss "One Night in Miami," "Euphoria," "#blackAF" and "Locked Down." Tell us which are on your watch list. 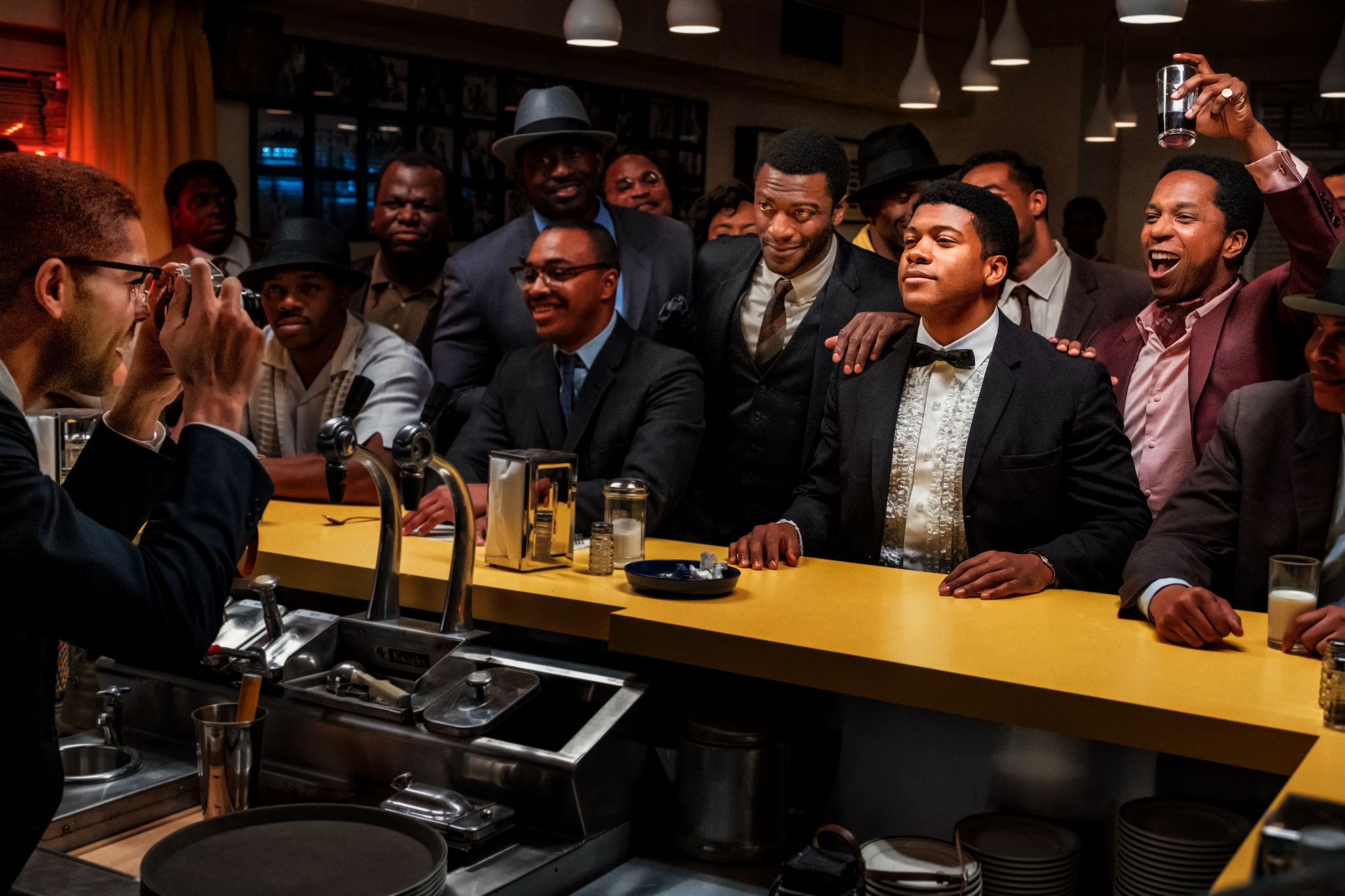 Recap: Featuring Chiwetel Ejiofor and Anne Hathaway, this romantic comedy takes place at the beginning of quarantine in London. The couple recently separated but Covid-19 forced them to live together for months.

The movie starts showing the hate the two have for each other and reminds you of the craziness that was the beginning of quarantine – toilet paper, boredom, cheering for health care workers, etc. The couple eventually decides to work together as they plan to steal a diamond worth 3 million pounds. Yes, it’s a weird plot twist.

Opinion: “Locked Down” starts off a little slow and is quite depressing as you relive Covid and watch two people hate each other. I didn’t love that they made Ejiofor’s character an ex-convict who couldn’t hold a great job due to his past.

The movie picks up as the couple plans how they’ll steal the diamond and then executes. This is the type of movie to watch on a weekday after working from home and you just need something to watch as you unwind. (BL)

Where to watch: Stream anytime on HBO Max.

Recap: Created by writer and producer Kenya Barris, this sitcom focuses on the lives of a wealthy Black family in Hollywood. The show’s premise is inspired by Barris’ own life, and the “black-ish” creator even plays himself.

Barris and his wife, Joya (Rashida Jones), have six children in the show. One of their daughters, Drea (Iman Benson), decides to document the family for her NYU Film School application. She catches all their shenanigans on film — including arguments, comedic conversations, candid interviews and a Juneteenth celebration.

Opinion: From beginning to end, I thoroughly enjoyed this show because it depicted a Black family that wasn’t poor or struggling to get by financially. Black people can have money, be successful and have careers. Black characters in films and television shows don’t have to be slaves, criminals or athletes all the time.

The show is funny and doesn’t hold back from voicing its opinion on issues affecting the Black community. Barris did receive a lot of backlash from Black critics and media for the show’s title, but every main character is light-skinned. This criticism didn’t affect my thoughts on the show. (JL)

Where to watch: Stream Season 1 on Netflix. #blackAF has been renewed for a second season.

One Night in Miami

Recap: “One Night in Miami” is a fictional recount of a February night in 1964 when Malcolm X, Sam Cooke, Muhammad Ali and Jim Brown spend an evening together after Ali’s win.

Directed by Regina King, the movie was originally a stage play. The plot focuses around conversations between the four men. The conflict between Sam Cooke and Malcom X, who wants Cooke to be more active in the Civil Rights movement, escalates throughout the film. The film also discusses Muhammad Ali’s transition into the Nation of Islam.

Opinion: This movie feels like you’ve stepped into a private conversation between four icons. Each of their personalities, emotions and perspectives help you make a connection with the characters. It certainly made me see Sam Cooke and Muhammad Ali in a different light. The end of the movie shows how this night supposedly affected each character in their futures. (BL)

Where to watch: Stream it on Amazon Prime. It’s already being called one of the best movies of the year, so look out for it at award shows. Also, if the movie gets you in the mood for some Sam Cooke, here’s a great playlist from Apple Music.

Recap: Rue Bennett (Zendaya) is a functioning teenage drug addict who doesn’t know her place in the world. While Rue’s the main focus of the drama series, each episode follows one of her classmates. It sheds light on a litany of issues that high schoolers deal with nowadays — including transphobia, homophobia, addiction, sexual harassment, alcoholism, body dysmorphia and more. Hip-hop superstar Drake is an executive producer of the show.

Opinion: Zendaya won an Emmy Award for Best Actress in a Drama Series for her performance in this show, and she deserved it. In complete transparency, I only watched this show because I heard Drake was connected to it, but I was pleasantly surprised.

The cinematography, acting and writing are top-notch. Although it follows teenagers, it’s very much an adult show because of the graphic scenes. I wouldn’t let my children watch, but it’s certainly a must-watch for everyone else because of the deep material. (JL)