King delivered his remarks in a prerecorded message on the national holiday that honors his slain father. 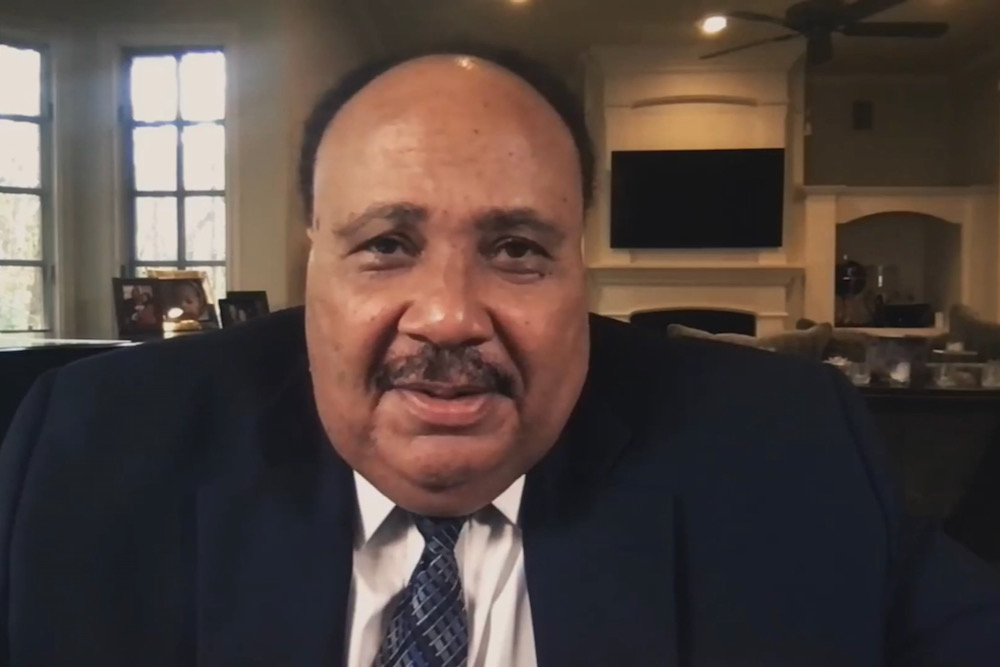 As the United States continues to reckon with its legacy of racism, Martin Luther King III said the time has come for older civil rights leaders to step aside in favor of younger activists.

King delivered his remarks Monday in a prerecorded message on the national holiday that honors his slain father, the Rev. Martin Luther King Jr. The webcast was sponsored by the YMCA of Greater Charlotte, which hosts an annual MLK Day breakfast to benefit the McCrorey YMCA. Because of the coronavirus pandemic, this year’s event was held virtually.

King, the eldest son of the renowned civil rights leader, spoke on a number of topics, including his enduring belief that freedom, justice and equality for all humankind can be achieved.

“I always say every January, ‘While we did not fulfill the dream last year, it’s very interesting that we have an opportunity, in my judgment, to fulfill elements of that dream this year,’” King said.

To bridge the gap in our divided country, King said we must look to close the nation’s wealth gap. Before the pandemic began, he said, Black families in the United States had managed to accumulate, on average, about $15,000 in net wealth, far less than the $170,000 accumulated, on average, by their White counterparts..

King said the nation must make resources available to African American businesses so that more of them can grow. He also called for addressing the practice of redlining in the insurance industry.

“When you live in a certain area, your insurance is much lower than if you’re living in an urban community,” he said.

“In the United States of America, everyone should have the best health care,” he said. “It’s something wrong with our system as it relates to health care, and particularly health care for the poor and communities of color.”

“If we’re the ones impacted the most, then we also need to get a larger share of assistance and support, and I think that is a part of what we hope to see happen,” he said.

King said Black Americans must continue to demand accountability from the health care system, even as national polls show that many Black residents harbor a deep distrust of the Covid-19 vaccinations that are needed to save lives.

King also turned his focus on large corporations, which he said are “changing their complexions” and hiring or promoting Black people. Still, he said it’s abysmal that only four or five Black CEOs are heading Fortune 500 companies, especially when Black people make up 13% of the nation’s  population.