Questions were raised about potential conflicts of interest after Mitchell became president and part-owner of a construction company that does business with the city. 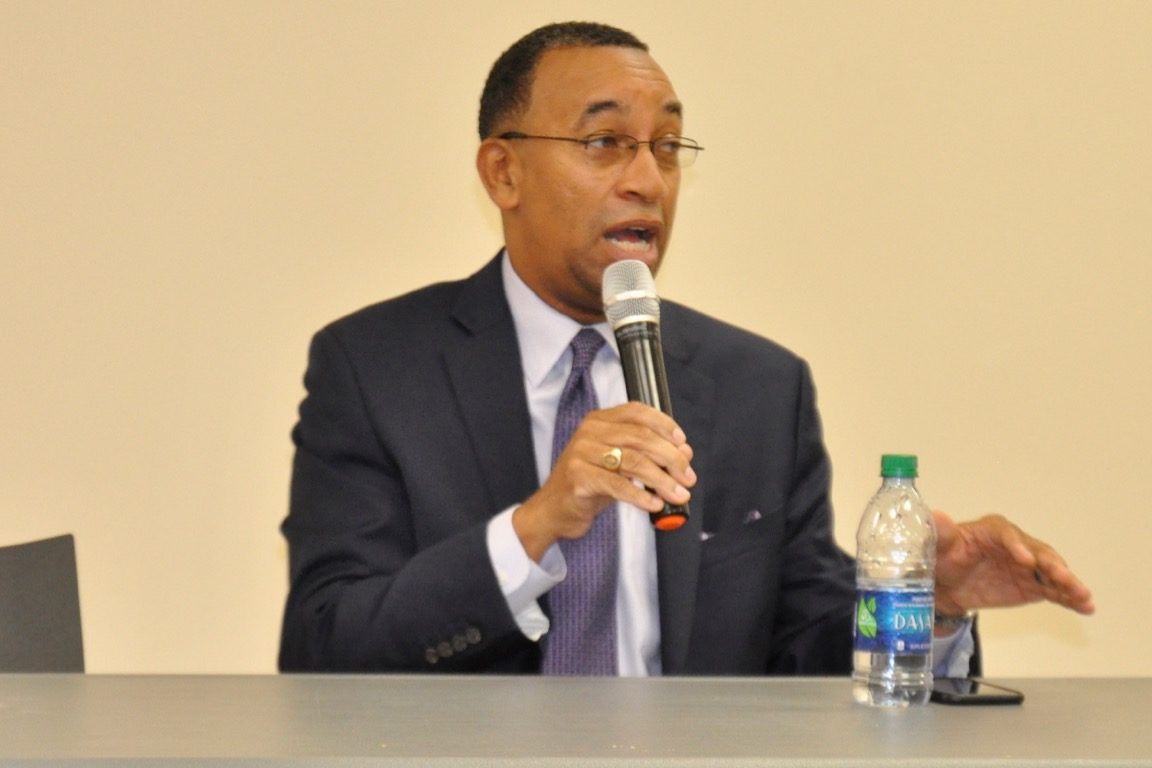 James “Smuggie” Mitchell resigned Monday from Charlotte City Council amid suggestions that his new job as a construction company president posed a legal conflict with his position in city government.

Mitchell was introduced earlier this month as the new president of R.J. Leeper Construction, a Black-owned firm that does business with the city. News of Mitchell’s appointment to run the company came on the same day that Bright Hope Capital, a newly formed investment firm, announced that it had bought R.J. Leeper. Mitchell owns 25% of R.J. Leeper.

Mitchell said Monday that he had been unaware of a state law that governs conflicts of interest in local government.

“Stepping away from City Council is an incredibly tough decision for me because serving the citizens of Charlotte over parts of four decades has been one of my greatest joys and privileges,” he said in a statement released Monday, hours before making his resignation official. “But doing so will allow me to focus fully on growing R.J. Leeper as a vehicle for creating opportunity in our community, especially for people of color.”

In an article published last week by WFAE and The Charlotte Ledger, Mitchell said he would recuse himself from any council votes involving RJ Leeper. But according to WFAE, Mitchell met with City Attorney Patrick Baker on Friday to discuss possible conflicts of interests.

During a virtual press conference Monday, Mitchell said he and Baker discussed North Carolina statute 14-234, which prohibits elected officials from personally benefiting from contracts they administer. And with Mitchell’s ownership stake in R.J. Leeper being more than 10%, the law also would bar the company from doing business with the city, even if Mitchell recused himself.

Mitchell said he and board members of R.J. Leeper had come up with an agreement that would have allowed the company’s vice president of operations, Gary Morgan, to be responsible for all city contracts involving the construction company.

Mitchell, a Charlotte native, was first elected in 1999 to represent District 2. He ran for mayor in 2013 but lost to Patrick Cannon in the Democratic primary. He returned in 2015 as an at-large candidate and was in his third, two-year term. He was chair of the city’s economic development committee.

Mitchell said he leaves city council with two regrets — how he handled the 2016 police killing of Keith Lamont Scott and losing the CIAA basketball tournament to Baltimore, which he said he took personally because he was a part of the recruitment team that brought the tournament to Charlotte.

Mitchell said he’d like to see a black woman replace him on City Council. He said he has a short list of people with whom he plans to meet and encourage to run.

Correction: James Mitchell owns 25% of RJ Leeper Construction. An earlier version of this article incorrectly stated that he owns 25% of Bright Hope Capital. Also, Mitchell said he and board members of R.J. Leeper had come up with an agreement that would have allowed the company’s vice president of operations, Gary Morgan, to be responsible for all city contracts involving the construction company. An earlier version of this article incorrectly said the agreement was between Mitchell and city council member.