Charlotte sports in 2020: The impact of Covid-19 and Black Lives Matter

We take a look at how the health crisis and racial reckoning affected local sports. 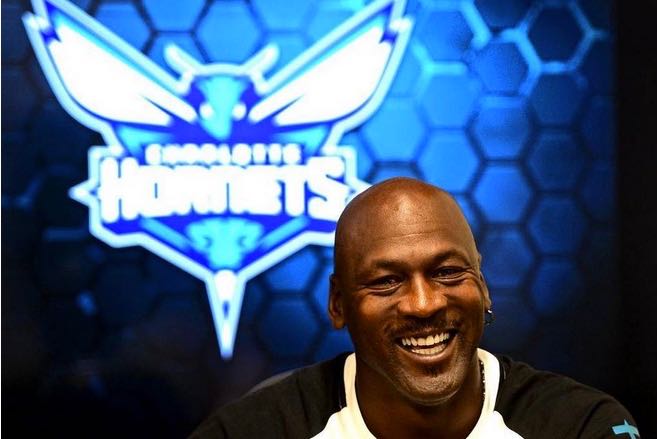 For Charlotte sports fans, the global health crisis upended the fan experience. Safety measures to help prevent the spread of the virus wiped out in-person gatherings to cheer on teams.

For many athletes, the killing of unarmed Black people felt personal. Nearly 82% of NBA players and 70% of NFL players are people of color. Players from both leagues have increasingly used their platforms to express personal views on racial equality and social justice.

In 2020, the CIAA ended a 15-year run of its men’s and women’s basketball tournament in Charlotte. Headquartered in the Queen City, the CIAA’s tournament gave Charlotte’s tourism industry a boost during the slow winter months. For a week each February, official and nonofficial events surrounding the tournament drew thousands of locals, visitors and vendors. The 2019 event attracted approximately 140,000 fans to the city and generated $43.7 million in economic impact, according to the conference’s website.

This year’s tournament festivities ended on Sunday, March 1 — just two days before North Carolina had its first confirmed case of Covid-19. By December, conference officials canceled the 2020-2021 basketball seasons, and in-person activities for the 2021 tournament, as confirmed Covid cases dramatically increased across the country.

CIAA had already announced the suspension of all fall sports — other HBCU athletic conferences had made a similar move. The decision resulted in the cancelation of traditional homecoming activities, a staple of the Black college experience.

The Charlotte Hornets’ season came to an abrupt end on March 11. That night, ahead of a game in Oklahoma City, Oklahoma, Utah Jazz center Rudy Gobert became the first NBA player to contract Covid-19.

After halting all games for approximately three months, the NBA invited 22 teams to an isolated “bubble” location in Orlando to complete the season and playoffs. League officials selected the top eight teams from each conference and the six teams in playoff contention for the restart. Charlotte, who finished the season 23-42, was not one of the invited teams.

As disappointing as the end of the season might have been for the Hornets organization and its fans, the offseason had some highlights. The Hornets received the third overall pick in the draft and selected LaMelo Ball — the most intriguing player in the draft.

The 19-year-old has spent the last few years playing overseas. His dad, LaVar Ball, is a businessman, personality and former Carolina Panthers player. His older brother, Lonzo, is also an NBA player. With LaMelo, the Hornets have arguably the most hyped player on the court and the largest pop culture influencer in the organization, behind Michael Jordan.

Speaking of the NBA legend and Hornets owner, Jordan was the mediator between the players and owners following the police shooting of Jacob Blake in Kenosha, Wisconsin. Several players wanted to cancel the season in protest of the social injustice. Even though his team was not in the bubble, Jordan stepped in as the league’s only Black team owner.

During the season’s initial hiatus, ESPN pushed up the release of its 10-part documentary, “The Last Dance,” chronicling Jordan’s final season with the Chicago Bulls. It filled in the sports schedule gap and brought relief to basketball fans who struggled without any games to watch. Fans were locked in Sunday evenings for five weeks to watch two, hourlong episodes of the documentary. The series won an Emmy for outstanding documentary or nonfiction.

Jordan is becoming more visible and vocal to issues related to racial justice. In the weeks following the police killing of George Floyd in Minneapolis, Jordan and Nike’s Jordan Brand committed $100 million over the next 10 years to racial equality and social justice initiatives. Initial recipients included Black Voters Matter, the NAACP Legal Defense and Educational Fund, Inc. and the Formerly Incarcerated & Convicted People and Families Movement.

Jordan also completed a deal that made him one of NASCAR’s only Black team owners. He signed Bubba Wallace as his car driver. Wallace is the sport’s only Black driver racing full-time at its highest level.

In June, the statue of former Carolina Panthers owner, Jerry Richardson, was removed from Bank of America Stadium. Richardson’s controversial exit from the organization — resulting from claims of racial and sexual harassment — ignited rumors of toxic culture within the franchise.

As part of his purchase of the team, David Tepper was told the statue was to remain in perpetuity. The team said local protests and fear of damage was the reason for its removal.

In the past, Panthers players have vocalized fears of backlash from ownership if they participated in any racial injustice demonstrations. Tepper’s leadership seemed to allow for a different, more open direction.

Tepper called out President Trump for negative comments toward player demonstrations during the national anthem. The Panthers signed Eric Reid, who made headlines for kneeling during the anthem alongside former San Francisco 49ers teammate Colin Kaepernick. As a Panther, Reid continued to kneel and be vocal on racial and social injustices.

The NFL faced criticism on the handling of Kaepernick, the national anthem and the Black Lives Matter movement. NFL commissioner Roger Goodell later apologized for not listening to Black players, and the league pledged $250 million towards social justice.

Covid-19 has also impacted Tepper as an owner. Due to Gov. Roy Cooper’s executive order, attendance at Bank of America Stadium is limited to 7% or roughly 5,200 people. Major League Soccer awarded Charlotte an expansion team, but its debut, originally set for January 2021 is pushed back to 2022.

Questions we’re asking as we head into the new year:

Will the CIAA return to a regular schedule for the 2021-2022 season? If so, will fans be allowed to attend? And what will the experience be like? How will the pandemic affect basketball and the tournament in Baltimore moving forward?

Under the circumstances, the NBA bubble was a success. No one in the bubble caught the virus and they were able to finish the season. The league didn’t start the current season in a bubble and already had to postpone a game within the first two days.

Will the Hornets stay healthy? Will Ball live up to the hype and earn Rookie of the Year? How will the team fare this season? What can we expect to see from Jordan this year as an owner, philanthropist and Black leader?

For the third consecutive season, the Panthers finished with a losing record and missed the playoffs. What personnel moves will they make in the offseason? Will Gov. Cooper allow the Panthers to restore full-capacity attendance at Bank of America Stadium? Will we continue to see social justice initiatives active across the league?