What’s in the stimulus package for HBCUs? Loan forgiveness

The federal government will erase $1.3 billion in debt that historically Black colleges and universities took on to build, repair and renovate their buildings. 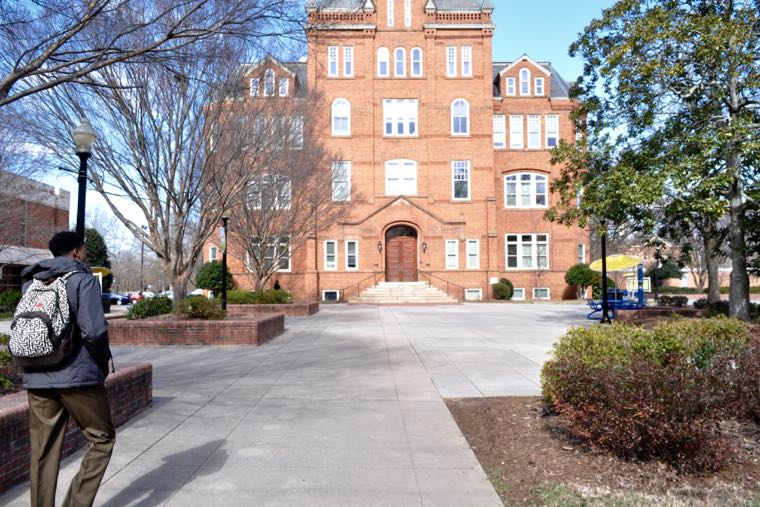 Coronavirus aside, it’s been a promising year for historically Black colleges and universities.

Tucked inside the $900 billion economic relief package passed by Congress on Monday is a small provision that will erase $1.3 billion in institutional debt at HBCUs.

The money was borrowed over the years to build, repair and renovate classrooms, libraries, laboratories and dormitories on HBCU campuses. Now the latest stimulus package instructs the Department of Education to pay off those federally-backed loans — interest, principal and fees — on behalf of the debtor schools.

Why it matters: HBCU advocates say the money saved by the schools can be put to other uses, such as providing financial aid to more students of color who can’t afford college.

“This debt forgiveness is nothing short of transformational for HBCUs…,” Michael Lomax, president and CEO of United Negro College Fund (UNCF), said in a statement.

A proposal by Adams

Rep. Alma Adams, who represents much of Charlotte in the 12th congressional district, first proposed HBCU loan-forgiveness back in July, and House Democrats included her proposal in the stimulus package. Adams, a former educator, has made assisting HBCUs a central part of her work in Congress. She also has backed forgiveness of billions of dollars in student loan debt.

Late Sunday, after congressional negotiators had put the final touches on the 5,593-page relief package and Adams’ bill had been included (page 2,839), her office issued a statement saying the loan forgiveness would allow HBCUs “to continue their mission of empowering communities of color.”

[Commentary: HBCUs have much to celebrate, but there’s still work to do]

As the nation has wrestled anew this year with issues of racial justice and historic discrimination, HBCUs, typically overlooked by wealthy philanthropists, have been the beneficiaries of several eye-popping gifts.

Lomax, the UNCF president, compared the loan forgiveness with those private acts of philanthropy.

As the stimulus package now goes to the White House for signing, HBCU advocate also praised other provisions in the bill that are designed to make college more affordable to students of color and those from low-income families.

Rep. Bobby Scott of Virginia, who chairs the House Committee on Education and Labor, in a statement said that access to higher education remains “the surest path to the middle class.”

“While this is not the comprehensive overhaul of the Higher Education Act and there is still work to be done, this proposal will help millions of students,” he said.

If you value journalism that values you, join our Press Club to support QCity Metro.