The City of Charlotte is seeking a local artist to honor Historic West End with a mural as part of the city's placemaking program. 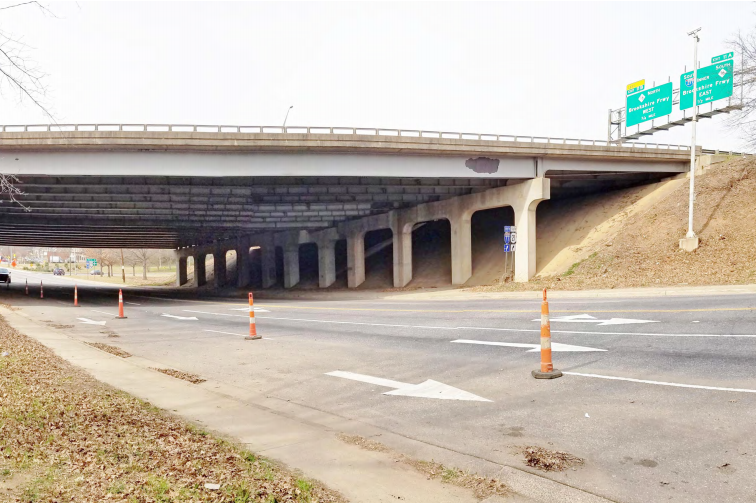 A local artist will be selected to create a mural — approximately 185 feet — as part of a gateway into Historic West End.

Through its Placemaking Program, the city of Charlotte is accepting proposals to design and install a wall mural at the West Trade Street and Interstate 77 underpass. Applicants must demonstrate in-depth knowledge of the history and culture of Historic West End.

The selected artist will be paid $30,000 for project design and installation.

Applications will be accepted through Jan. 5, 2021. The winning submission will be announced on Feb. 12. Click here for more information.

City officials allocated $3.1 million for enhancements to the I-77 and West Trade Street underpass. The mural is one component and will complement 2012’s “Passing Through Light,” which lights up the underpass through a sequence of LED lights.

Why it matters: These public artworks are part of the city’s effort to use urban design and placemaking to transform underutilized public spaces into vibrant places for people.

In November 2014, voters approved $20 million for the Comprehensive Neighborhood Improvement Program. In six Charlotte neighborhoods, the city will connect residents to major employment, institutional and retail areas through a network of streets, sidewalks, greenways and bike lanes. The areas included are:

Projects under the West Trade/Rozzelles Ferry Community Neighborhood Investment Plan — bounded by Beatties Ford Road, Morehead Street, Wilkinson Boulevard, Ashley Road and I-85 — also include Five Points Public Plaza, a $5.5 million public space near Johnson C. Smith University. According to the city, the plaza is scheduled to open next summer.