Fred Whitfield and Jacqie McWilliams are among the 31 individuals part of the North Carolina Sports Leadership Council. The group is helping to increase sports event tourism across the state. 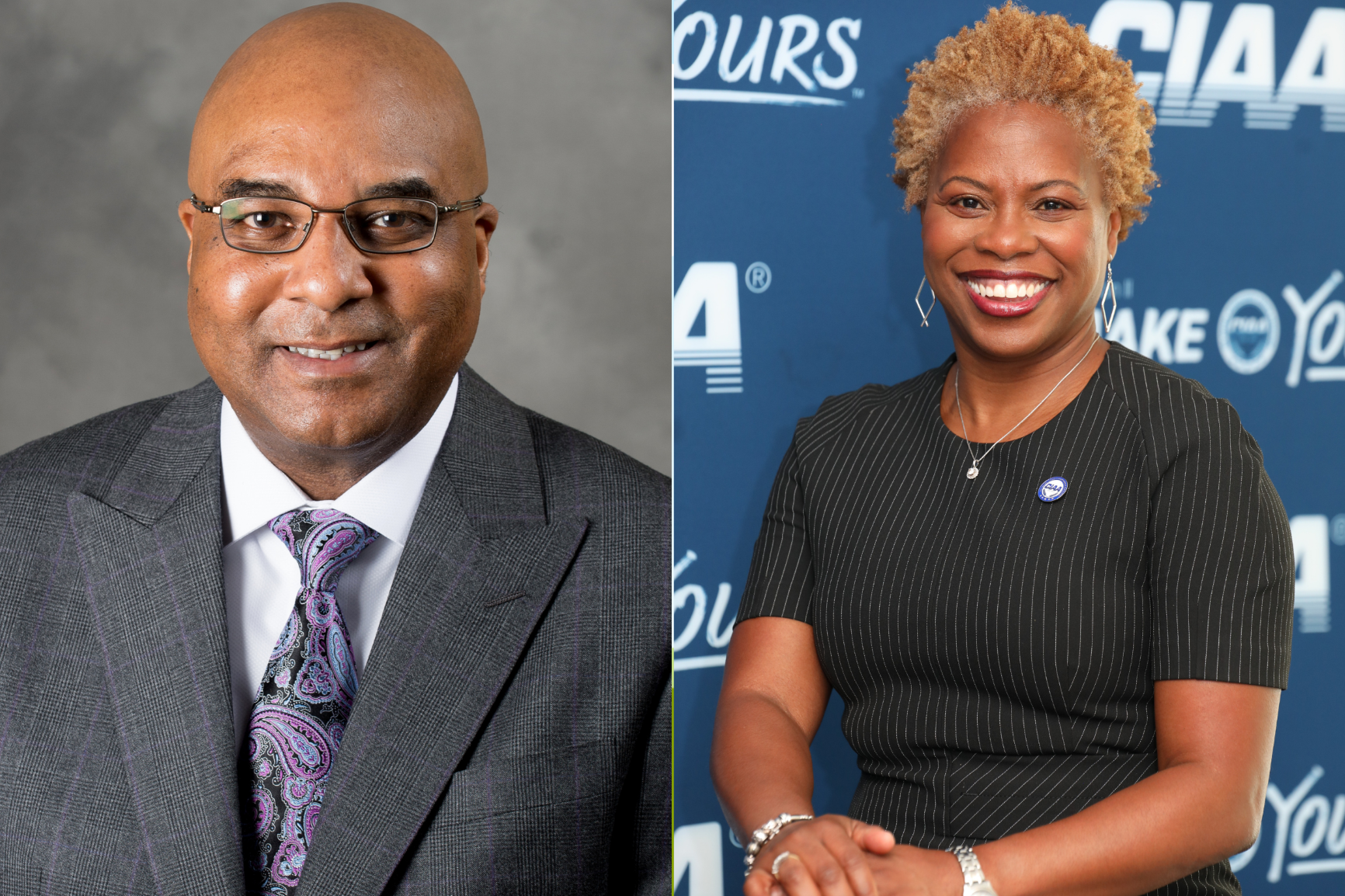 The North Carolina Sports Association recently announced the formation of its leadership council that will serve as a collective voice on issues impacting sports event tourism.

Since the onset of the Covid-19 pandemic in March, live sporting events in North Carolina have either been canceled or significantly limited due to restrictions in place to curb the spread of the coronavirus. In June, North Carolina averaged 1,000 new Covid-19 cases daily, but as of Monday, the state’s rolling seven-day average of new cases topped 6,000, according to the state Department of Health and Human Services. North Carolina hasn’t seen this high of an average since the pandemic began.

Karen Brand, director of communications for the Charlotte Regional Visitors Authority, said in 2019, visitors spent $7.8 billion in the Charlotte region, including attending events held at venues like the Spectrum Center in uptown Charlotte. Brand did not have specific numbers on the region’s economic loss in tourism since the pandemic, but she said youth and amateur sports give the CRVA hope for recovery because they “weather economic downturns in the visitor economy the best.”

Fred Whitfield, president and vice chairman of the Charlotte Hornets, serves as the council’s honorary chairman.

Whitfield, who joined Hornets Sports & Entertainment in July 2006, said he accepted the council’s invitation because he thinks the group will be an important addition to the North Carolina sports landscape.

With Forbes calculating the Hornets’ value at $1.5 billion as of February 2020, the Spectrum Center has become the premier destination for sports and entertainment in the Carolinas, he said.

Notable events that have taken place in the venue over the past two years include the 2019 NBA All-Star Game and the 2019 Atlantic Coast Conference Men’s Basketball Tournament. This year, the arena also served as a voting precinct megasite for the general election.

The Hornets kicked off the 2020-2021 schedule on Saturday without fans in the stands to limit community spread of Covid-19. The NBA suspended the 2019-2020 season on March 11 due to the pandemic and returned for a modified playoff schedule over the summer. The Hornets were not selected to participate.

At the collegiate level, CIAA Commissioner Jacqie McWilliams is a member of the North Carolina Sports Leadership Council. McWilliams, who has served as CIAA commissioner for nine seasons, said she received an invitation as part of the council’s efforts to include college conferences headquartered in the state. The CIAA has seven of its 12 members in North Carolina.

McWilliams said historically Black colleges and universities play a significant role in the state’s sports tourism. The CIAA basketball tournament, for instance, generated more than $600 million in economic impact in the Charlotte area throughout its 15-year run. [On Monday, CIAA officials announced that the 2021 basketball tournament has been canceled due to Covid-related concerns.]

In the interviews below, QCity Metro spoke with Whitfield and McWilliams about the council and how it will impact the sports industry in Charlotte and statewide. The NCSLC held its first meeting on Dec. 8.

Answers were edited for brevity.

What objectives are you looking forward to accomplishing as part of NCSLC?

The biggest thing I think we can do is work together and lean on the relationships and expertise of the 31 leaders who are part of this group to be able to share best practices, support each other’s efforts in trying to attract different and new sporting events to the state. And then when it makes sense, be able to encourage the state through the legislature and the governor’s office to support our efforts and understand that we can be an economic driver for the state through sports.

We want to work closely with them to make sure that our state is viewed as not only a great place for businesses to move to, but for sporting events to call home as well.

How has Covid-19 affected the NCSLC so far?

The Covid-19 pandemic probably took up half our first meeting [Tuesday], and we all talked about the impact the virus has had on all of our respective businesses in the sports industry. A number of us have been working very closely with the governor’s office and with Dr. Mandy Cohen’s office at the state Department of Health and Human Services on how to safely open our sports venues to get ourselves back to business.

A lot of those best practices were said on the phone. The encouraging thing is the commitment from all of us to work together and lean on each other to try and to get our respective sports business back up and running safely.

As a Black leader in the community, in what ways do you think the council could attract more African American tourism?

As a diverse group of men and women, what we’re going to be doing is trying to attract as many sports events as we possibly can throughout the state and our respective cities, and certainly, a big part of that will be diverse sports. That’s at every level, whether it’s youth sports, amateur sports, collegiate sports, professional sports or the Special Olympics.

We’re going to be trying to do all we can to raise the profile of the sports industry in the state. We plan to work closely with the governor’s office and with the legislature to have our sports industry continue to grow and be a huge economic stimulator throughout our state, and that certainly includes incorporating events that serve people of diverse backgrounds and makeup.

How will the Hornets Sports and Entertainment organization be part of increased tourism in the state?

We’re going to continue to try and go out and land college basketball tournaments, college basketball doubleheaders, entertainers from all backgrounds, concerts and family shows. We are open to having other unique sporting events that are on the road. For instance, we’d like to at some point have a high-profile boxing match in our arena. We want our building to be very active 100-plus nights outside of our 43 Hornets games that we play each year.

We’re going to be looking to try and have our arena be that place that large sporting events will want to visit like the (NBA) All-Star Game, the ACC Tournament a couple of years ago and the NCAA [Division I Men’s Basketball] Regional that we have coming up in 2024. We’re going to be outbidding for literally every sporting event that makes sense for our city and region and have Spectrum Center be that huge economic driver through sports in our region.

[Editor’s note: McWilliams was interviewed before the CIAA announced the cancellation of its 2021 basketball and volleyball seasons.]

Why does representation matter on a council like this?

Representation matters for the collective voices of industry leaders in sports tourism in North Carolina. Along with the tournament’s impact, the CIAA also has seven members in the state that compete and host events within their own communities. There is an opportunity for experienced organizations and industry leaders to work collectively to grow, promote and enhance the general welfare of the sports industry, along with a direct interest in bringing and supporting sports events in North Carolina.

There is significant history in North Carolina with its 12 historically Black colleges and universities, which have played a crucial role in strengthening the Black community within the state. Schools, restaurants, museums, entertainment, as well as Black ownership, leadership and business travel that frequently come to Charlotte due to its footprint, all make this city extremely attractive.

Charlotte’s ability to target markets outside of its metro area and the state of North Carolina, as well as building compelling stories around its Black community, are all important to enticing Black tourists to visit and be part of the experience that the city has to offer.  Black tourism is holistic, economic and experiential, so creating a feeling of inclusiveness in the city and state, specifically those areas that have not been historically inclusive, is important.

Charlotte is a great place for family reunion travelers, as well as cultural and leisure tourists that also travel for business. I love visiting cities that share stories of the Black community and their contributions to the fabric of the culture in the region, state and across the world — including music, food, dance, art, literature, academics and social change movements. It is imperative to understand how to connect to the heart of Black tourists.

How does the CIAA basketball tournament affect Black tourism in its host cities?

There is something for everyone who attends our tournament, particularly at a time when there may be less demand for Black tourism in cities within the CIAA footprint. We have grown and increased tourism and economic opportunities in every market since 1946, including the creation of job opportunities. We’ve built the brand around our membership, which allows us to become immersed within the fabric of our host city where many of our alumni reside. The exposure is organic for an easy destination attraction for Black tourism.

Our attendees connect and identify with our embedded traditions wherever we are, including the dining experiences, ancillary events, and, of course, basketball. The host city has the opportunity to add its flavor to the experience through hospitality, hotel rates, shopping, the arts, community involvement and resources provided to support our mission and goals to leave a lasting impact. The CIAA is the epitome of the Black community and tourism, thus through collaborative efforts we serve and work to leverage our impact to support the holistic and economic value that stimulates growth and opportunity within our host cities.

Here is the complete list of the North Carolina Sports Leadership Council members: