The 24-year-old suspect was wounded during an exchange of gunfire. He was released from a hospital and charged with murder. 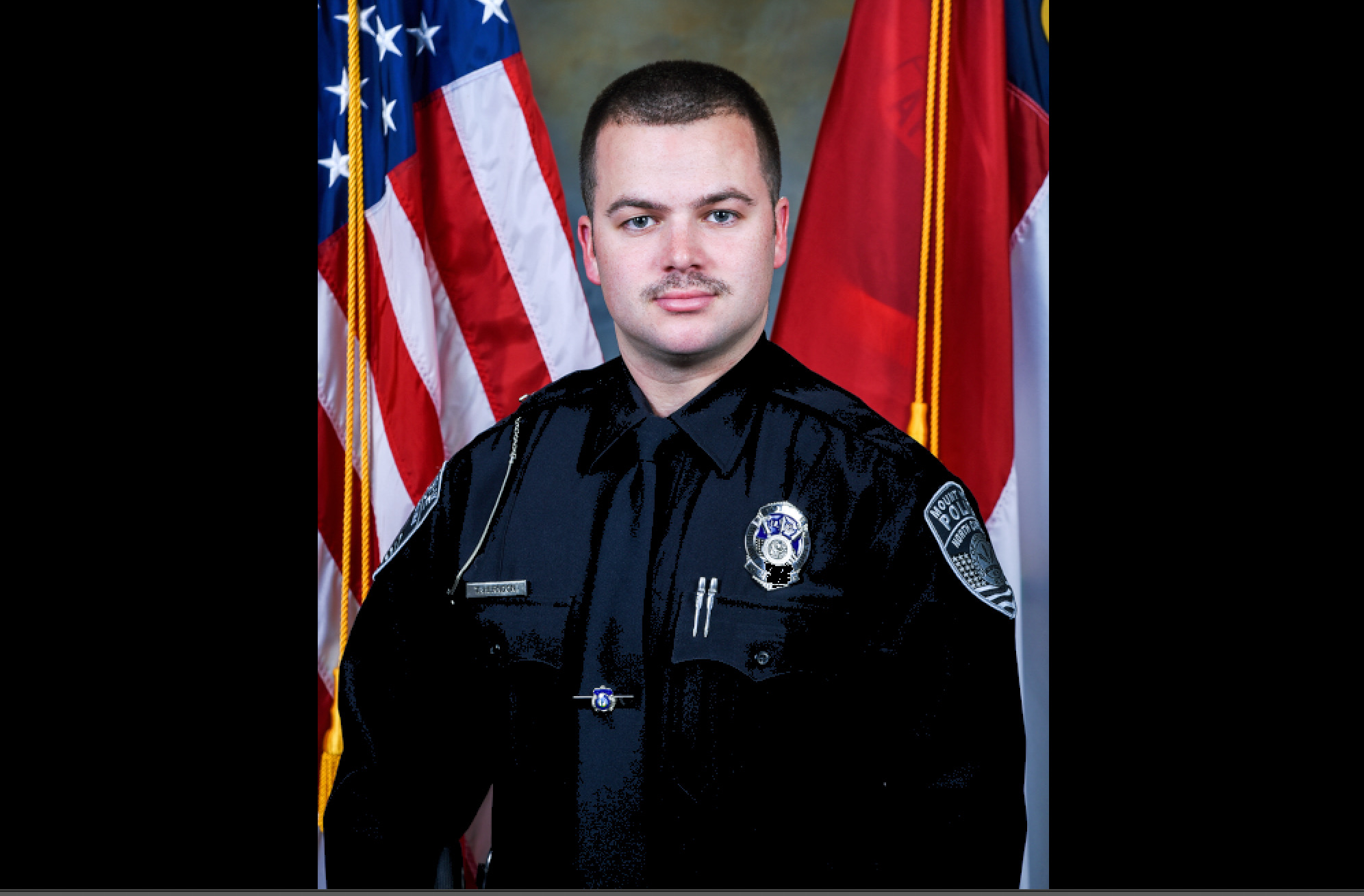 A Mount Holly police officer died early Friday after he was shot during an on-duty confrontation with a burglary suspect.

The suspect, a 24-year-old male, also was shot during the encounter. He was treated at a hospital before he was released and charged in the case.

The incident began around 3:30 a.m. when Mount Holly police officers got a report that someone had broken into a commercial property in the 300 block of Beatty Drive, near the Mount Holly Car Wash.

When Herndon and other Mount Holly officers got to the location, they encountered an armed suspect. “During the encounter, several shots were fired between the subject and several Mount Holly police officers,” CMPD spokesman Rob Tufano said in a written statement.

Herndon, who was struck during the gunfire, was taken to CaroMont Main hospital where he later died.

A Gaston County police officer also responded to the call, Tufano said. No other officers were reported injured.

The suspect also was struck by a bullet. His injuries were reported to be minor, and he was charged with murder after he was treated at a hospital and released.

The State Bureau of Investigation is investigating what happened during the encounter, a standard practice following an officer-involved shooting. Two Mount Holly officers and a Gaston County officer were placed on administrative leave pending internal and state investigations.

At an afternoon press conference, Mount Holly Police Chief Don Roper said Herndon died two days before his 26th birthday. Herndon had a twin sister and was the first Mount Holly officer the be killed in the line of duty.

“He was a selfless man,” Roper said. “He’s the guy that you can’t help but like.”

“We’re all upset, we’re all going to grieve, but make no mistake, that family is devastated and those officers involved are devastated,” Hough said. “We will be strong through this entire process.”