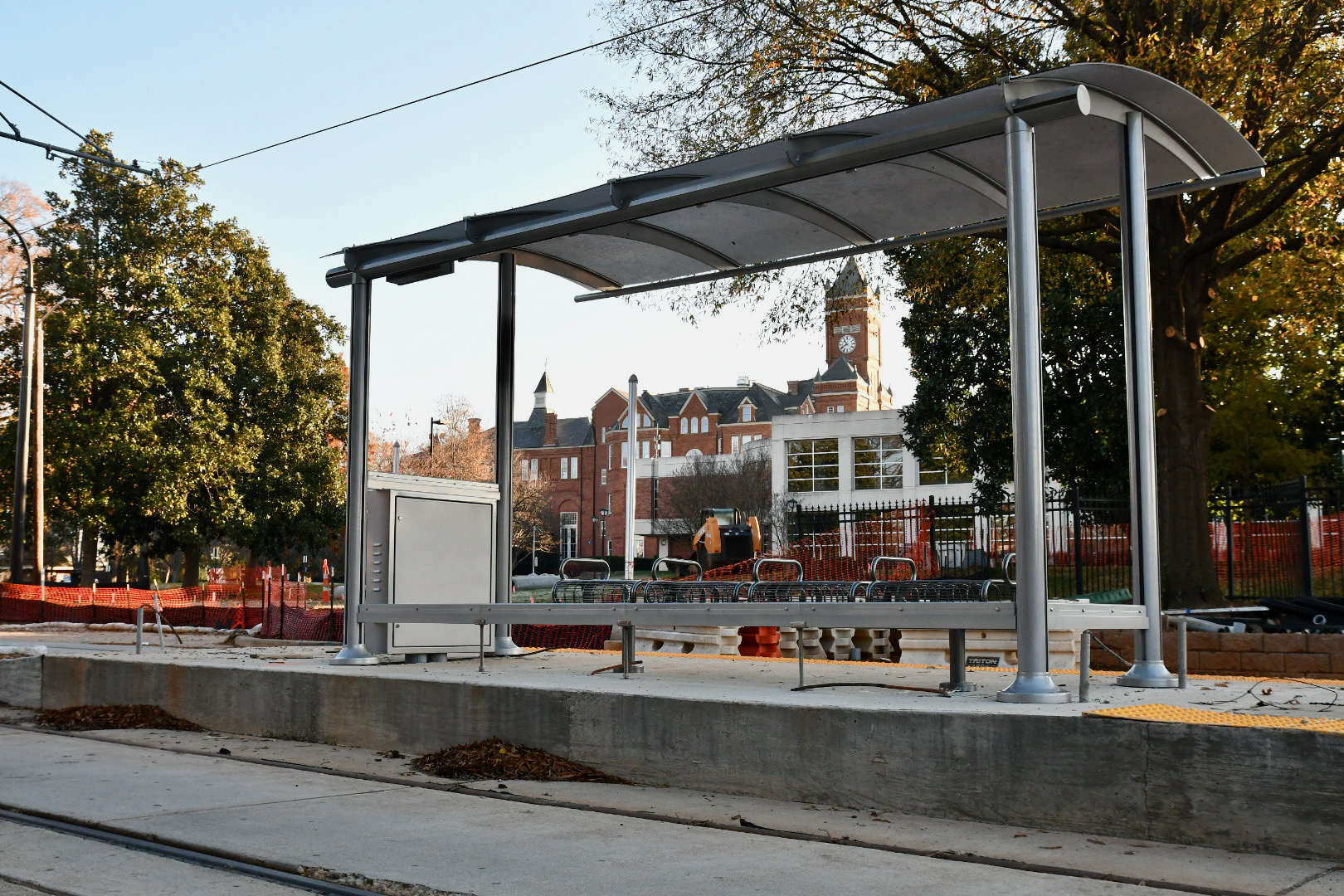 JCSU's Biddle Hall is seen through one of the Gold Line passenger platforms along Beatties Ford Road. (QCity Metro)

The Gold Line streetcar extension will begin carrying passengers sometime next year, according to the city’s latest update. That’s good news for the residents and businesses affected by road closures and related construction.

Why it matters: The extension is expected to spur economic development along Beatties Ford Road, a historically Black corridor long neglected by government and business.

According to the city’s update, workers will spend the rest of December and part of January completing a “punch list” of last-minute fixes, and no date has been announced for when the first passengers will board.

Even when Phase 2 is opened to riders, work along the track will continue. Landscaping, for example, won’t begin until Fall 2021, when the weather is most conducive to planting grass and trees.

Some good news: After nearly two years of road closures and traffic detours, the section of Beatties Ford Road near JCSU has been reopened.

Some bad news: Cars traveling behind a streetcar on that stretch of Beatties Ford will be forced to stop at each platform because the street has no passing lane. Each stop should take about 20 seconds, officials estimate.

CATS has contracted to purchase six hybrid streetcars from Siemens, each 85 feet long with 56 seats and a capacity to carry 255 passengers. They cost a total of $40 million.

Here are some other Gold Line facts we culled from city websites:

• The Phase 2 project was budgeted at $150 million, with the city and federal government splitting the cost evenly. Phase 2 was included in President Barack Obama’s FY2016 budget.

• Passenger service will run seven days a week from 5 a.m. to 2 a.m. During peak hours, riders waiting for a streetcar should anticipate a 15-minute wait between arrivals. On Sundays and off-peak hours, the wait time will be 20 to 30 minutes.

• Each stop along the Gold Line will feature artwork that is reflective of the respective community. Below is an example of windscreen art for the Wesley Heights stop, by George Bates of Brooklyn, N.Y.

• A Phase 3 is planned that would further extend the Gold Line, but funding that work is pending.

Still have questions about the Gold Line? Try this link.