Among other privileges, students at the historically Black college for women can now access federal financial aid. Bennett College has until 2025 to complete the accreditation process. 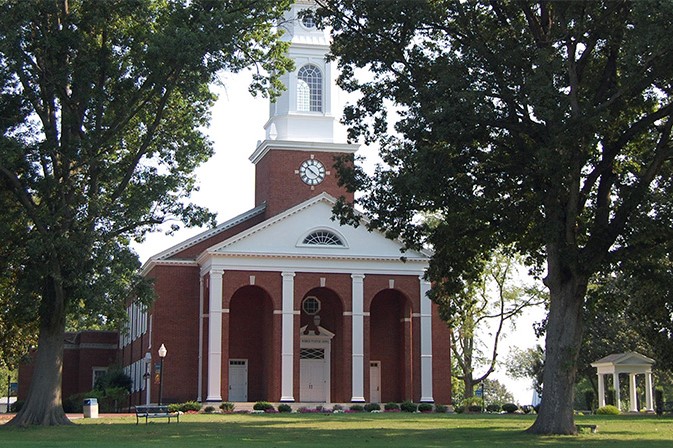 After two years of financial uncertainty, Bennett College is now in the final stages of the Transnational Association of Christian Colleges and Schools’ accreditation process. TRACS candidacy status grants the 147-year-old historically Black college for women accreditation privileges — including access to federal funding.

Bennett’s President Suzanne Walsh said receiving accreditation removes uncertainties the public may have about the college, and it allows the administration to confidently plan for the future. Bennett now has five years to complete the accreditation process.

“It’s really about looking forward,” Walsh told QCity Metro. “We’re very excited to be a member of TRACS and to have a chance to work with an organization whose mission and service aligned with Bennett College.”

Following a two-year probation period, Bennett lost accreditation in December 2018 after the Southern Association of Colleges and Schools Commission on Colleges (SACSCOC) determined the Greensboro school’s financial reserves were insufficient. The loss of accreditation prevented the college from offering federally guaranteed loans to the roughly 471 students enrolled at that time.

The financial instability that plagued Bennett prompted the school to organize the #StandWithBennett campaign, which ultimately raised $8.2 million. The college’s former President Dr. Phyllis Worthy Dawkins led the campaign before suddenly stepping down on June 21, 2019. Less than a week later, the board of trustees announced Walsh as the school’s 19th president.

Bennett, which is one of two historically Black colleges for women in the United States — Spelman College in Atlanta is the other — received donations and financial help for a year leading to the school raising $9.5 million from more than 14,000 donors. The administration later appealed SACSCOC’s decision and went on to file a lawsuit, which allowed them to retain accreditation from the commission during the legal process.

As a member of TRACS, Bennett will join Paine College in Augusta, Georgia, Atlanta’s Morris Brown College and Paul Quinn College in Dallas, Texas, to name a few. Walsh said TRACS is becoming an organization more and more HBCUs are looking to partner with because they understand the familial culture of smaller institutions.

“Part of what makes HBCUs special is that you’re not just a number; we know you by name,” she said. “We’re a family, and I think that’s the same supportive atmosphere within TRACS as a larger agency.”

Bennett entered TRACS’ application process in the spring semester of 2019, but the college had been in conversations with the national educational accreditation agency a year prior, Walsh said.

What does accreditation change?

Although the college experience won’t immediately change for the 266 students enrolled for the fall, Walsh said she hopes they notice the school’s renewed commitment to developing women of color who want to be leaders in the 21st century.

Now with access to federal funds, she says staff is working on upgrading the college’s facilities as Bennett plans to continue remote learning through the spring semester.

Advancing in TRACS’ accreditation process also means that students are eligible for federal financial aid, including Pell grants and federal work-study jobs, and faculty can receive National Science Foundation (NSF) grants. With accreditation in good standing, Bennett remains eligible for funds from the United States Department of Defense toward its Food Science and Nutrition Laboratory.

As for curriculum, Walsh said federal funding will allow the college to invite faculty from other schools to teach. Breaking up the usual 16-week semester into three mini-semesters amid the Covid-19 pandemic gave the administration leeway to invite faculty to campus for a shorter time.

“We can actually talk to some folks and say, ‘Hey, could you come for two weeks and help us hone in on the issues related to social justice and civil rights,’” Walsh said.

Walsh is particularly interested in reaching out to Black women currently working in the artificial intelligence and algorithm fields because online and digital consumption is the “next frontier of social justice and civil rights.”

“If we don’t start addressing the racism and the gender inequality online, then we’re going to be in trouble,” she said.

All in all, from the college’s standpoint, Walsh said TRACS’ accreditation process went smoothly. She reiterated how accreditation will allow the college to develop women of color in a bigger and bolder way compared to years past.