NC Republicans calling for change to State Board of Elections

After record voter turnout in a contentious general election, state lawmakers intend to propose an oversight board for the State Board of Elections. 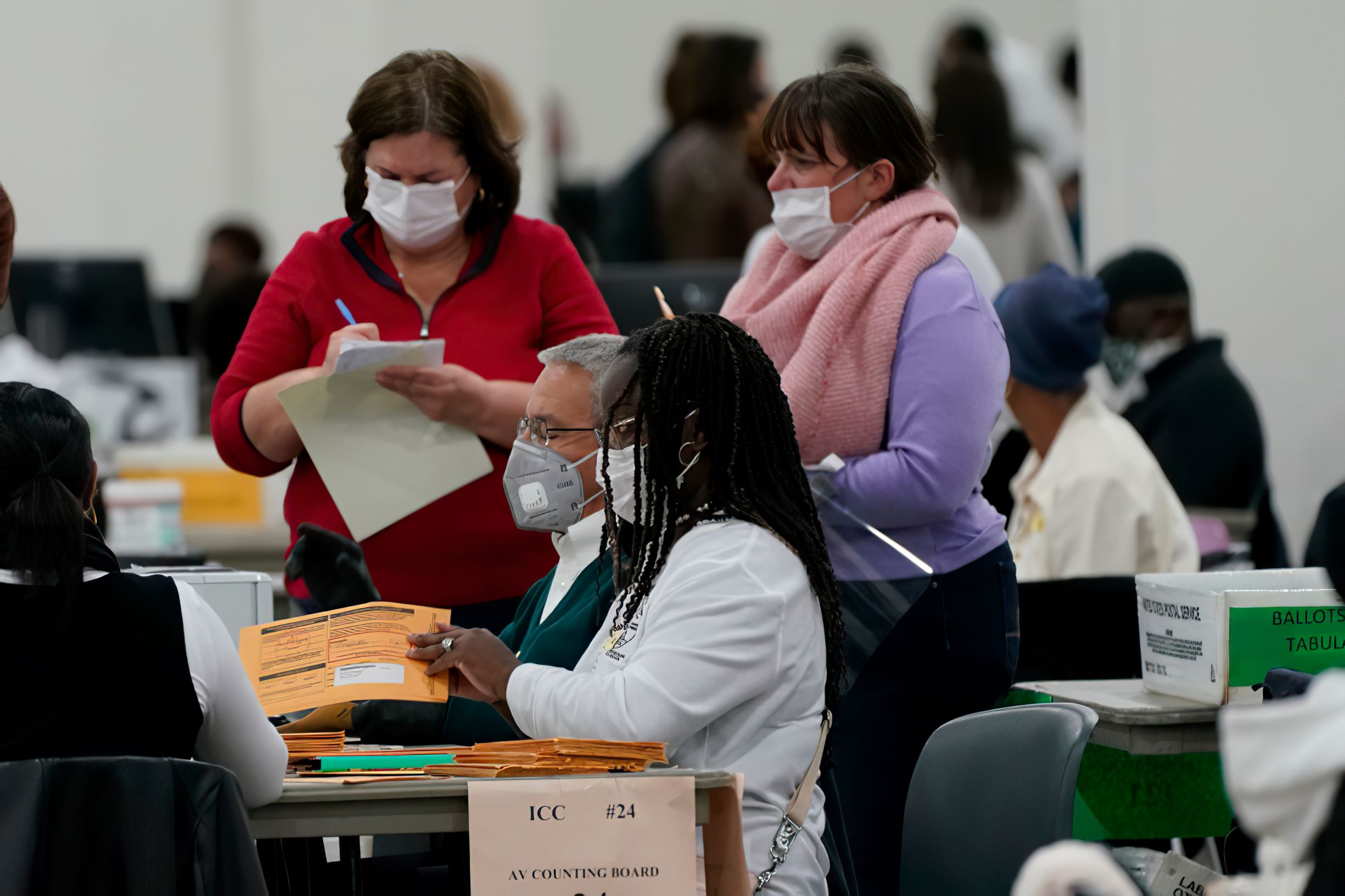 This article is made possible through Votebeat, a nonpartisan reporting project covering local election integrity and voting access. This article is available for reprint under the terms of Votebeat’s republishing policy.

The 2020 general election is notable in many ways. Turnout was a record 75% in North Carolina. A little more than 1 million people voted by mail-in ballots.

But it could be the election that prompts state lawmakers to change who’s in charge of administering future elections. As co-chair of the N.C. Senate Elections Committee, Sen. Paul Newton, intends to propose an oversight board for the State Board of Elections.

“I think we’re going to be looking at an oversight board that examines the Board of Elections to make sure they’re following the law,” said Newton, a Republican who represents parts of Cabarrus and Union counties.

He said the State Board of Elections sidestepped the legislature in August when it signed off on a settlement that gave a six-day extension to how long mail-in ballots would be accepted. Instead of a Nov. 6 deadline, the board agreed ballots could be accepted until Nov. 12 as long as they were postmarked by Election Day, Nov. 3.

“An elections board does not have the power to change state law. It shouldn’t,” Newton said. “Do we pass a law that says you need to follow the law? Well, in a sense, that’s what we’re left with.”

The General Assembly approved the Nov. 6 date in June as part of legislation that made several accommodations to deal with the pandemic, including making it easier to vote with mail-in ballots. The legislation was lauded as an example of compromise between Democrats and Republicans.

Then came a lawsuit by the North Carolina chapter of the Alliance for Retired Americans. It wanted more days to accept mail-in ballots because the U.S. Postal Service was experiencing slowdowns in delivery. The state Board – comprised of three Democrats and two Republicans – agreed to extend the deadline. It also allowed voters to fix problems with their ballot through a “cure” affidavit. A federal judge signed off on the Board’s new mail-in deadline but rejected its cure affidavit process as part of the settlement.

The settlement infuriated Republicans — and that anger hasn’t subsided even though GOP candidates did relatively well statewide. They maintained control of the General Assembly and won most Council of State races other than governor and attorney general. President Trump also carried the state.

The State Board of Elections bypassed the legislative process, says Pat Ryan, a spokesperson for Senate Leader Phil Berger.

“Sen. Berger thinks the Board of Elections should not have entered into secret settlement negotiations to overturn state law without once mentioning it to their co-defendants, the legislature,” Ryan said.

He noted that Marc Elias, an attorney for several national Democratic groups and candidates, represented the Alliance. That, he said, “makes it clear that the Board intentionally circumvented the people who are actually elected to make decisions in order to achieve the Board’s own policy goals.”

The Board’s spokesperson, Patrick Gannon, declined a request to talk with Executive Director Karen Brinson Bell about whether legislators were notified about settlement talks. Gannon, instead, referred to a Sept. 2020 press release that has details about a closed session Board members held to discuss the settlement.

The Board members unanimously voted in favor of settling the lawsuit, but Republican members later resigned in protest.

House Speaker Tim Moore shares the sentiment that changes are in order because of the settlement.

“The Board and the DOJ certainly should have involved co-defendant state lawmakers in the settlement process,” said Joseph Kyzer, spokesperson for Moore.

If Republicans believe the Board acted inappropriately, do they have confidence in the election results?

“North Carolinians were able to cast their ballots with confidence,” Kyzer said. “Certainly the last-minute changes made by the Board of Elections will continue to be looked at.”

Kyzer said the speaker wants legislators to consider a bipartisan Board. One example of that: Republicans and Democrats each appoint two members to the Board and the chairperson would be an independent.

Currently, the majority party on the Board is determined by the political party of the governor, who appoints members from a list of nominees submitted to him. Each member serves a four-year term. Currently, the Board has three Democrats and two Republicans.

Sen. Dan Blue, the ranking Democrat in the Senate, said he’s satisfied with how the elections were conducted. He said the State Board of Elections made appropriate changes to voting protocols with the settlement.

“I think that you have to give discretion to the Board of Elections, which has the expertise on conducting the elections, to decide what’s in the best interest of the voters of the state,” Blue said.

Although the election legislation approved in June was bipartisan, it wasn’t perfect, said Rep. Pricey Harrison, a Democrat from Guilford County. She sees no problem with the State Board agreeing to the settlement.

“They have to have the ability to act in emergency situations,” said Harrison, who helped draft the election legislation to address voting during the pandemic. “I think that the Board did not undermine the statutory legislative authority. I think they followed the letter of the law and then just used their emergency authority to accommodate concerns that we didn’t address in the legislation.”

Harrison said the lesson from the election is that legislators should let the State Board of Elections make decisions.

“Some ability to be a little bit nimble and flexible in terms of the statutory authority and any sort of inherent executive authority to implement necessary changes to accommodate emergencies,” she said.

Dory MacMillan, a spokesperson for Gov. Roy Cooper, said the governor believes the Board took steps needed to make sure the election was “safe, secure and accessible.”

“After record-breaking turnout and while taking Covid-19 safety precautions, elections officials made sure every legal vote was counted to ensure accurate results,” MacMillan said.