DeVaul will remain based in Charlotte while the Boys and Young Men of Color Initiative will be headquartered in Washington, D.C. 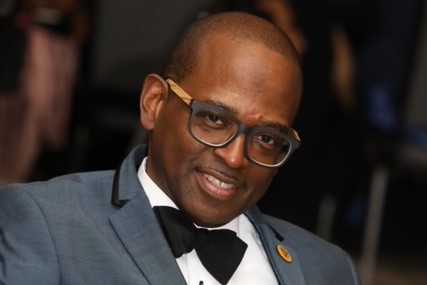 A well-known community leader is stepping away from a local position to expand his equity work benefiting young men of color.

In January, Michael DeVaul will shift to a full-time position with YMCA of the USA to oversee initiatives to improve outcomes and impact for boys and young men of color. The efforts are a key component of the organization’s equity strategy and one which DeVaul has led on a part-time basis for nearly two years, in addition to his duties as chief social responsibility officer at YMCA of Greater Charlotte.

“Right now, we have about 20 to 24 cities that we’re working with,” DeVaul said during a phone interview Thursday. “The goal will be to get to 100 cities in the next three years working alongside organizations such as the National League of Cities and the My Brother’s Keeper Alliance.”

While the Boys and Young Men of Color Initiative will be headquartered in Washington, D.C., home of the first African American YMCA, don’t expect DeVaul to relocate anytime soon. He says that he’ll remain based in Charlotte for the foreseeable future.

A 36-year veteran of the YMCA, DeVaul takes pride in his ability to “collect dots and then connect them.” He joined the YMCA of Greater Charlotte in 1999 as executive director for then-University City YMCA. (The branch is now the Keith Family YMCA.) In 2006, he moved to the association office as senior vice president of organizational advancement, and in 2015, he was named chief social responsibility officer. DeVaul began his career at the McGaw YMCA in Evanston, Illinois.

DeVaul was also instrumental in establishing My Brother’s Keeper Charlotte-Mecklenburg in 2018. Former President Barack Obama launched the initiative in 2014 to provide clear pathways to opportunity for boys and young men of color. DeVaul will continue to provide strategic support and oversight of the local chapter, which will become a 501(c)(3) organization next year, alongside executive director Don Thomas.

He’s a recipient of the Champions of Change award, presented by Obama, for his community-building work and leadership in initiating a partnership with the Senegal YMCA in Africa.

DeVaul spoke with QCity Metro about plans for his role, how it intersects with economic mobility conversations and why he’s not leaving Charlotte.

Answers have been lightly edited for brevity.

What are you looking forward to most about this new role?

I’m looking forward to the ability to finally use a collective impact process to get agencies and organizations to acknowledge the importance of boys and young men of color. In many ways, how I got here is how I hope others will get here.

Part of the reason I am where I am is because Black and Brown people, and my parents, helped develop and nurture my potential. So in many ways, I’m most excited to give back what people gave me.

There are statistics that say only 59% of Black men will graduate from high school and one out of every three Black men will go to prison at least once in his lifetime. What specific things will be part of your work to help curb some of these statistics?

Particularly in Charlotte, we’re focused on fifth- and eighth-graders. If you look at the data in Charlotte, which, to me, informs what we do nationally, the transition between fifth and sixth grade is when our boys fall off. And then they fall off again between eighth and ninth grade.

What contributes to that?

If you look at the [Charlotte-Mecklenburg Schools] equity report, one of the things you find is the disproportionality in suspensions and attendance. What happens with boys is we start talking back, we get a little bit more assertive, and I believe we haven’t equipped [our institutions] to serve in a culturally responsive way, so the only outcome is punitive.

We have to re-equip the system to not have punitive strategies but to begin nurturing the potential right away. What I’m hoping that what we will do is re-teach how to respond to an assertive young man who is beginning to ground himself in his own identity. If you give boys more access — you give them more opportunities to be themselves and find a way to nurture and craft their grounded identity — they will exceed their own expectations.

How will your work intersect with the economic mobility conversation, particularly the one we’re having in Charlotte?

We know the disparities for Black and Brown boys, and now you have spent a good amount of money on another report. But, what are you doing to source and resource action?

We are at a point in time in Charlotte where Black and Brown boys are more [disproportionately affected] because of Covid. We have thousands of boys who have not gotten on virtual classrooms, who in theory, have not been in school since March.

Anything else to add?

I’m not leaving My Brother’s Keeper [Charlotte-Mecklenburg]. You don’t work three years to develop something and then jump out.

What the national strategy actually allows me to do is to illuminate Charlotte through My Brother’s Keeper, and I’ll work with [executive director] Don Thomas and the 18 men who are on the board. I’m glad I’m staying in Charlotte so I can help show how Charlotte can showcase the improvement of boys and young men of color.

This article has 7 comments.