Gastonia native Nate Hinton on 2020 NBA draft: ‘I’ve been waiting for this moment all my life’

The former University of Houston guard wants to help put Gastonia on the map and represent his hometown in the NBA. 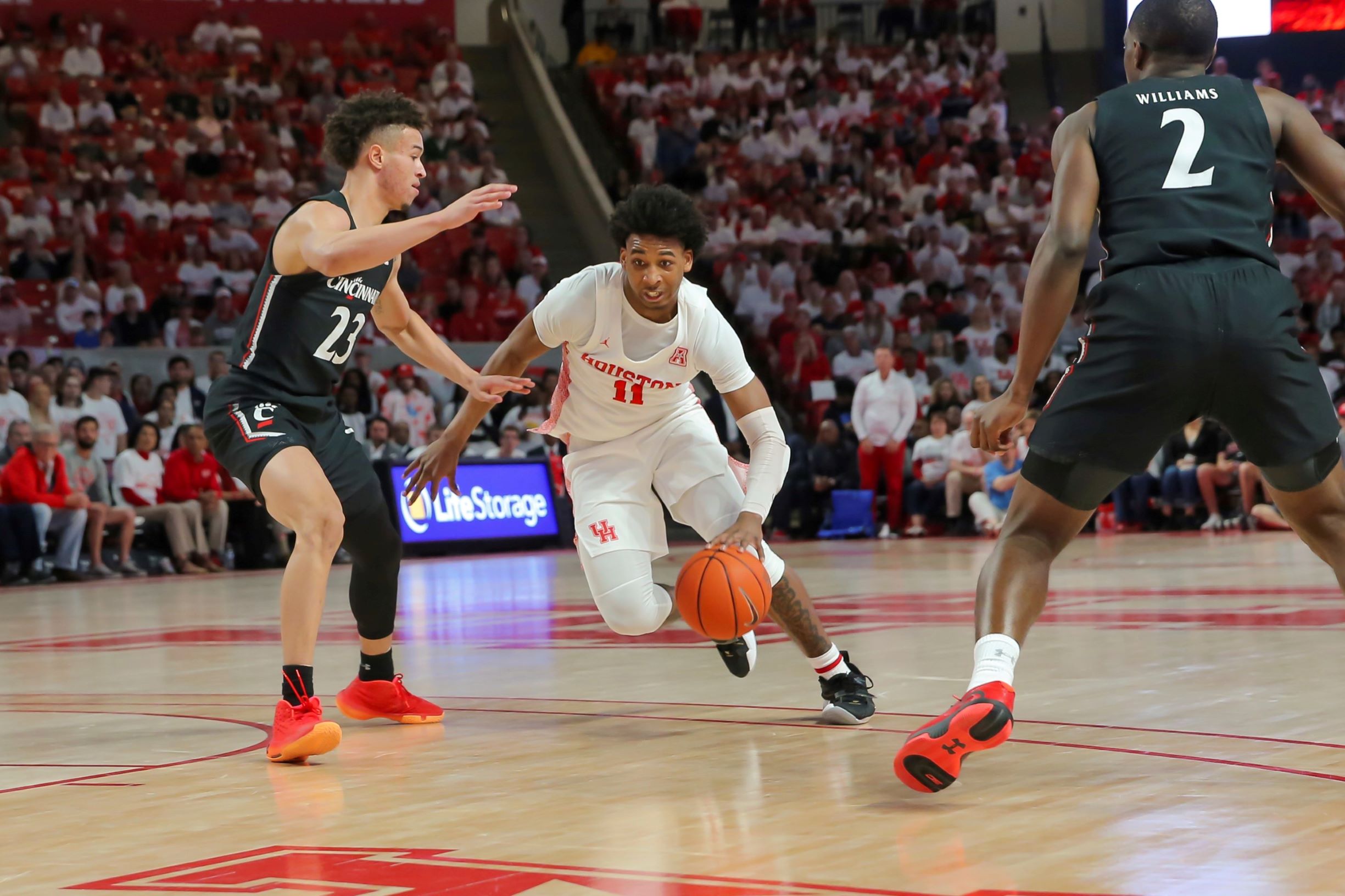 Nate Hinton will be listening for his name tonight during the 2020 NBA draft. The Gastonia native says it’ll be a big weight off his shoulders to hear it.

“I feel like I’m about to break out a cage, I’m so excited,” he said. “I’ve been waiting for this moment all my life.”

The 6-foot-5-inch former University of Houston guard forwent his junior year to enter the NBA draft after Covid-19 abruptly ended his sophomore season in March. Now, eight months later, the 21-year-old is ready to play professionally and put Gastonia on the map.

Putting in the work

Hinton, the youngest son of Pastor Benjamin and Minister Tangela Hinton, grew up in the church. His parents have led the 1,150-member Tabernacle Baptist Church in Gastonia for 26 years. Hinton’s faith and confidence come from his parents, and he credited them for seeing a future NBA player when nobody else did.

“Without them, I wouldn’t be here today,” Hinton told QCity Metro during a phone interview Tuesday.

Hinton was 3 years old when he recognized his love for basketball, playing in his older brother’s recreational league at the family’s church. He liked playing with older kids because he said it made him more competitive. Hinton took that competitive spirit to Grier Middle School, Gaston Day School and Charlotte’s Northside Christian Academy.

In high school, Hinton didn’t receive much attention from college scouts since he played for well-known programs with highly touted players. It didn’t deter him. Through hard work and dedication, Hinton said he had 40 scholarship opportunities by the end of his senior year.

Ultimately, he chose the University of Houston because he wanted to play under a coach with NBA experience. Kelvin Sampson, head coach at UH, spent time as an assistant coach for both the Houston Rockets and Milwaukee Bucks.

The Cougars were back-to-back American Athletic Conference regular season champions in 2019 and 2020. Hinton averaged 10.6 points and 8.7 rebounds per game as a sophomore with the Cougars, where he was first-team all-district.

“I say it all the time, ‘talent is my testimony,’” Hinton said. “I think my talent and hard work worked in my favor.”

‘Everything is bigger in Texas’

Hinton called his relationship with the University of Houston fans a “match made in heaven.” They quickly embraced him during his two seasons, and the city became his second home because of their energy and passion.

“Everything is bigger in Texas, and the culture in Texas is tremendous,” he said.

However, one thing he couldn’t get accustomed to was the food. He said seafood and Cajun restaurants comprised a lot of Houston’s food scene, which he didn’t like all that much. He does like to eat barbecue and Southern foods, like fried chicken and macaroni and cheese  — a couple of North Carolina food staples.

“I’ll stick to North Carolina when it comes to food,” he said.

The NBA prospect says he wants to go to the perfect team that will put him in a good position now, and in an even better position later in his career. He doesn’t have a team preference, but he does want to fit on a team that will let him come in and do his part to help win games.

“Whichever team gets me is going to get a warrior,” Hinton said. “I’m just going to run with it and be appreciative of that organization. Hopefully, that community embraces me as Houston embraced me.”

ESPN Senior Writer Kevin Pelton has Hinton projected to go 29th overall to the Toronto Raptors. Sports media outlets like The Athletic and Bleacher Report project him to go in the second round.

Ordinarily, Hinton is a low-maintenance guy, but he said his first NBA check will go toward a new house for his parents.

“My momma got to get a new crib,” he said. “I believe I have a good head on my shoulders, and I have an end goal.”

To make sure the money doesn’t go to his head, Hinton said he has a good support system to keep him in line and monitor spending habits.

Covid’s effect on the NBA

Last season, the NBA suspended play in March once the Covid-19 pandemic hit the U.S. When the league restarted the season over the summer, officials implemented “bubbles,” or isolation zones, that protected players from the virus. Players remained in the bubble from July to October when the league crowned its champions.

Normally, the NBA is kicking off the season in October. This year, because of the pandemic, the NBA season will begin on Dec. 22. Pushing up the start date shortens rest time for players who usually get four to five months off, depending if their teams made the playoffs. The league hasn’t decided whether or not the 2020-21 season will begin in a bubble or inside teams’ arenas.

[More Sports: How is the Covid-19 pandemic affecting the CIAA basketball tournament?]

Hinton said he’ll just wait and see how things shake out after the draft, but he’s ready to do his job whenever his number is called.

“Bubble or no bubble, it doesn’t matter. We’re still playing basketball,” he said. “That’s my job.”

Even with Covid-19 shortening his collegiate career and affecting his draft day, Hinton said he is appreciative of the opportunity, and he can’t wait to play for an NBA organization.

This Story is Tagged: NBA