Cheri Beasley inches ahead in race for chief justice of N.C. Supreme Court

As of late Friday, a scant 35 votes separated Beasley from Judge Paul Newby, her Republican challenger 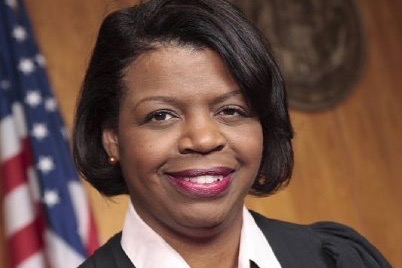 Judge Cheri Beasley, the first Black woman to serve as North Carolina Supreme Court Justice, has inched ahead of her Republican challenger in the state’s latest vote tally.

As of 9:51 p.m. Friday, Beasley, a Democrat appointed to the post by Gov. Roy Cooper in 2019, led Judge Paul Newby 35 votes, making it one of the closest races in an election year defined by Covid-19, mail-in ballots and a large voter turnout. Between the two, Beasley and Newby split more than 5.3 million votes.

Why it matters: If Beasley retains her narrow lead, she would be the only Democrat to win election this year on the state’s high court. Republicans won in three other Supreme Court races.

Share Your Covid Story
QCity Metro is looking for people to share stories of inspiration, loss or perseverance during the Covid-19 pandemic. Those selected will be paid for their contributions. Read more.

North Carolina’s Supreme Court, led by the chief justice, has a total of seven members.

Immediately after Election Day, Beasley trailed Newby, an associate justice on the court, by 3,742 votes. But as election officials continued to count the more than 1 million mail-in ballots and 40,700-plus provisional ballots, Beasley had slowly chipped away at that lead.

With the job of chief justice now hanging in the balance, a statewide recount is likely. QCity Metro could not immediately reach officials from the Beasley or Newby campaigns. An email to the State Board of Elections did not produce an immediate response.

In a pattern repeated nationwide, many of the state’s mail-in ballots were cast in counties with large, urban populations, which tend to vote for democrats.

As the spread of Covid-19 left some voters leery about gathering in large crowds, many states, including North Carolina, relaxed their rules to allow more voters to cast their ballots by mail. Some also agreed to count mail-in ballots received after election day, provided they were postmarked by on or before Nov. 3.

Under North Carolina’s election rules, which were adjusted this year, ballots postmarked by Nov. 3 were counted if received by Nov. 12. Each of the state’s 100 counties was required to have all legal ballots counted no later than Friday, Nov. 13.

On Thursday, the State Board of Elections released a statement saying it would meet on November 24 to certify final results.

This Story is Tagged: election 2020, Politics