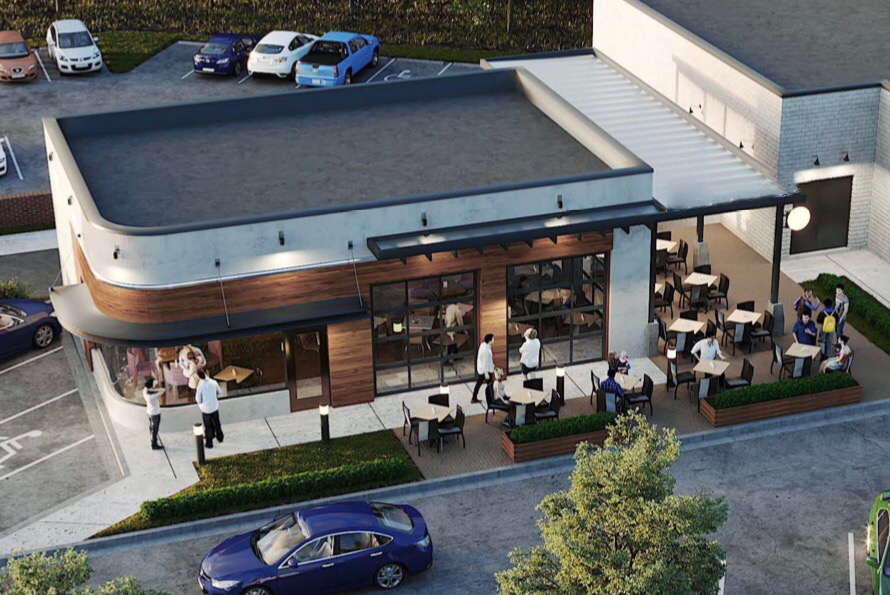 Against the backdrop of Covid-19 and in the wake of personal tragedy, Jay and Miketa Davis’ 2020 experience is also one of triumph. They’re celebrating the first anniversary of their restaurant, Lulu’s Maryland-Style Chicken and Seafood, and expanding their brand with a second location.

Still fairly new residents to Charlotte, Jay and Miketa have covered significant ground. On the professional front, in an industry that has been extremely hard hit by the pandemic, Lulu’s has thrived.

Named in honor of Jay’s late mother, the establishment has quickly made a name for itself — with crowd favorites like crab fries, honey old bay wings, Cajun salmon, and Jay’s signature hibachi-style dish known as “The Hookup” keeping them in heavy rotation. The entrepreneurial duo, who also married this year, likens what they describe as a very exciting first year of operations to the peaks and valleys of a roller coaster ride.

“You may not expect the headaches or the things that happen along the way but, for me, the peaks outweighed the lows over this first year,” Miketa said.

In agreement with Miketa’s analogy, Jay shared that the first 30 days of operations felt like the slow climb experienced before the roller coaster takes off.

“Everything after that was the rush of the ride itself, which we’re essentially still on,” he explained. “We picked up so much momentum so quickly and, even through Covid, have been able to maintain it.”

To commemorate their first year of business success, the couple is expanding their brand. They’re in the final development stages for the early 2021 opening of their second spot, which will be located at 2308 Central Ave. in Plaza Midwood. Additionally, the Tuckaseegee Road location will be open daily.

They consider themselves fortunate to continue to grow but recognize that Covid-19 has forced them to pivot professionally. They’re striking a balance between providing food their patrons love and doing so in a safe manner.

With planned offerings of live entertainment and spirits, Jay describes the new location as the culmination of the couple’s dream, adapted for the current reality.

“The biggest part that we’re focused on with the new restaurant, aside from being able to provide those products and services, is being able to make it such that people can gradually step back into that arena where they are comfortable,” he said, “being able to dine in, sit among friends and family, while still social distancing and trying to get back to some level of normal.”

Having the new location closely situated to the first place the couple called home in Charlotte, made the Plaza Midwood address an easy choice.

“Essentially, it’s where we became comfortable first,” Jay said. “Seeing the transitions that side of town is going through, I want to be a part of that experience, the process of building that’s happening there.”

The effects of Covid has also rippled through their personal life. Originally, the couple planned a lavish destination wedding but scaled back their vision and exchanged vows in July.

“One thing we knew for sure is that we wanted to be together,” Miketa said. “To have your dream dress, venue, cake — all of these details come together then pivot — it was beautiful, but still for me a little heartbreaking.”

This level of adaptability allows the couple to seamlessly navigate their roles as business partners and newlyweds by playing to each other’s strengths.

“Within 30 days, we realized I’m in the back, I get things done, and I execute. Even in our home structure, I’m like that,” Miketa said. “For my husband, and the pride that he has with having his mother’s name on the building, he treats everyone like it’s their first experience and they’re a longtime friend.”

Their understanding and support for each other have been instrumental in helping the couple cope with the tragic loss of Jay’s son, and former Lulu’s teammate, Keon, to gun violence in Baltimore.

“Everyone’s talking about the new normal with Covid, but my new normal is trying to figure out how to move forward with that missing piece,” Jay said. “The biggest thing families can do is listen…being around and giving space to cope makes a difference.”