NC too close to call, state board of elections ask for patience through ballot count

County boards of elections across North Carolina have begun the 10-day post-election process of counting the remaining ballots and conducting audits to verify the results. 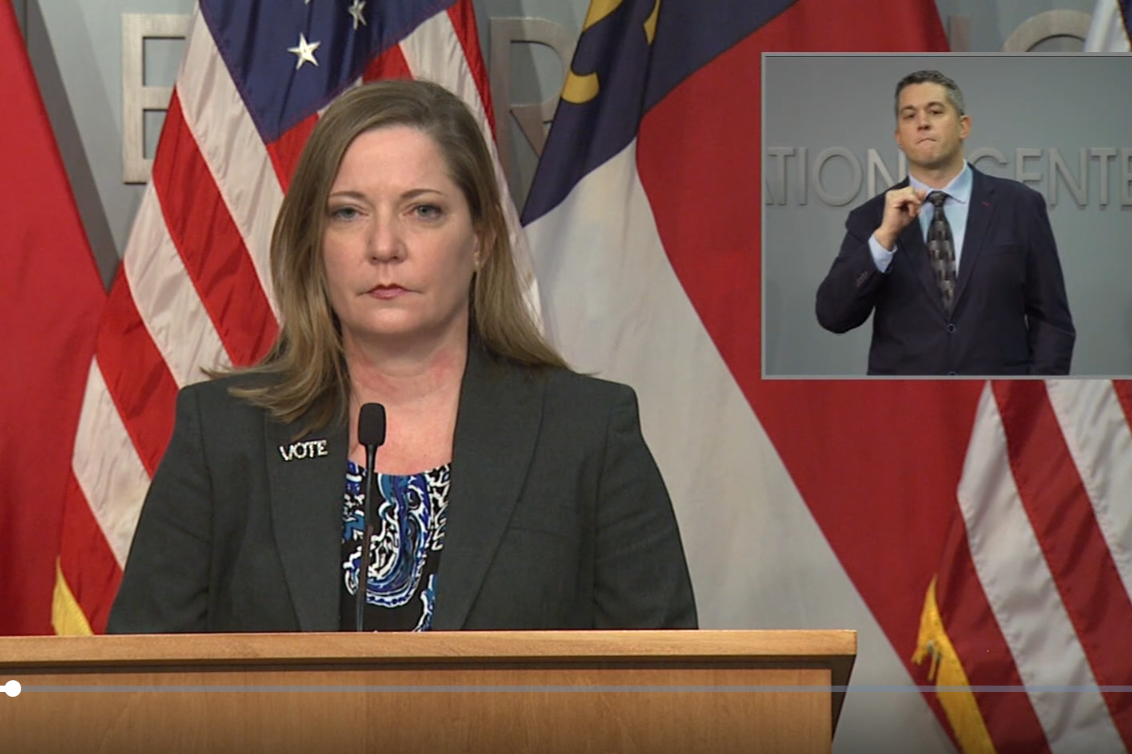 N.C. Board of Elections Executive Director Karen Brinson Bell during a press conference on Nov. 4, 2020.

North Carolina elections officials are asking for the public’s patience as the state remains up for grabs in the race for U.S. president and a key seat in the U.S. Senate.

Officials are in the post-election process of counting remaining ballots and conducting audits to verify the results. State Board of Elections Executive Director Karen Brinson Bell and State Board Chair Damon Circosta said 117,000 outstanding absentee ballots didn’t have recorded votes as of Wednesday afternoon. Some of the people might have voted in person or did not return their ballots at all, Bell and Circosta said during a press update Wednesday.

“Our job is to get the count right as fast as we can but above all, correct,” Circosta said about the record-breaking election night where nearly 74% of North Carolina’s registered voters participated.

[Related: What happens once polls close on Election Day?]

Bell said she hopes that people understand this is how North Carolina processes its election votes.

Katrina Louis contributed to this story.