Tomas Lopez of Democracy NC: "I think that if there's a litigation option that's out there on all sides of this, there's a good chance it will be invoked." 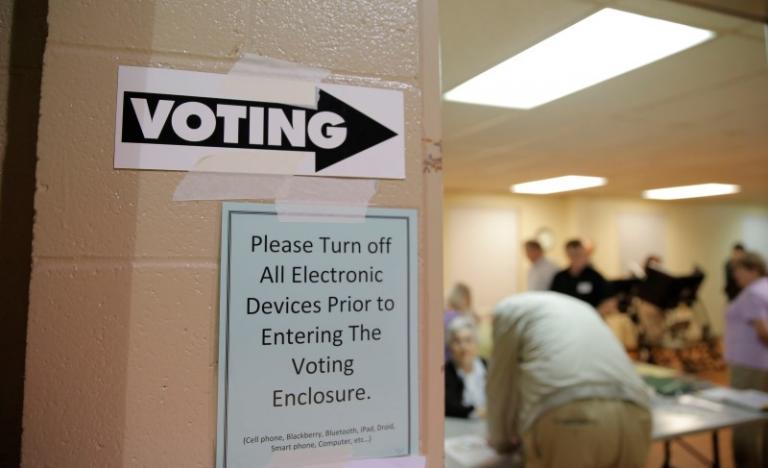 In an election year that has seen more lawsuits than any election ever before, in which President Donald Trump has broadcast plans to heavily litigate the results, and a month of legal fights in North Carolina over changing election rules, a spokesperson for Republican state Senate leader Phil Berger’s office said nobody wants protracted postelection litigation.

That is, however, what is expected.

Tomas Lopez, who runs the voter rights group Democracy NC, expects to see voter challenges and election protests on Election Day and before Nov. 13, when counties are scheduled to make their vote counts official.

“I think that if there’s a litigation option that’s out there on all sides of this, there’s a good chance that it will be invoked,” Lopez said.

The first rush of election litigation has passed, but it in many ways simply set the field for postelection legal fights. While lawsuits can no longer much affect how voters cast their ballots, the coming fight will be over which ballots are counted.

Lopez’s group wants every lawful vote to be counted, he said. But the litigation brought by political parties seeks more to influence the outcome of the election.

“I think one of the things that we are seeing here, and that we are going to see elsewhere, is litigation that tries to call into question the validity of ballots,” Lopez said, focusing especially on absentee-by-mail ballots.

That the rules for absentee-by-mail voting changed several times after ballots had already begun to be cast only increases the probability of litigation, Ryan said.

He places the blame on the N.C. State Board of Elections, which in September used a federal judge’s ruling and a pending state court case to expand the types of errors on absentee ballot return envelopes that could be cured by the voter and therefore have that ballot cast.

Berger and Tim Moore, speaker of the House and a fellow Republican, tried to block those rules in both state and federal court. Both cases made it on appeal up to the U.S. Supreme Court, which declined to take them up, leaving the new rules mostly in place.

There is one remaining nuance in the absentee-by-mail rules that is likely to feature in the coming election protests, but since Berger cannot challenge any election in which he is not running, he will likely not have standing to protest the election or sue, Ryan said.

The remaining question, the coming litigation

In previous elections, if any of this was missing, the ballot would be rejected, and the voter would have to try again or vote in person.

In August, a federal judge ruled that North Carolina must have a procedure for voters to “cure” errors on their ballot return envelopes. The state Board of Elections made such a procedure before ballots were sent out in September.

Then, before county boards of elections met to start processing the by-mail ballots that were coming back in, the state board updated the cure procedure. That prompted the legal fight that made it to the U.S. Supreme Court.

But after all that, one question remains open.

Is the cure process itself in compliance with state law?

The federal judge who first ordered cures, William Osteen of the federal Middle District of North Carolina, thinks not. But it is now too late for him to intervene in this election, he said in a Friday court ruling.

Any challenges to improperly accept ballots will have to come in state court, he wrote.

North Carolina Republicans will challenge any ballots that do not comply with the law, NC GOP spokesman Tim Wigginton said.

That could include potentially many of the over 1,700 “cured” ballots that have already been accepted by county boards of elections across the state.

In most cases, a witness is a spouse, friend or neighbor, so providing that information would be relatively easy for voters. But in some cases, voters have strangers witness their ballots, such as poll workers at early voting sites, as was seen in Durham. In those cases, it would be difficult for the voter to get that information if the witness failed to fill it out on the first go-round.

It is possible that Republicans, who have expressed skepticism of by-mail voting, which until this election they used more than Democrats in North Carolina, will file election protests complaining about the counting of these votes.

These kinds of protests would need to be filed with county boards of elections before the county canvass, or official certifying of vote counts, before 5 p.m. Nov. 13.

A protest must show substantial evidence of an irregularity, which Republicans may be able to show. Much more difficult, though, is that protests must also show that the irregularities could affect the outcome of an election in that county.

There are simply not many of the contested by-mail ballots to work with, a total of 5,176 across the state, and only a portion of them had missing witness information.

The total sum of complaints

Republicans could add, potentially, up to a couple hundred more complaints of by-mail ballots around the state that were improperly accepted.

Durham County, for example, conducted a preelection audit of the over 33,000 absentee-by-mail ballots it had already accepted and found 56 errors. The county then denied 21 of those ballots and contacted the remaining voters to cure errors on their ballots.

Derek Bowens, Durham County’s elections director, does not know if any other county has done this kind of preelection audit but is sure that these kinds of mistakes happen in every county.

Republicans would be hard-pressed to find enough of these errors to throw any statewide races into question, or even many local races, and would have to review hundreds of thousands of ballot-return envelopes in the process.

The same problem would face Republicans if they wanted to challenge by-mail ballots that were turned in by anyone except the voter or a near family member.

Berger and Moore have decried the fact that these ballots must be accepted, pending other evidence of fraud, even though it is a felony for anyone but a voter or near family member to have possession of the ballots.

In Durham, the county Board of Elections directed Bowens to call the voters and make sure their vote wasn’t fraudulently cast. So far, Bowens has found cases where people did not know the rules or simply had no close family members to turn the ballot in and had no other options.

Lastly, there are an unknown number of by-mail ballots around the state that were cured and accepted but that had no witness signature at all. Per the state board’s new rules in September, that was allowed, but subsequent court rulings said that while all other missing information could be cured, the ballots must at least have a witness signature.

County boards of elections held their first meeting to process by-mail ballots in the brief window between the change of rules and the reversal by the courts. In the first round of accepting cured ballots, Durham approved and processed “seven or eight” ballots without a witness signature, according to Bowens.

The state board has not advised counties to do anything with these ballots, which remain accepted, though in likely vanishingly small numbers, around the state. The ballots in question do not point to any kind of systematic fraud, as happened in 2018, as they were returned individually and not in batches.

Postelection protests and litigation, though, may not be aimed at changing the results of the election. Rather, the purpose could be to delay the certification of results and cast doubt on the legitimacy of the outcome. North Carolina has seen that approach before.

Challenges not necessarily evidence of fraud

In 2016, then-Gov. Pat McCrory found himself 6,000 votes behind the Democratic challenger and current governor, Roy Cooper.

Politicians normally do their due diligence in a close election to make sure the final tally is correct.

But the election protests that McCrory’s campaign filed around the state largely “turned out to be bogus,” according to Bob Hall, the former director of Democracy NC.

Many of the protests misidentified voters as felons, Hall said, and were rebuffed with the slightest bit of investigation by elections officials. The campaign didn’t seem deterred by that, Hall said.

“The lesson from 2016 is that it doesn’t matter whether a court or county board of elections ultimately says it’s a ridiculous challenge,” Hall said.

“They will do it anyway if they want to, and they will make it a public relations campaign as much as a legal campaign. So, the point is not just to win a legal fight, but to, in the public’s mind, make the results look corrupt.”

Hints of that are already present in this election.

If the past two months are any indication of the weeks to come, state Republicans will combine legitimate legal complaints with unsupported public statements aimed at undermining trust in the electoral process.

For example, a series of press releases from Berger’s office, starting in late September and running through Friday, call into question votes that are counted after Election Day, falsely claim drop boxes were allowed for by-mail ballots and that the rule changes open the election to fraud.

When given the opportunity to make this argument in court in front of Osteen, lawyers for Berger and Moore demurred.

Osteen asked whether the rule changes opened up the election to voter fraud. He made his own ruling that the witness requirement was a deterrent against voter fraud, but the lawyers made a different argument.

Instead, they said in court, counting ballots with cured errors amounts to a dilution of the votes by people who “followed the rules.”

If postelection protests still target these ballots, voters of color will be disproportionately affected.

Hall fears the same kind of postelection maneuvering this year as North Carolina saw in 2016.

“There’s not a rational basis,” Hall said. “It’s not really ‘for the honor of country or the integrity of the election.’ It’s really, ‘By any means necessary, even if we have to burn down the village, we’re going to take the village.’”