Q&A with Charlotte lawyer Cheslie Kryst, who served an unusually long and eventful term as Miss USA. Her next stop: TV. 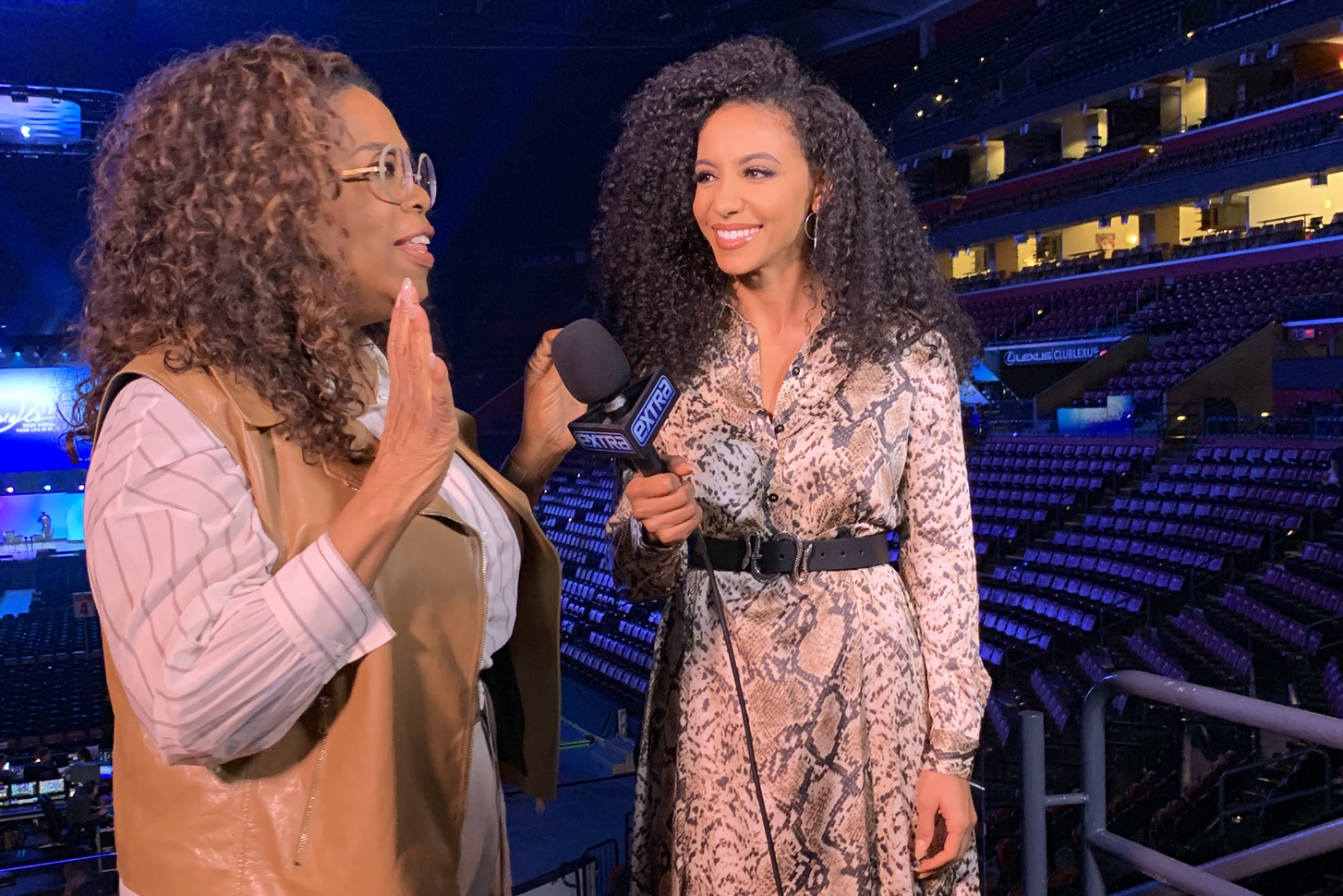 In the last 18 months, Charlotte’s Cheslie Kryst went from uptown attorney and Miss NC USA to the reigning Miss USA and a correspondent for “Extra.” She’ll hand over the Miss USA crown Nov. 9 after an unusually long run as titleholder due to Covid. Here, she interviews Oprah Winfrey pre-pandemic. Photo courtesy of Cheslie Kryst

This article originally published on Charlotte Ledger and was republished with permission. Sign up for a free subscription.

Former Charlotte attorney and current Miss USA Cheslie Kryst was scheduled to hand over her crown and sash to a new winner last May, but not even the fairytale world of pageants could escape Covid’s grasp.

The pandemic forced Kryst, 29, to extend her Miss USA term by six months. She’ll finally turn over the title Nov. 9 at the Miss USA pageant in Memphis, and will transition from pageant queen to a full-time TV personality with entertainment news program “Extra.”

“The day I crown the next Miss USA, I will have been Miss USA for 557 days — not typical, and definitely a little more than the usual 365,” she laughs.

For many who follow her, Kryst, 29, has redefined what a beauty pageant contestant can be. She graduated from Fort Mill High School, earned a bachelor’s degree at the University of South Carolina, a law degree from Wake Forest University and worked in civil litigation at uptown Charlotte’s Poyner Spruill law firm. (While there, one of her clients was 2019’s Miss America, Nia Franklin.)

She’s an avid athlete and also a fashionista, with a fashion blog called White Collar Glam devoted to helping professional women dress well, and is a global impact ambassador with the non-profit Dress for Success.

Kryst made it to the top 10 in the Miss Universe competition last December, and for the last 10 months, she lived with the woman who won Miss Universe, South Africa’s Zozibini Tunzi. (The Miss Universe organization has a Manhattan apartment that Miss Universe and Miss USA share; in a typical year, the two spend more time on the road than together as roommates.)

Kryst and Tunzi, too, were part of a history-making year in the pageant world: For the first time, the titles of Miss Teen USA, Miss USA, Miss Universe and Miss America were all held by Black women.

Kryst spoke with The Ledger’s Cristina Bolling by phone from her new apartment in Manhattan, where she’s already working on her next gig: as a full-time New York-based correspondent for Extra, doing celebrity interviews. She talked about being in the national spotlight during the summer of protests for racial justice and police reform, one of her biggest “pinch-me” TV moments, and whether she’ll ever move back to Charlotte.

The interview was edited for clarity and brevity.

Q: Miss USA is typically a role that keeps you on the road constantly. What’s your tenure as Miss USA been like, before and during Covid?

It’s really been quite a whirlwind. Pre-pandemic, it was just utter craziness all the time. I think there was one span of like 36 to 48 hours where I was in three or four different cities. There were a lot of times when I was traveling multiple times in a week, and it was sort of hard to figure out where I was when I woke up each morning.

Then I signed with Extra and started doing work for them in October of last year. That’s when things got even more hectic. So in March, when the pandemic hit, things slowed down a lot at first because people didn’t know how long the pandemic was going to last. In March and April, we were all in a holding pattern where things hadn’t switched over to Zoom, and we were holding our breath and waiting for things to end.

In May, June and July, we were doing Instagram Lives and social media campaigns, creating content for the Miss Universe organization. They started a campaign called #universeunited. We still wanted to be able to connect to people, so we encouraged our followers and viewers on the official Miss USA and Miss Universe platforms to send us what they were doing, whether it was picking up a new hobby or figuring out new at-home workouts. …

It’s really been hectic. I’m excited about it, because it means I get to do more interviews. I get to watch more (movie) screeners, which is always fun, because I don’t watch many movies, and now it’s my job to watch movies.

Q: What was it like being on the national stage during this summer’s nationwide racial justice protests? I saw that you did a lot on social media around that, including an Instagram video explaining Juneteenth and a photo from a Black Lives Matter rally you attended with Miss Universe, Zozibini Tunzi.

During the time I was competing in pageants, I never would have imagined that a Miss USA would be able to post about Black Lives Matter. It just wasn’t something you would even think about. You wouldn’t say that at a pageant; people would tell you not to. Now when it was happening, oh my God, it was so exciting. Not only was I posting about it on my personal pages, but on the official pages that are run by the organization, they strongly advocated for Black Lives Matter, for social justice, for change in our country and even beyond that.

I did an Instagram Live on the official Miss USA account with Opal Tometi, who was one of the co-founders of Black Lives Matter. When in history would we have been able to do that before? It was exciting for me, because I was like, “Finally, this is our moment! I’ll show you what pageant girls are supposed to do, and this is it!”

Q: Do you miss working as an attorney? And how much have you gotten back to Charlotte this year? Do you imagine you’ll ever move back?

There are some parts (of working as a lawyer) I miss. (Long pause to laugh.) There are other parts of it that I don’t. I am currently in talks with my law firm, Poyner Spruill, to carve out a position where I could continue to talk about diversity in the legal industry and continue to make change in the industry. Hopefully, we’ll have an announcement for that soon. I’m never out of arm’s reach when it comes to Charlotte and the law. It’s something that I dreamed of — I wanted to practice law for the longest time. We’ll see what happens with that.

Since March, I’ve been home twice. Charlotte’s always going to be home. I still plan to buy a place in Charlotte at some point in time. There wouldn’t be a me without the Queen City. I’m not totally gone — I just have a different zip code right now.

There are so many people that I interact with that I just never would have thought I would have had access to. I’m a huge Beyonce fan. I’ve never gotten to interview Beyonce, but when I was covering the Oscars with the rest of the Extra team, Beyonce’s makeup artist, Sir John, did my makeup for the red carpet and they shot it as a segment.

I was like, “The hands that have touched Beyonce’s face have also touched mine!” That for me was a huge moment and that was really exciting. Earlier this summer, I got to interview her mom, Miss Tina Lawson, and she was so, so nice. I’m one degree of separation now.