Black Economic Leadership League is pushing for inclusion with jobs and business opportunities, especially with Carolina Panthers complex coming in 2023. 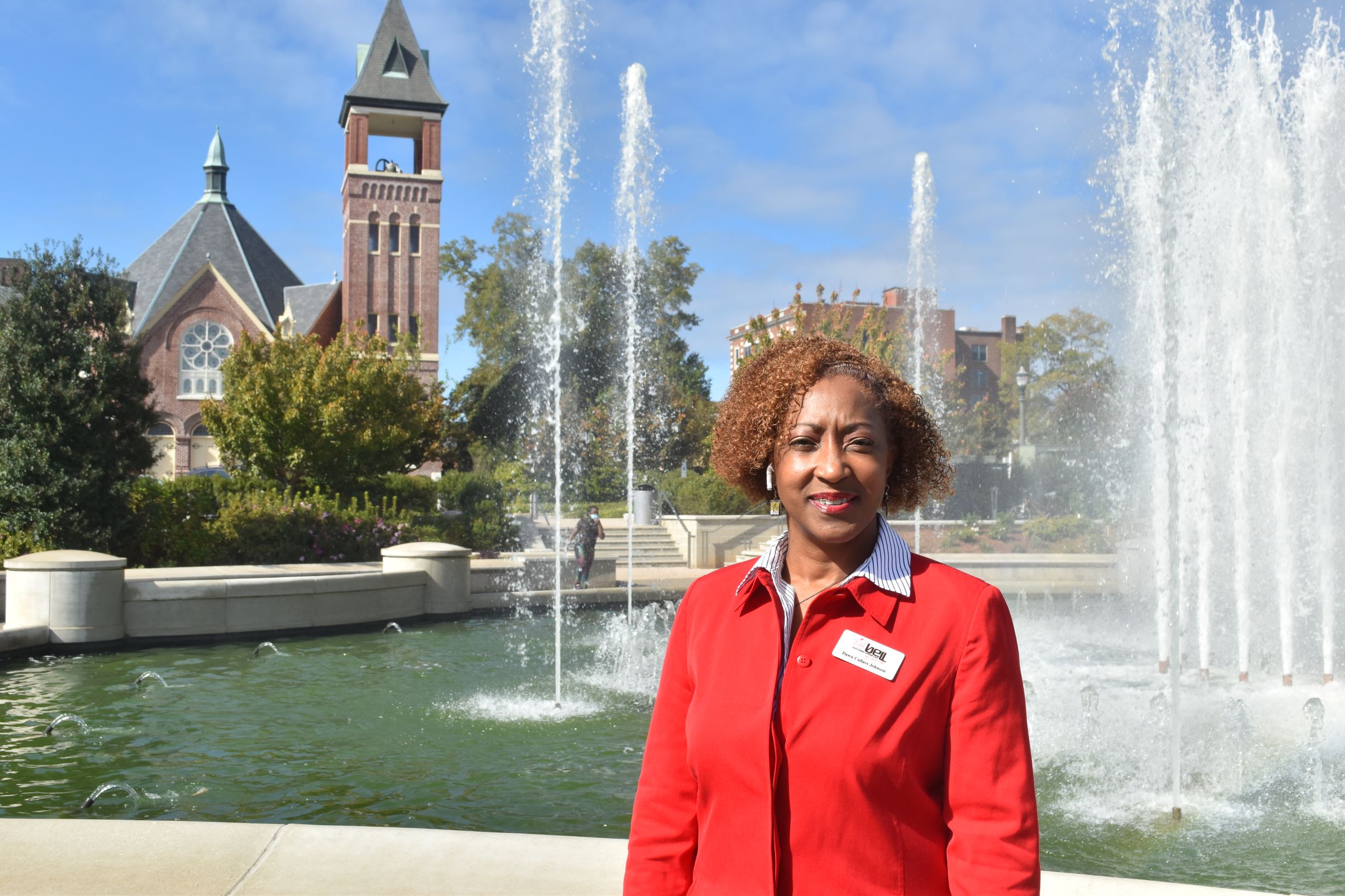 With the Carolina Panthers’ multimillion-dollar complex underway in Rock Hill, Black economic leaders in the area want to ensure the city’s Black residents aren’t left out of opportunities.

Cullars Johnson says her group is partnering with the city to make sure the major economic developments happening now and in the future are inclusive and equitable.

The influx of people visiting the Rock Hill, 30 minutes southwest of Charlotte, will bring more jobs and opportunities for residents, especially those looking to start businesses aligned with tourism, she said.

“I think that makes our work more needed,” she said.

Acting as a liaison of sorts between the city of Rock Hill and its Black business community, the group says it will petition its partners to ensure that there is an equal distribution of resources based on the numbers.

“When we look at all levels, roles within the city, in city leadership, the programming that’s being done, we’re asking the question, ‘is it reflective of the community?'” she said. “Is 39% of whatever you’re looking at comprised of African Americans?”

Cullars Johnson is referring to inclusivity for wage workers and contracts for businesses related to the Panthers’ 200-plus-acre site projected to open in 2023. Amenities will include sports and medical facilities, retail, hospitality and an entertainment complex.

“The owner of the Panthers, he’s philanthropic, he’s aware of the challenges that minorities and African Americans in particular experience,” she said. “Just with this development alone, it’s going to be a domino effect for jobs.”

To make this a reality, BELL plans to leverage its city partnerships and build on work they started in 2018 with the launch of its first ongoing initiative, Rock Hill @ Work, to connect low-income residents to technical training.

The group’s workforce development initiative came out of a roundtable with Mayor John Gettys, who expressed the challenges of the high-poverty, heavily minority-populated Saluda corridor.

York Technical College President Greg Rutherford said if they can get people living in those communities to go through a certification program, there are companies who will hire them and pay more than the liveable wage.

In turn, York Tech would be willing to assist residents with the cost of certification. That’s where BELL stepped in.

“We went to the mayor and said we would like to help you with that initiative,” Cullars Johnson recalled.

Initially, 60 people expressed interest, but through the challenges of having to show up consistently, working around their job schedules and managing child care, many of them dropped off.

In the first year of the initiative, seven people started the training program that can range from six months to three years. In the second year, two of the seven participants returned and five new people joined. Cullars Johnson said the group is working to improve consistency.

“We had our first graduate this year, and she’s going into the medical field. We had someone else who completed the program, but they were not able to pass the certification to gain employment,” she said.

Currently, BELL has 10 individuals on its roster. Cullars Johnson says the numbers aren’t discouraging because these individuals deal with many obstacles.

“It is a challenge to work with adults who are in the middle of their lives, to find child care, overcoming transportation issues,” she said. “It’s a lot for them to deal with.”

This year, Covid-19 is one of the many challenges BELL recruits face.

“We had one lady that was so committed to the program, then when COVID hit she had three young children she found herself homeschooling. There was just no way she felt she could go to school herself while trying to make sure her young children were getting the education that they needed virtually.”

‘It’s been my platform’

BELL is inspired to reach back and help others because many of its members have overcome similar odds, says Cullars Johnson.

At 13, she moved from the Bronx, New York, to Orangeburg, South Carolina, her mother’s hometown, after the family’s restaurant burned down in a fire.

After graduating from Florida State University, Cullars Johnson took a job with State Farm insurance company. Eventually, she was promoted to its corporate office in Illinois.

In 2006, she opened her own State Farm agency in Rock Hill, and she’s been part of the city’s business community ever since.

“It’s been my platform,” she said. “When I decided to open an agency and become a small business owner myself, I experienced such tremendous challenges. And I didn’t have a lot of resources or people at my disposal to help me.”

“Once I was able to achieve a certain level of success it became my vehicle to help others.”

This Story is Tagged: South Carolina