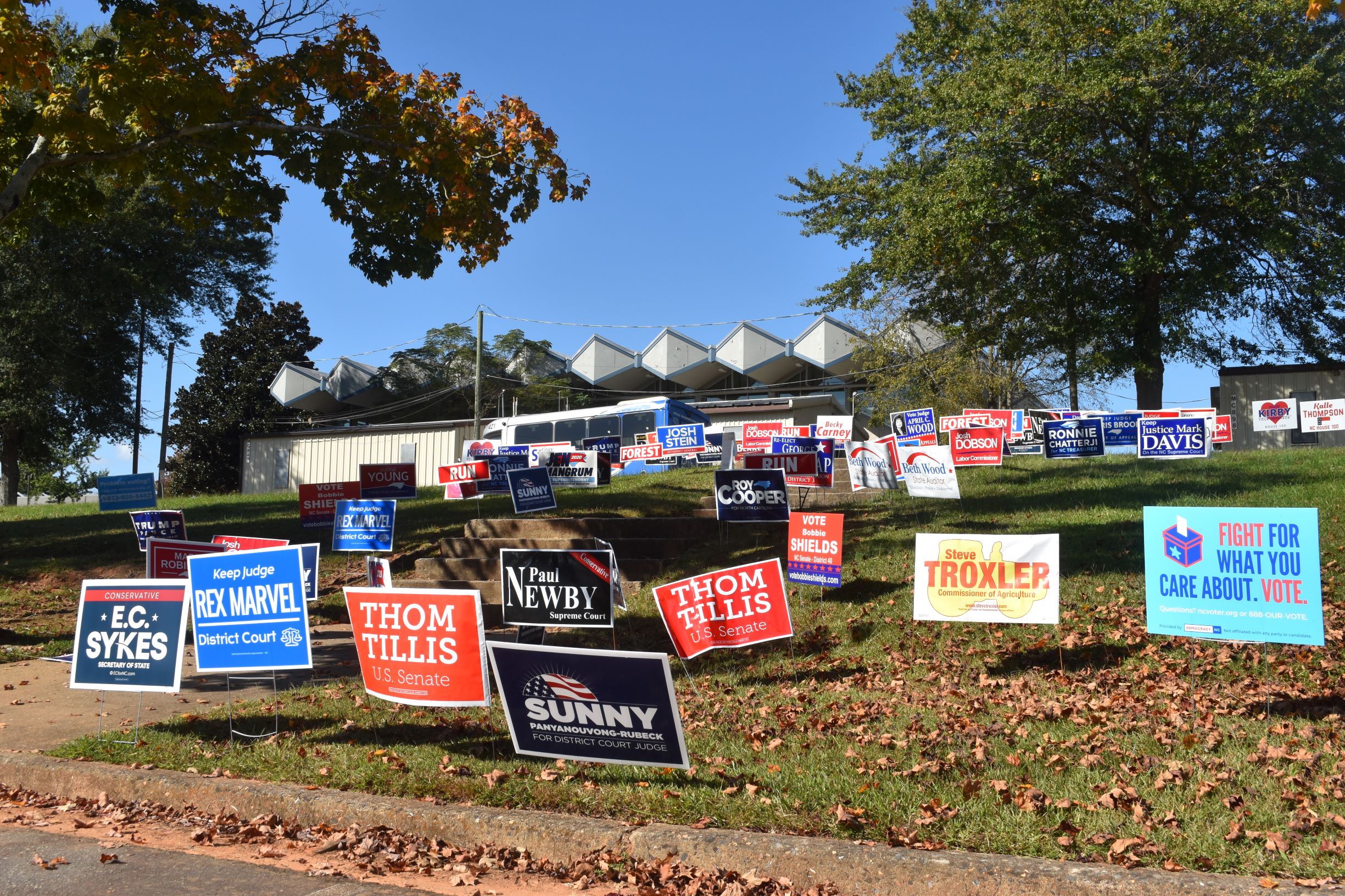 Democrats and Republicans will be cheering on different candidates come Nov. 3, but because of Covid-19, both political parties may be watching 2020 Election Day coverage the same way — virtually or socially distanced.

Gov. Roy Cooper announced on Wednesday that North Carolina would remain in Phase 3 because of the heightened number of Covid-19 cases across the state. Under Phase 3 guidelines, limits on mass gatherings remain at 25 people indoors and 50 people outdoors. The governor’s limitations put a strain on both political parties’ plans for possible 2020 Election watch parties and celebrations. As of Oct. 26, Mecklenburg County has 33,299 laboratory-confirmed cases of Covid-19, according to county health officials.

Jane Whitley, chair of the Mecklenburg County Democratic Party, said there won’t be any large in-person gatherings come Election Day. Instead, she recommended doing a Zoom call that the party and media members can join to watch election coverage and speak to candidates.

“This is what I envisioned,” Whitley said. “In a way, we can all kind of be together and have individual smaller gatherings, and then we’ll just loop everybody in with Zoom.”

Inside the local Democratic Party headquarters in east Charlotte, there is a balcony, three 1,200-square-foot rooms and offices for state party members. A few people will be at the headquarters on Election Day, Whitley said.

“If we do something where people can share their thoughts, go into break rooms or just an informal zoom call, then people can have in-house parties with the people they live with,” Whitley said. “We can’t really have much in terms of an in-person gathering.”

For the 2016 Election, the Young Democrats of Mecklenburg County organized an event at a local bar. Whitley said they probably would have organized another event this year if it wasn’t for Covid-19.

Details for the Dems’ Zoom meeting haven’t been finalized yet. Right now, they’re looking to expand capacity from 100 to 500 people on the call if possible, Whitley said.

The local chapter of the Republican Party will be hosting a “Trump Victory watch party,” but Vice Chair Sarah Reidy-Jones didn’t have further details.

Know about other local watch parties? Share them below in the comments. How do you plan to watch Election Night results?