Charlotte is one of 25 cities where the organization will offer food to voters waiting in long lines. 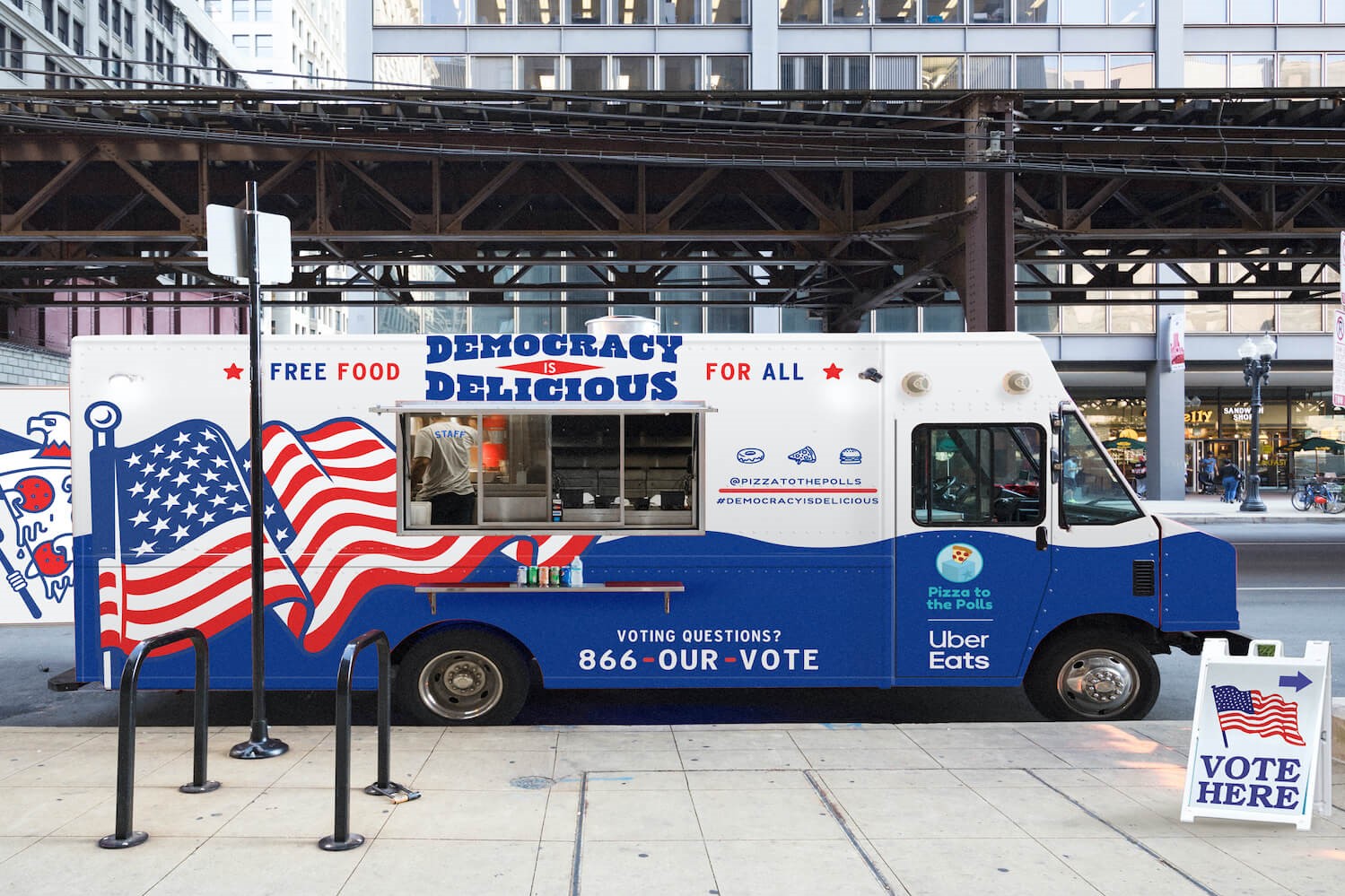 Photo courtesy of Pizza to the Polls

Pizza to the Polls, a nonprofit, nonpartisan organization that delivers free food to crowded polling places, is coming to Charlotte this voting season, starting Saturday.

According to the organization’s website, Charlotte is one of 25 cities where voters waiting in long lines will get free food. Deliveries in Charlotte are scheduled for Oct. 24, Oct. 29-31, and then again on Election Day (Nov. 3).

Why it matters: After four days of early voting in North Carolina, long lines had been reported all over the states, including in Charlotte-Mecklenburg. As of Sunday, more than 905,000 early ballots had been cast, according to the State Board of Elections. Another 608,000 voters had cast absentee ballots. (The state has more than 7.2 million registered voters.)

“Hunger is the last thing that should hurt our elections. Our mission is to create the same enthusiasm that brought everyone to the polling site in the first place,” Scott Duncombe, who cofounded Pizza to the Polls, said in a statement.

Since its founding in 2016, the organization has raised $490,000 and delivered 16,500 pizzas to 2,500 polling places. This year, it has launched a food truck program in partnership with Uber Eats and various restaurants.

Pizza to the Polls has set up a web page where anyone can report a long line using links to social platforms. Once a line is verified, a food truck will be deployed to the polling site.

Pizza to the Polls is asking the delivery services to give food to all who are at the locations — voters, children, poll volunteers and election officials.