Wait times varied at the 33 locations, but more than 30,000 residents cast ballots at the start of North Carolina's early voting period, which runs through Oct. 31. 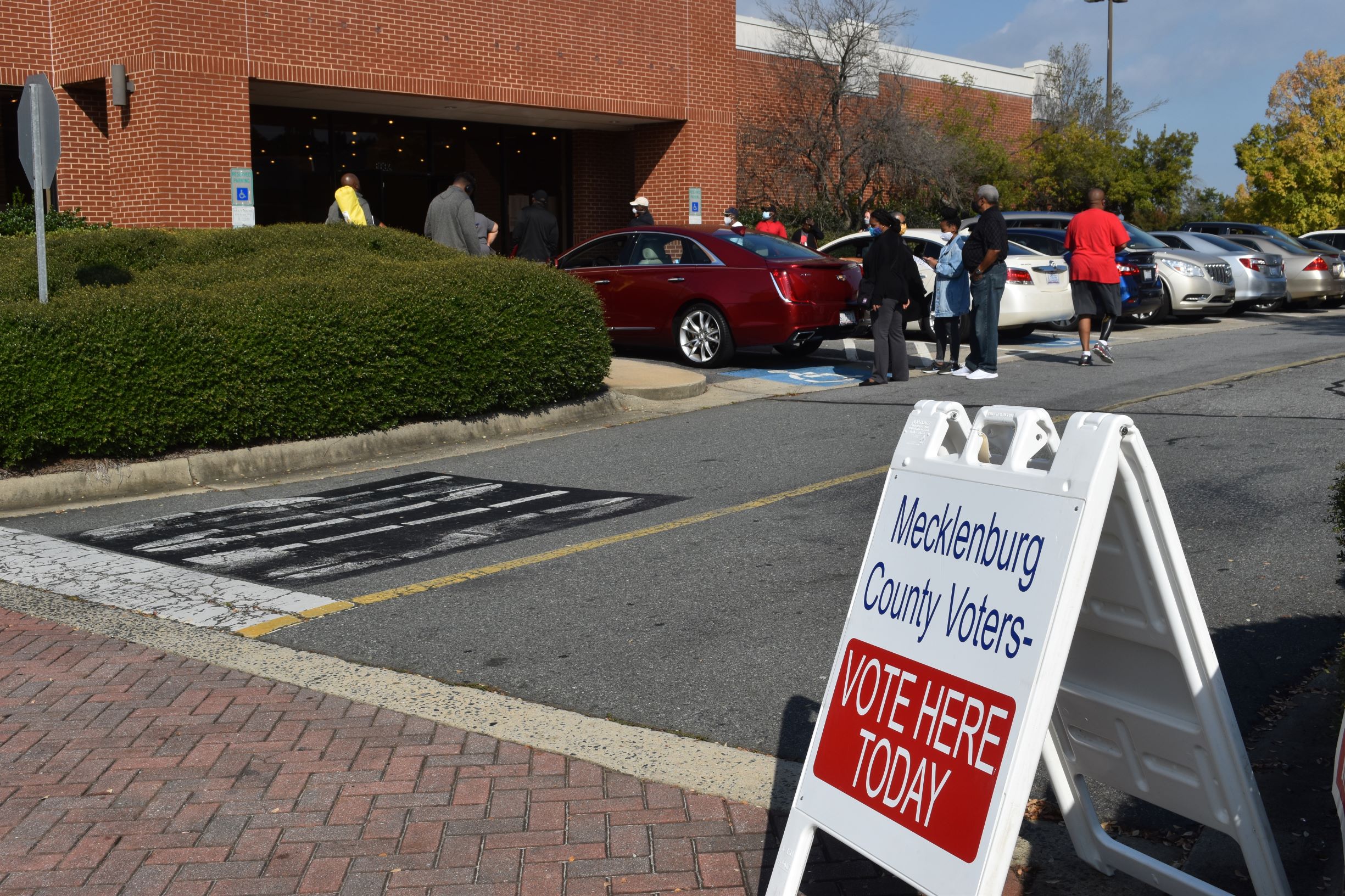 Debra Wideman grabbed her coffee and portable chair before joining the growing line of people waiting to cast their vote on the first day of one-stop early voting. It was 7:15 a.m., 45 minutes before the former Pier 1 site in University City officially opened to voters.

For Wideman, 65, it was a no-brainer that she’d vote in person this year, despite the crowd of nearly 200 people that snaked around to the Ross department store.

“It was automatic to come out and stand on line because of what our ancestors had done,” she said. “I didn’t want the easy way out. I wanted it to be a statement.”

Protecting social security benefits and medical coverage were issues top of mind as she reached the check-in around 10 a.m. She’s retired with a daughter who falls into the pre-existing condition category.

Les Adams met Wideman while waiting in line; she let him borrow an extra portable chair. The 74-year-old went into the voting booth thinking about health care.

“I have asthma and lung disease, so my health is everything,” he explained. “We have got to change things, and the only way we can change things is to come out and vote.”

Across town, voter turnout at the Allegra Westbrooks Regional Library (formerly Beatties Ford Road Library) remained steady throughout the day. Cars filled the parking lot and the community braved long lines at the west Charlotte polling place in efforts to be counted on Day One.

After an early morning rush, lines remained relatively empty at the Spectrum Center, a first-time polling place considered a megasite with its 38 voting stations. Voters like tattoo artist Billy Harris tipped off other residents on social media about the “in and out in 10 minutes” process.

Nearly 230,000 people had voted across the state by 5:30 p.m., according to the state board of elections. More than 30,000 Mecklenburg County residents voted at 33 early voting sites Thursday. That’s more than double the amount of first-day votes in 2016, said Mecklenburg County Board of Elections Director Michael Dickerson.

Election experts are expecting record turnout during the 17-day early voting period, which ends on Halloween.

Jonathan Limehouse contributed to this story.