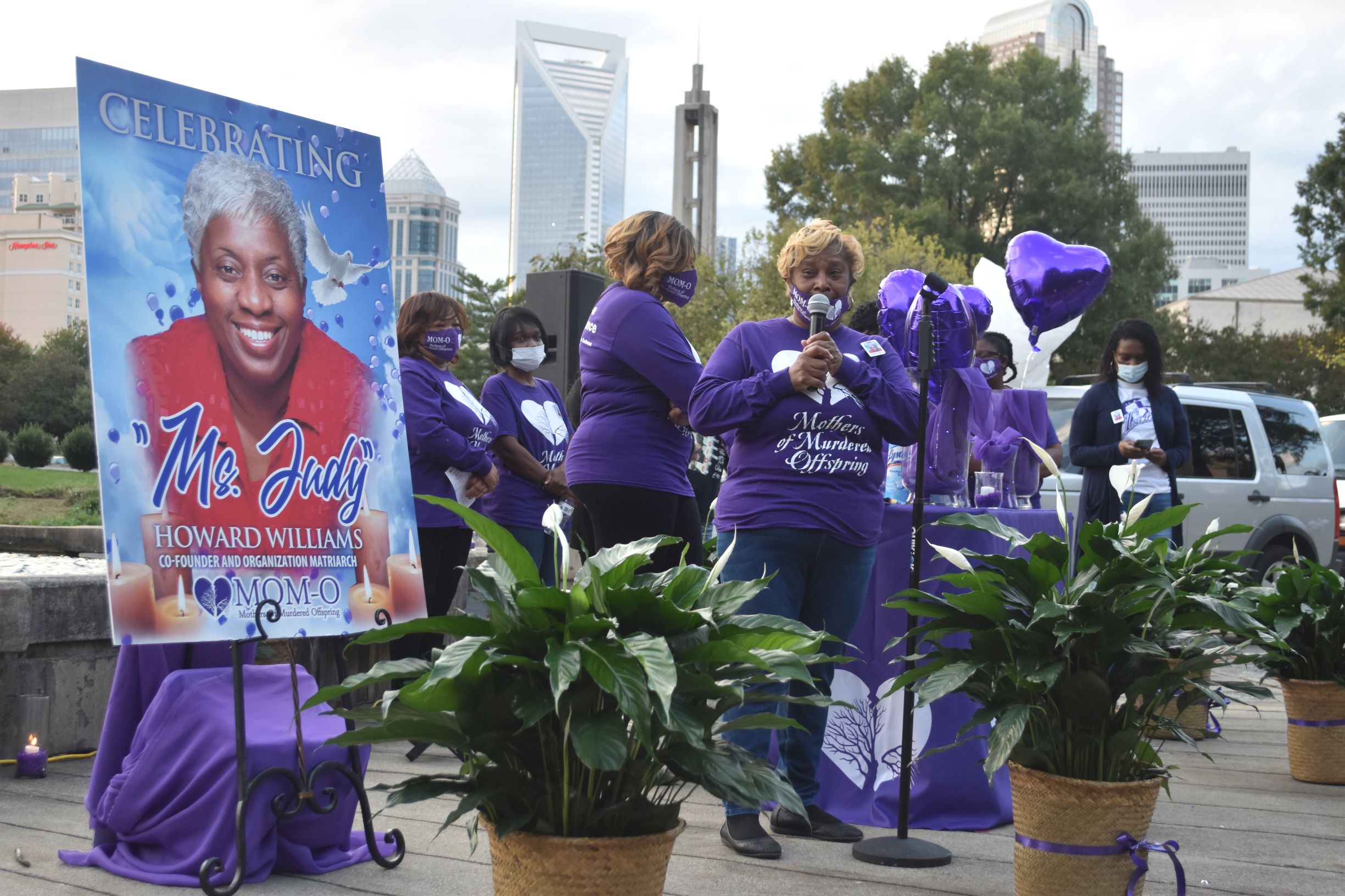 Saundra Adams spoke of her friend Judy Williams during a candlelight vigil in her honor on Oct. 16, 2020. Photo: QCity Metro

Family, friends and community members gathered at Marshall Park Friday for a candlelight vigil to celebrate the life of Judy Howard Williams, co-founder of Mothers of Murdered Offspring.

She died Saturday after battling lung cancer. She was 69.

Williams co-founded MOM-O in 1993 after the murder of her goddaughter, Shawna Hawk, who was raped, sodomized and strangled to death by a serial killer. Along with her son, David Howard, and Hawk’s mother, Dee Sumpter, Williams created MOM-O as a support group. Later, the group began organizing candlelight vigils for homicide victims and their families.

Lisa Crawford, administrator for MOM-O, says that Williams’ exposure to second-hand smoke at the vigils over the years led to her cancer. Crawford said smoking is no longer allowed at the organization’s vigils.

Double bricks will be installed in Williams’ honor at Our Children’s Memorial Walkway and garden at Frazier Park.

Her funeral is scheduled for Saturday at 2 p.m. at Steele Creek Church.