While residents protested the death of unarmed Black people, two men returned to their duty as officers to help bridge a divided community. 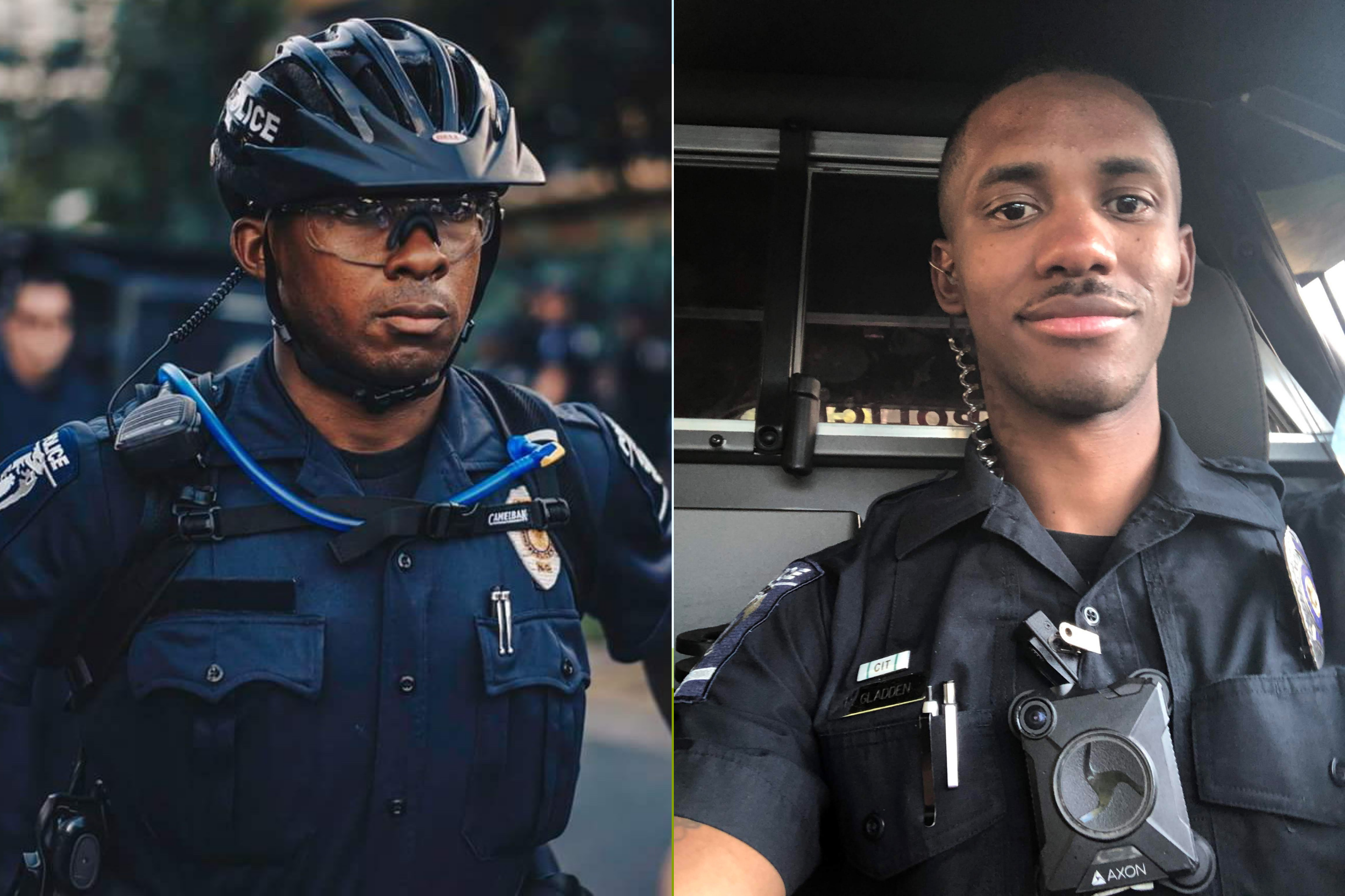 Darrion Eichelberger and Richard Gladden stepped away from a career in law enforcement for two different reasons. However, both rejoined the Charlotte-Mecklenburg Police Department shortly after George Floyd was killed by a Minneapolis police officer. The two men saw issues — like a lack of minority officers, accountability and perspective — that they intend to address with a return to the force.

Eichelberger left CMPD in 2019 after eight years, where he worked in both the transportation and central divisions. He wanted to try something new. Eichelberger got his commercial driver’s license and spent five months as a truck driver for Oliver Paving Company Inc.

“At the time, I felt like I did everything I wanted to do with the department,” he said.

When Floyd’s murder sparked riots and protests across the country, Eichelberger returned to CMPD with the hope of shedding a positive light on a profession he’s loved his entire life.

“I saw one as a kid and was like, ‘oh man, that’s pretty cool,’” he recalled. “When cops came into my neighborhood, my friends were told to run. I would run up to the car and ask for a sticker. At the time, I didn’t realize they weren’t there to have fun.”

Eichelberger isn’t oblivious to law enforcement’s reputation in Black communities. That’s why he wants to educate officers — new and old — on how to communicate with citizens they don’t usually interact with. He especially would like to mentor younger officers to see why they joined the police department.

“That’s something I have to do, I have to get into a car with these guys and pick their brains,” Eichelberger said. “You might want to have your heart right before you get out on the road.”

Now at 33, Eichelberger encourages youth to go into law enforcement, but only if they have an open mind. He didn’t choose a career in law enforcement to change how Black officers were perceived by the public. It’s a mindset that keeps him open-minded and willing to tackle a litany of issues.

“Everybody has a different culture, and I think it’s good for people to still show that,” he shared, “but I tell guys to not get wrapped in their own thing because other people are looking at you.”

As of June 25, 2019, CMPD employed 1,850 sworn officers. Of those, according to CMPD data, only 398 of them were Black. The majority of the police force was made up of White officers, accounting for 1,422 sworn officers.

“We got to do better recruiting more minorities,” said Richard Gladden, who exited CMPD in 2019. He had spent three years in the department’s north division.

Gladden believes people are scared to join law enforcement because they are concerned about public opinion.

“If we recruit better, I think we all could see possible change here in the future,” he said.

Gladden was 26 when he left CMPD to take care of his newborn daughter and young son. He worked third shift, and his kids were usually asleep by the time he got home.

“I took a step back to make sure my family was fine,” he said.

The Charlotte native was working as an executive protection officer for Truist Financial when George Floyd was killed.

“It completely disgusted me watching him lying on the ground and obviously saying he can’t breathe and going limp. The whole time you see that White police officer staring at the camera with no emotion on his face,” Gladden said.

He says he was torn as a Black man who loved his profession as a police officer.

“This guy is painting the profession that I love in a negative light, and he’s also killing somebody that looks like me that could be my brother, uncle or family member.”

On June 5 — two weeks after Floyd was killed — Gladden reapplied to join CMPD. While he knew the Minneapolis officers were wrong for what they did, he wanted to prove that all cops weren’t like them.

Growing up in west Charlotte, he remembered how it felt when law enforcement didn’t treat everyone fairly who they swore to serve and protect.

“I know there are racist cops and people, but it’s not like that in all of law enforcement,” the 27-year-old said.

He felt an obligation to go out in the community and show that there are officers — of all colors, genders, races and ethnicities — working together to build relationships within the community, lower crime rates and stop senseless murders of youth.

Gladden likes to have a “why” before he takes action. Right now, his “why” is to educate the community about ways to hold law enforcement accountable, while still serving residents of all races and ethnicities fairly.

“My goal right now is to get back out here and influence as many people as I can,” Gladden said. “We are all human beings.”