‘I will not be put into a box’: Media personality Ohavia Phillips proudly embraces her Afro-Latina heritage

The local influencer shares how her diverse heritage fuels her passion for community and drives her work in media. 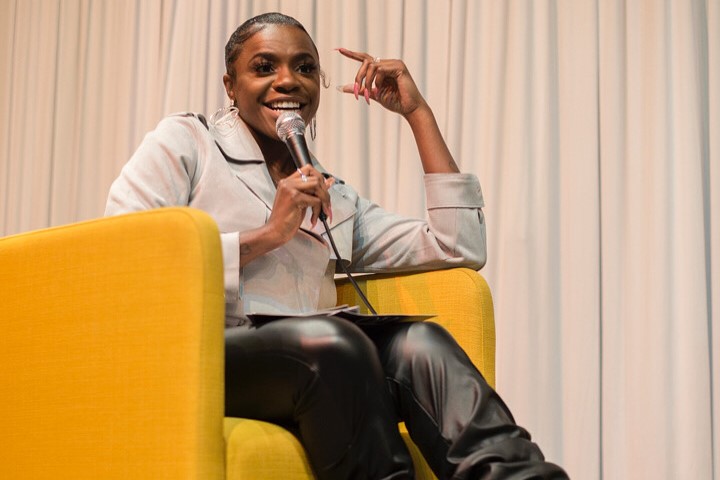 Representation of Black and Hispanic people mattered so much to media personality Ohavia Phillips that she left her “safe” job as a reporter for Spectrum News to start her own company and tell stories she deemed important to her community.

One of her breaking points was covering the shooting death of Keith Lamont Scott. She wanted to cover a protest at UNC Charlotte but claims her then-manager did not see the importance of the story.

“I remember having to fight so hard that entire day to even cover the UNC Charlotte die-in,” she recalled.

After multiple disagreements, Phillips decided she wasn’t suited for a traditional news job. She created her own show in 2018, “The Oh Show,” where she discusses hot topics and matters that concern Charlotte’s minority communities.

On the surface, some people may not realize that Phillips has a rich multifaceted heritage that fuses her Afro-Latina and African American cultures. It’s what drives her work in media.

“With ‘The Oh Show,’ I take it very serious, and I take it very personal that those elements are in there,” said Phillips, who looks up to award-winning journalist and producer Soledad O’Brien as one of her Latinx role models.

Deep in her roots

Before the pandemic, Phillips made sure to open every live show with a playlist that rarely included American pop music. Her show’s mixer, DJ Kato, kept the crowd vibing to reggaeton, bachata and afrobeat. She will never pass up an opportunity to share her heritage.

“This means a lot to me. It’s not just something to be displayed as anything exotic or trendy. No, there are people who died for me to even mention it,” she said. “It is so important that our Afro-Latinx community stands up. I think the more we see each other, the more unified we become.”

Born and raised in Brooklyn, Phillips learned Spanish at a young age. However, her parents focused more on teaching her English as a way to assimilate. Phillips now speaks broken Spanish, as a result, but can read and write the language.

Sharing the fullness of herself is how she pays homage to her grandfather’s Costa Rican and Colombian heritage. Her grandfather, Prince Alberto Batistá Hanson, was raised in Port Limon, Costa Rica, but has heritage from Barranquilla, Colombia, and Saint Catherine Parish in Jamaica. He migrated to America in the 1970s after experiencing racism in Costa Rica.

“Growing up, he was called names like ‘monkey’ [and] ‘ugly’ because of his Jamaican roots out of Saint Catherine. He actually ended up fleeing Port Limon to Brooklyn, New York, where he met my grandma,” she said.

When her grandfather landed in the U.S., he quickly realized the racism and economic disparities for people with Black skin. Although he was a Spanish-speaking Hispanic man, Phillips said he found refuge in New York’s West Indian community because the Costa Rican community did not accept him despite their cultural connection.

“That colorism that happened to him in Port Limon basically happened in New York,” she explained. “So, he joined a Jamaican church, and a lot of his experiences were Jamaican and Caribbean because it was easier for them to get him than his own people.”

Her grandfather and parents made sure she never forgot her roots.

“What I love is as I was growing older, that’s something that he never would allow to get away from me. He always was like, listen, this is legacy. Keep this up and out of everything you do, always pay homage,” Phillips said. “What I loved is my mom always paid homage, so…how dare I not?”

When she was 13, Phillips moved to Charlotte and began school at Sedgefield Middle School. Back then, she says she did not experience discrimination for being Afro-Latina because it was easier to identify as Black. She publicly embraced her background as she got older, but people challenged her, asking her to prove “that she is really Hispanic.”

“There’s a lot of the ‘mes’ pretending to just be Black because we don’t want no smoke. We don’t want questions like, ‘Well, you’re Spanish, so say something in Spanish because that has happened to me here in the South,” she said. “I’m always having to remind people that this thing comes in many different shades, like also being Black comes in many different shades.”

Phillips advocates for more Afro-Latinx people to proudly and publicly display a complete version of themselves. She said it’s a way to honor their culture and avoid being labeled as one versus another.

“It’s easy for people to say Ohavia is Black. Absolutely I am, and I love my Blackness. But at the same time, you gone get this merengue. You gone get this bachata, you gone get this salsa,” she said. “Also, I’m going to educate you because in the time it’s taken me to constantly deny my heritage, ethnicity and culture, I’m literally depleting myself of something so beautiful.”