The Florida natives say learning to swim is critical for the Black community. Research shows higher drowning rates in Black children compared to other groups. 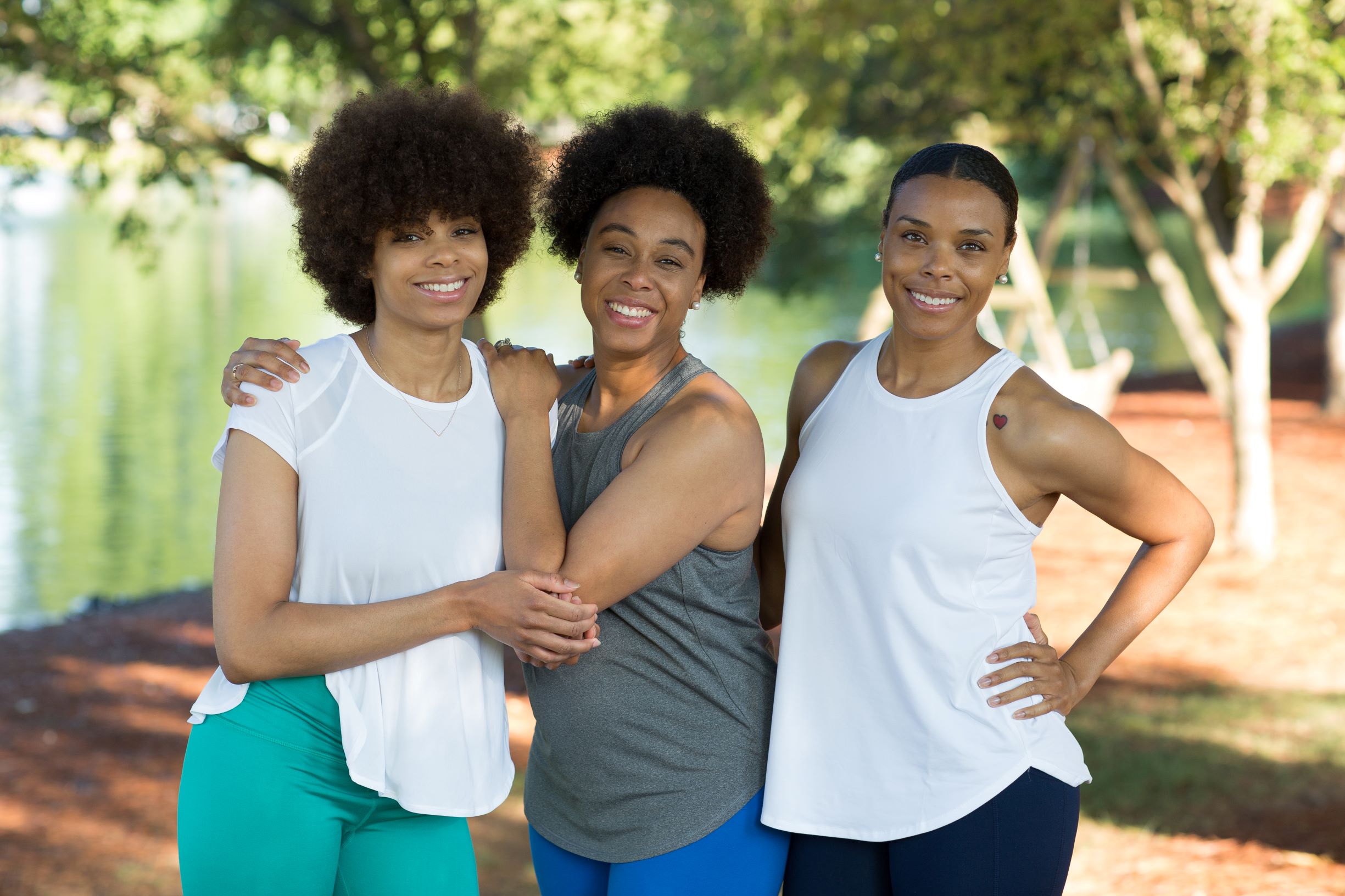 For the Wright sisters, swimming helped pay for college, led to financial opportunities and created a familial bond that remains strong in and out of the water. On a deeper level, Gia, Czamille (Chrisp) and Kirsten grew tired of reading stories about Black people drowning because they didn’t know how to swim.

The trio launched their W3 Swim podcast and created a social media community to change the deep-rooted stereotype and promote the benefits of swimming.

Their love of the water was born from a traumatic experience. When Gia was 8, while accompanying her cousin to swim lessons, she jumped into a pool and almost drowned. A swim instructor saved her life, but that experience forever changed the Wright family.

“If she hadn’t jumped in the water that day, I don’t know if we would be telling our story,” Kirsten, 29, said about her eldest sister.

Fatal drownings of Black children between ages 5 to 19 are 5.5 times higher than their white counterparts, according to data from the Center for Disease Control and Prevention. Additionally, the USA Swimming Foundation and the University of Memphis report that 64% of Black children have no or low swimming ability.

Their father, Gainus, taught his daughters how to swim because of Gia’s incident and the fact they lived in Fort Lauderdale, Florida — bodies of water were always nearby. Gainus was an educator during the school year, but he worked as a lifeguard during summer breaks and kept the girls around the pool.

Representation in the water

The stereotype surrounding swimming and the Black community is one reason the sisters want to share their stories. Czamille 100% agrees that the stereotype is out there, and she said the lack of representation nationally and collegiately is proof. When the sisters swam competitively for USA Swimming in high school, Czamille said there were maybe five Black swimmers, including themselves. The hundreds of other swimmers were predominately white, she added.

“When you watch the Olympics, you saw Cullen Jones, Maritza (Correia), Alia Atkinson and Simone Manuel,” said Czamille, 32. “I’m counting on one hand, so it’s very sad that stereotype is out there, but it’s not something that’s necessarily true.”

Jeff Wiltse, historian and author of “Contested Waters,” said in an NPR interview that municipal and city pools weren’t built in Black neighborhoods at the same rate they were in other neighborhoods back in the late 19th and early 20th century.

To segregate pools during this time, communities called the cops and city officials to prevent Black people from entering pools that were earmarked for white people, or they resorted to violence, Wiltse said.

Fast forward a couple of decades and Gia points to a lack of resources as another culprit for the looming stereotype that continues to plague the Black community. She says there aren’t enough swimming facilities in Black communities.

“You can go into different Black or minority-based communities, and you will see a basketball court, a football field, but rarely are you going to see a pool,” she said. “If there is a pool, it’s not indoors, so swimming all year isn’t going to be a thing.”

Gia teaches English at Rocky River High School in Mint Hill, at least a 15-minute drive for her students to the nearest swimming facility — Simmons YMCA, which requires a paid membership to swim there.

“There is definitely a lack of resources,” said Gia, who is also a local swim coach. “There’s not a swimming pool for our students or any of the students that live in that community to swim within 10 minutes or so. They have to travel.”

The sisters want to make resources more accessible. They hope to offer lessons, expand their network, grow their podcast “W3 SWIM” and make connections with people in and out of the swimming community to do so. The Covid-19 pandemic paused plans to gather in person, but they look to impact the swimming and Black communities through virtual conversations in the short term.

“We want to continue having conversations so we can get the information and word out about what we’re doing and what we represent,” Gia said. “And just seeing where it goes from there.”

It’s not too late

Kirsten, who now lives in Greensboro, emphasizes that it’s not too late to learn to swim. She worked as a swim instructor from age 16 to 26, where she taught babies to the elderly.

“You can learn to swim, learn to save yourself and pay it forward,” she said. “We can’t continue to thrive as a race and community without learning new things and bringing more to the forefront. That’s really what we’re about, we just really want people to take the time out and put in the effort.”

To connect with the sisters, follow them on their W3 SWIM Instagram and Facebook pages. You can listen to the W3 SWIM podcast on iTunes and Podbay.