Rally about the importance of voting ends with drive to local elections board office. 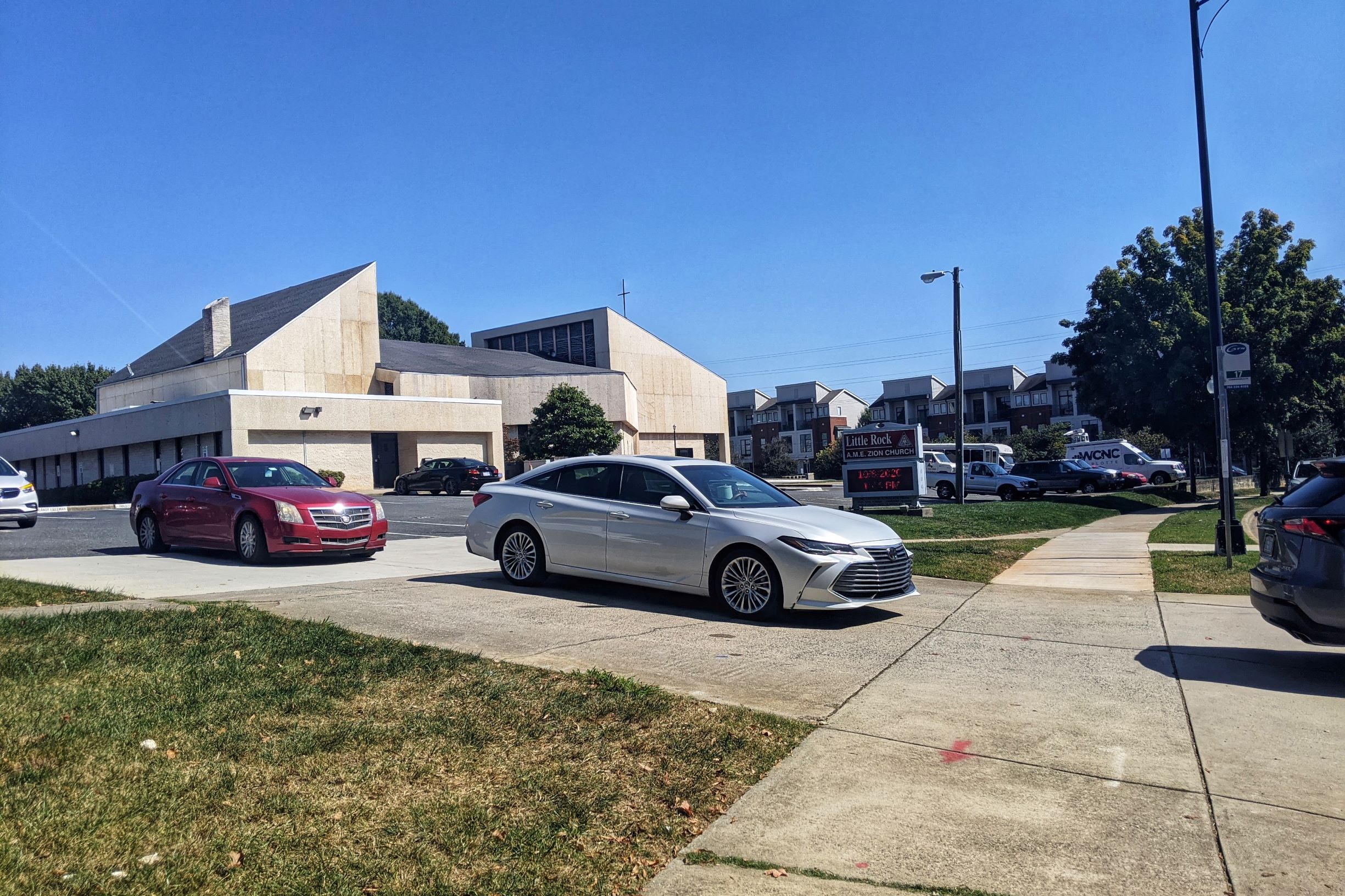 A mix of clergy and civic leaders led a mail-in ballot caravan Thursday afternoon as a direct response to nationwide allegations of minority-voter suppression tactics. Leaders say concerns over how and when general election votes will be counted is why casting early votes are especially important in the Black community.

The group close to 20 people gathered for a brief program at Little Rock A.M.E. Zion Church near uptown Charlotte before trailing together two miles down the road to the Mecklenburg County Board of Elections to submit absentee ballots.

Jay Ferguson, the event’s organizer, said the caravan was meant to encourage people to vote.

“It’s just that simple,” he said. “Once you get to the ballots, you make your own decision. We want people to come out and exercise their constitutional right that our people fought so hard for.”

“This vote has always been our ticket to freedom starting back in 1865 when we were emerging from slavery and first given the right to vote,” the elder Ferguson said. “We want to keep that spirit up because we have to in order to eventually take our rightful place in America.”

James’ wife, Barbara, had the idea to organize the event but didn’t attend because she was feeling “under the weather.” Instead, she pulled in Jay and Rev. Dwayne Walker of Little Rock A.M.E. Zion Church to serve in her place, which made it especially important for James to show up and support.

“It turned out to be an important event for the community, and in this environment in which we are living, the African American vote is critical,” he said. “We’ve got an administration in Washington that’s trying to suppress our vote.”

Walker said his church has long played the role to ensure Black people could participate in the voting process.

“We’re all in,” he said. “Little Rock Church has been in that location for over 100 years, and we’ve always had that role in our society. I’m happy to serve this church during a time when we continue to have that role.”

Friday is the last day to register to vote in North Carolina, but same-day registration will be available when early voting begins Thursday and runs through Oct. 31.

[Click here for changes voters will see when polling sites open, hours of operation and all 33 locations.]

As of Thursday, 52,388 absentee ballots were cast in Mecklenburg County.

Walker expects a bigger turnout on Oct. 18 and Oct. 25 when local faith leaders host the annual “Souls to the Polls,” where attendees will march from Romare Bearden Park to the polling site at Spectrum Center.