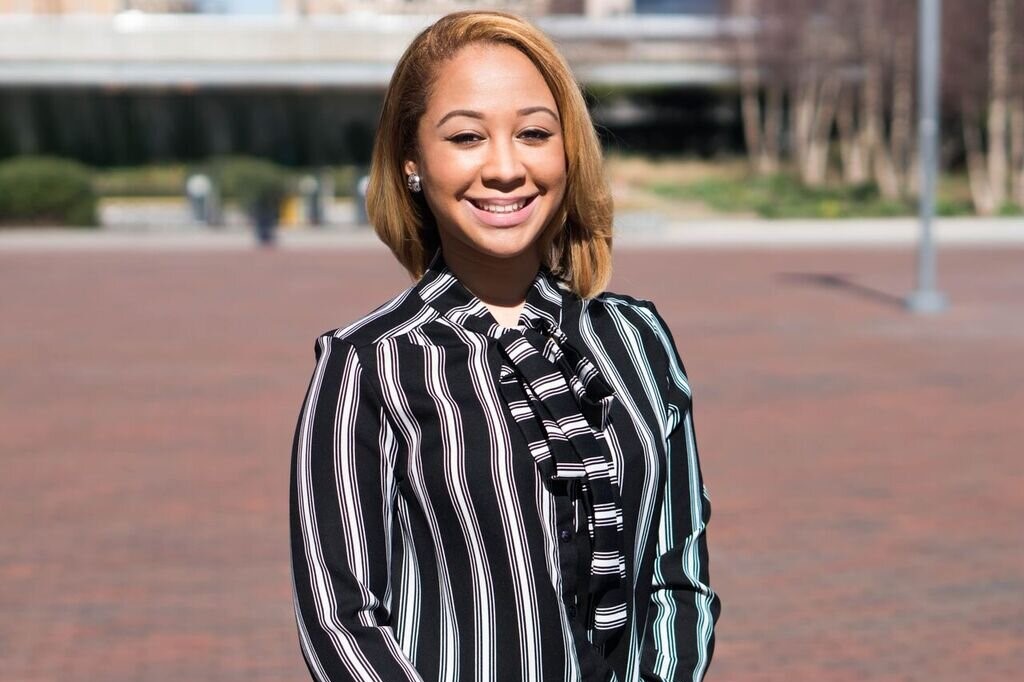 All politics are local. At least that’s what former Speaker of the U.S. House of Representatives Tip O’Neill used to say.

It’s a sentiment echoed by the handful of cross-generational Black Charlotte voters QCity Metro spoke with in early October in assessing priority issues for this election cycle.

“Municipal issues and elections are especially important to me,” says Christina Pickett, 28, an account executive with GM Financial in Charlotte. “It is increasingly important for me as I establish roots here to share my voice and vote on issues impacting our community.”

She cited the 2014 Harvard Economic Mobility Study, where Charlotte ranked last of 50 of the largest U.S. cities on the chances that a child born in poverty will rise out of it, as evidence that local government and policymaking can and should strive for change.

“I love Charlotte and the diversity of the community,” Pickett says, “Though on a deeper level there is a lot of [economic] separation within classes. There are groups of people somewhat left behind in terms of the advancements the city has made. Fair and affordable housing are a concern to me. These issues need to be addressed locally.”

Pickett said she has been a registered voter since her freshman year at the University of Alabama. She has already reviewed a sample ballot for this year’s election and intends to vote early and in person. While her motivation level to vote this year is high, she says her enthusiasm for the process is not different than in election cycles past.

“I was very excited for the last election, and I’m very excited about this one,” she said, “especially as I’m more educated about county commissioners and judges on the ballot.”

“Drug prices, especially for drugs like insulin, are astronomical,” she says. “We have to address this.”

People to address the issues

Jada Flowers registered to vote in 2018, and 2020 is the first presidential election she is voting in. She plans to vote by mail and has already applied for an absentee ballot.

The 20-year-old UNC Charlotte student says she is highly motivated to vote in this year’s election, noting, “The climate of our nation right now has a lot to do with the leadership. If we want to change the climate of the nation, then the leadership needs to be changed. I feel like I can’t make critiques or complain about our system if I don’t try to change it.”

“I feel like the local elections are very important,” says Flowers, a business analytics major at UNCC. “They impact daily life in our community. I look to focus on local elections such as school board and city council. These are the people who make decisions about primary education, local policing, transportation and issues we routinely face.”

The environment and education are significant issues for her, too.

“Education is key to many things,” says Flowers, noting that job opportunities and economic mobility are closely tied to a solid education. “Using hard facts and science in making policy decisions is critical for government leaders. They need to consider the health of the planet to make the world better.”

Flowers, who serves as president of the Black Student Union at UNCC, says she believes politics play an outsized role in daily life because many social issues have become politicized.

“The candidates I’m voting for should have a deep understanding of human rights and how people should be treated,” she said. “They are working for the people, not the other way around.”

A healthy local economy, with plentiful opportunities for small businesses and skilled workers, is a driving issue for Yandrick Paraison.

“We need to put more emphasis on economically disadvantaged communities,” says Paraison, 43, a consultant with the National Urban League. “Candidates talking about providing more opportunities for small businesses, and getting people trained with vocational skills, are ones I’m looking deeply into.”

Paraison registered to vote decades ago, just out of college. He plans to vote in person this year and is currently in the process of reviewing the ballot, conducting research on candidates and issues.

“I’m more motivated to vote this election cycle because we’ve got to make our voices heard,” he says. “Within the Charlotte community, we have neighborhoods needing more assistance. People of color aren’t, in general, doing as well as others. We must get the right people in office, those with the capacity and the heart to address issues facing our communities.”

On a broader level, Paraison said education, health care and affordable housing are areas that he is concerned about and ones influencing how he plans to vote.

“Politics play a huge role in our lives,” he says. “We feel it every day in every area of our lives. It’s important our voice is heard.”

All the voters we spoke with emphasized the importance of researching candidates and issues before heading to the ballot box. Pickett noted the Mecklenburg County Board of Elections website as an excellent source for the voting process as well as candidate and ballot information. She also referred to the non-partisan organization Common Cause NC as a helpful resource for voter guides and voting information.

“I believe a single vote can make a big difference,” says Pickett. “We all have a say and a role in shaping policy and making change for the future. Don’t just look at two presidential candidates and think, ‘That’s it,’ or ‘I don’t like either.’ There is so much more at stake.”

All the cabinet positions, for example.

“These leaders and organization policies made at a federal level have both national and local implications,” she said. It’s important to vote.”

Flowers agreed the vote is a powerful tool and spoke of the importance of pre-voting research with friends and peers.

“I like to have open and honest conversations with others,” she said. “I want to be open to new knowledge and perspectives. My hope is people understand how important this election is to the Black community. If you don’t feel like your voice matters, trust me, it does.”

Michael J. Solender is a freelance writer whose work has appeared in the New York Times, American City Business Journals, Metropolis Magazine, Business North Carolina, the Charlotte Observer and others. Read more from him at michaeljwrites.com.