With Election Day less than a month away, here’s where we are

Key dates, absentee voting updates and a snapshot of races to watch. 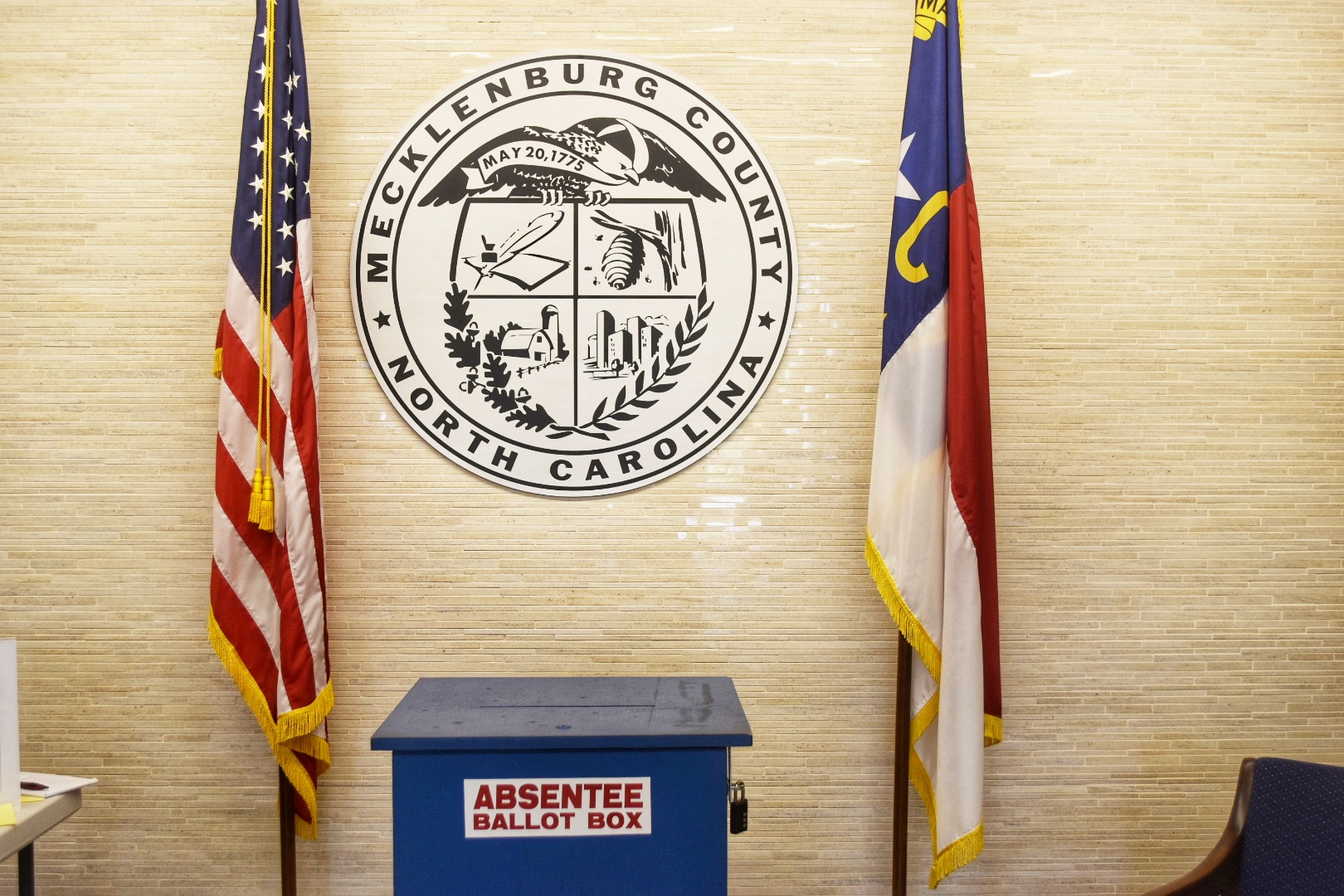 We’re less than 30 days away from Election Day, and in a year of certain unpredictability, the 2020 elections may be the crescendo or a catalyst.

Here are a few things to know for Mecklenburg County residents when it comes to voting in the upcoming election.

Requests for absentee ballots have already surpassed numbers from the 2016 general election, and it’s predicted that the absentee voting numbers will do the same thanks to the coronavirus pandemic. The integrity of absentee voting has been under scrutiny ahead of this year’s races, however, studies show that voter fraud is extremely rare. For example, incidents of voter fraud were found in less than 1% of all ballots reviewed in the Brennan Center’s “The Truth About Voter Fraud” report.

As of Friday, more than 1.1 million absentee ballots have been requested in North Carolina compared to roughly 125,000 requests in 2016. Mecklenburg County has the second-largest number of requests for absentee ballots (165,715), trailing Wake County (188,288). Ballot requests overwhelmingly belong to registered Democrats and unaffiliated residents, respectively – about three times as many in both counties.

A recent change in North Carolina absentee voting rules will extend the time for counties to collect absentee ballots and help voters address errors with witness information on their ballots. State data revealed that the rejection rate for mail-in ballots submitted by Black voters was nearly three times as high as the rejection rate for white voters, which could affect the outcome in key districts.

On Oct. 2, Wake County Superior Court Judge Bryan Collins approved a decision by the State Board of Elections to accept mail-in ballots received by Nov. 12, as long as the ballots are postmarked by Nov. 3 (Election Day). Friday’s ruling will also allow absentee voters with ballot issues to receive an affidavit to complete and return. Previously, voters had to complete an entirely new ballot to correct witness information.

Click here for information on requesting a ballot or tracking your mail-in ballot through BallotTrax.

No matter where you live in Mecklenburg County, your ballot is lengthy. Doing your homework and viewing your sample ballot ahead of time may prevent you from feeling overwhelmed when heading to the polls. Here are snapshots of interesting races to watch.

Similar to the presidential election, the governor’s race has turned into a focus on Gov. Roy Cooper’s handling of the coronavirus pandemic. His challenger, the current lieutenant governor, Dan Forest, sued Cooper for issuing his executive orders shuttering businesses and preventing mass gatherings during the pandemic. Forest dropped his lawsuit in August.

North Carolina Black history will occur in the lieutenant governor’s race. The winner will be the first Black person to hold the position. Rep. Lewis Holley has served in the state’s House of Representatives for the past eight years. Robinson, a former factory worker and a gun rights advocate, went viral following his impassioned speech during a Greensboro City Council meeting in 2018 as the city debated whether to cancel a local gun show.

North Carolina is a key battleground state for the president and the senate. This is the first time Tillis is up for reelection for his seat.

It’s a rematch from 2018. Shields, a longtime Mecklenburg County employee who served as interim county manager in 2014, takes on Waddell, who won the seat in 2015.

Voters will decide on three city bond referenda this year. The 2020 general obligation bond is the last in a four-bond series that dates back to 2014. The 2020 bond totals $197 million broken down into three areas:

Last month, local leaders unveiled details behind revitalization projects planned for the Beatties Ford Road corridor as part of Charlotte’s “corridors of opportunity” initiative. Funds from the neighborhood improvement bonds will help fund projects like this in all six Corridors of Opportunity locations throughout the city.