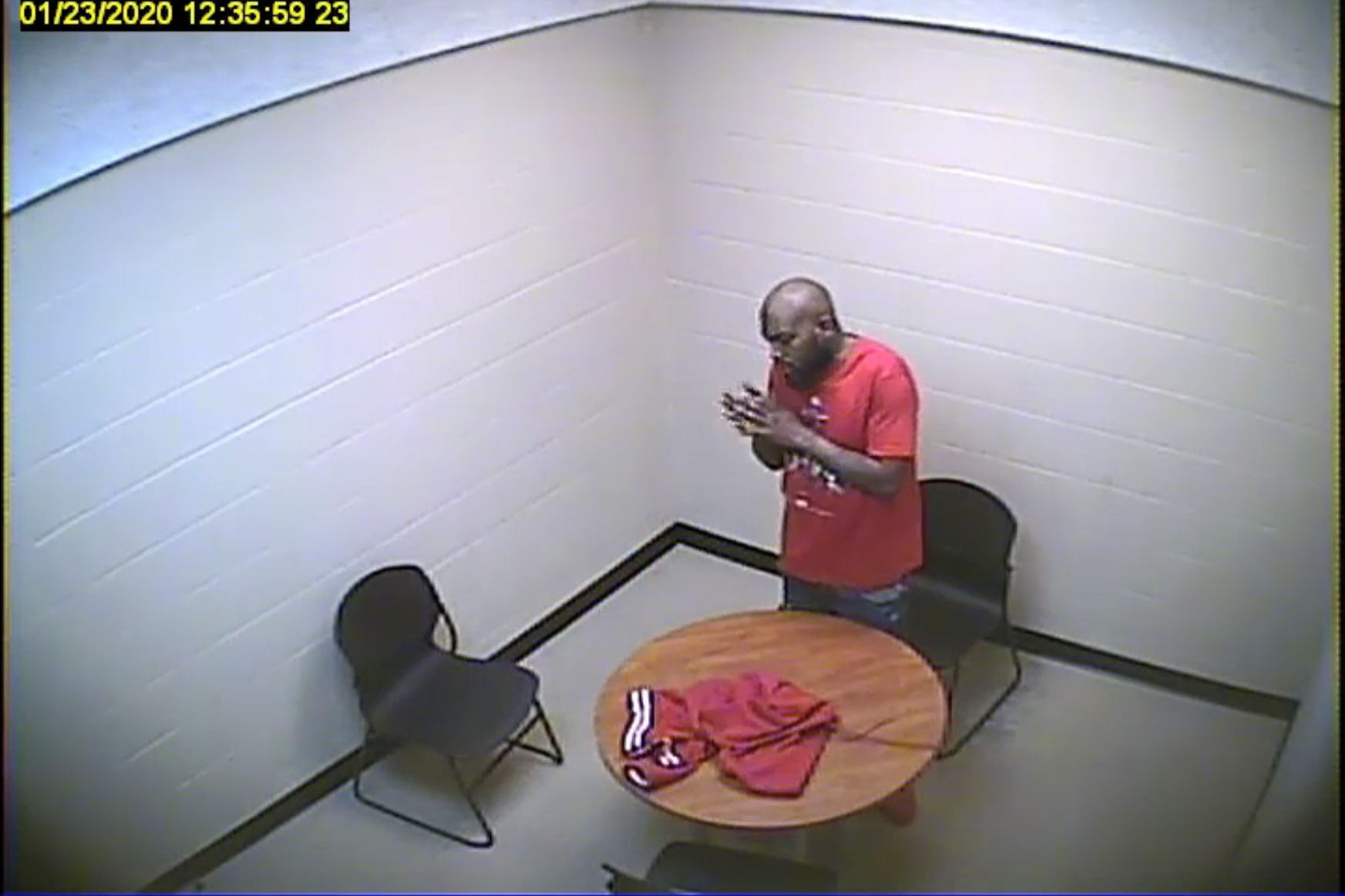 Videos released by Charlotte-Mecklenburg Police Department Thursday show the arrest of 41-year-old Harold Easter through the moments he collapsed in police custody.

“I’m going to die,” can be heard from Harold Easter’s mouth right before he collapsed in a Charlotte-Mecklenburg police interview room on Jan. 23.

CMPD released 17 video clips to the public Thursday morning chronicling the in-custody death of Easter. The videos document the initial arrest, the transport to the police station, the medics attempting to resuscitate Easter and the 41-year-old’s final moments in the police interview room.

During a press briefing Thursday afternoon, CMPD Chief Johnny Jennings said the videos were arguably the most difficult he’s had to watch in his entire law enforcement career. Mayor Vi Lyles and city staff also joined Jennings at the briefing.

“It’s been extremely heartbreaking for me to see the impact this has had on the Easter family,” Jennings said. “I’ve had multiple communications with them, and they are good people. This is something they should not have to endure and live through.”

The sergeant and four officers who were cited for termination by Jennings two weeks ago resigned days shy of the videos being released to the public. An internal investigation determined that the officers had “intimate knowledge” that Easter swallowed and ingested cocaine during the traffic stop.

“I do pray that they (the Easter family) finds comfort in knowing that the police department did what we had to do to hold these officers accountable,” Jenning said.

The five sworn CMPD employees will not face criminal charges for their involvement in Easter’s death. The state and district attorney concluded last week that they could not prove beyond a reasonable doubt that Easter would’ve lived if the employees sought immediate medical attention after pulling him over.

Jennings said he respected the district attorney’s decision because he’s an expert, and to the state, it’s about more than policy violations.

The officers violated two policies that were especially concerning to Jennings. The first being the lack of alertness or wherewithal to call a medic once the officers realized that Easter had ingested drugs. The second, which Jennings changed in January, is to monitor persons in interview rooms continuously. In the past, officers were required to check on people in interview rooms every 15 minutes.

“I can assure that members of this department will continue to be held accountable when their actions violate policies and impact community trust,” Jennings said.

Jennings doesn’t believe his former officers had malicious intent, but rather their bad decisions and inability to follow policies led to the loss of Easter’s life.

From the dialogue in the videos, Jennings concluded that the officers and Easter were familiar with one another. He doesn’t know how well the officers knew Easter, but Jennings said they knew his first and last name.

Although the officers resigned, Jennings confirmed that the resigning sergeant and four officers will be entitled to their pensions. He cleared up public confusion by saying the officers’ pensions “is their money” because it came out of their paychecks.

City of Charlotte leadership on hand

Lyles said the first thing the city and police department have to do is acknowledge that this incident has been a tragedy for Easter’s family.

“We have to acknowledge the fact that there was another life lost,” she said. “As a result, we also have to understand that there are consequences to these kinds of actions.”

Lyles recognizes the sense of anger and loss, but she asked the community to understand that the reimagining of the police department is moving forward, and the internal investigation into this incident was the first step.

Ratchford said no one wants situations like this to continue happening, which means the city and community must be committed to meaningful and lasting change.

“Change that is built on trust, can be seen and felt throughout all parts of our community,” he said. “My hope is that we can come together to talk to one another, and not necessarily at one another.”