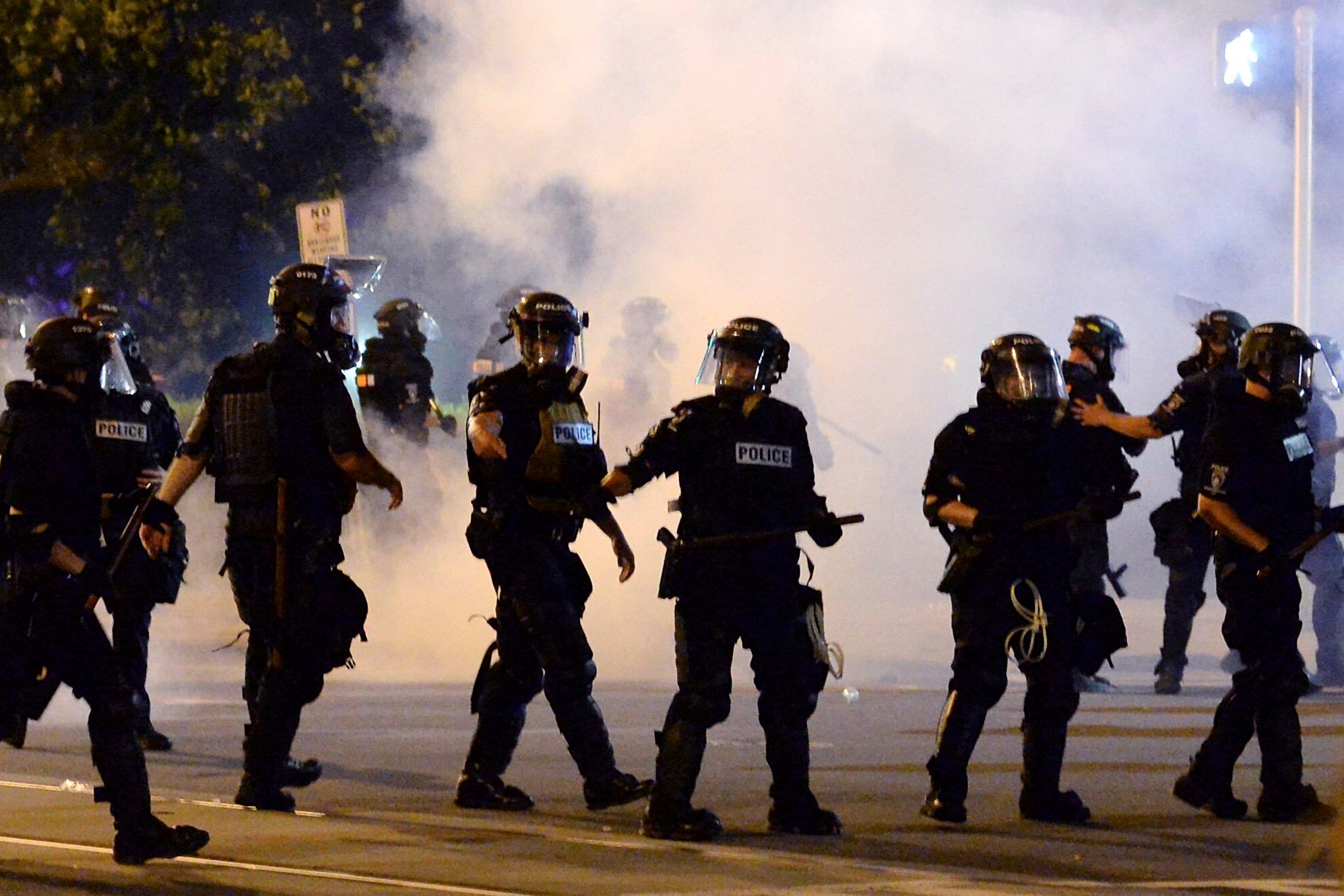 The no-knock warrant policy change was finalized by Jennings on Monday, and he anticipates the tear gas policy to also be changed this week.

Jennings attributed the policy changes to situations involving law enforcement that are transpiring nationally — like the fatal shooting of Breonna Taylor in Louisville, Kentucky. Officers in Louisville used a no-knock warrant to search Taylor’s apartment for drug evidence against her ex-boyfriend. The 26-year-old was shot and killed by officers.

CMPD typically does not use no-knock warrants, but it is within their policy, Jennings said.

The chief and his senior executive staff concluded that no-knock warrants will not be initiated or pursued by CMPD. Officers have been notified of the policy change, he said.

Robert Dawkins, state organizer for SAFE Coalition NC, said discontinuing no-knock warrants is bigger than CMPD because the court system and general assembly sign off on their use by police officers.

“We would like to see them [no-knock warrants] end at the judicial level,” Dawkins told QCity Metro. “No-knocks warrants are something that has always been troublesome to me because the police paint a picture to a judge, usually on the phone, like their life is in danger. Do they use them because of that, or do they use them to expedite their process?”

Last week’s grand jury decision not to issue criminal charges against all but one of the officers involved in Taylor’s death reignited protests across the country that swelled over the summer following the death of George Floyd by a Minneapolis police officer. In some instances, law enforcement used tear gas to disperse protestors.

Jennings referred to the chemicals that CMPD will be discontinuing as “CS gas,” or 2-chlorobenzalmalononitrile.

“We’ve had some discussion with subject matter experts within CMPD, and we have withdrawn CS gas,” Jennings said.

Instead, CMPD will use a natural irritant called “OC gas” to disperse large crowds. Jennings compared it to pepper spray that you can buy at Walmart.

“It’s the same level, if not less than, what you can purchase as an individual,” he explained.

Jennings added that CS gas is more effective and covers a wider dispersal area when deployed, but OC is natural and essentially made out of peppers.

CS gas has already been pulled, but the policy won’t officially be changed until sometime early this week, Jennings confirmed.

Larken Egleston, District 1 city councilman and chairman of the safe communities committee, applauded Jennings for demonstrating a willingness to review and change things that the community, the council and he thinks could be improved within CMPD.

“It gives me a great deal of trust and hope that we’re moving in the right direction on this,” Egleston said. “Taking those off the table responds to something that’s at the top of minds right now, and it’s a great next step to rebuilding trust with the community.”

Jennings’ announcement comes three months after protestors said officers fired tear gas into a crowd on Fourth Street in uptown Charlotte, causing injuries and trapping them from exiting the cloud of smoke. Several protestors livestreamed the June 2 incident, which took place during the fifth night of social justice protests against police brutality and systemic racism.

North Carolina’s State Bureau of Investigation reviewed the incident and determined that there were exits that CMPD officers didn’t block, but those routes were covered in tear gas. The review prompted the department to release hours of video footage from that night. The most damning clips capture an officer outlining a plan for two police squads to “step out and hammer their ass” at different locations and use kettling tactics to corral protestors.

After the investigation, a sergeant was suspended and disciplined for “insensitive comments,” Jennings announced last month.

Councilwoman Renee Johnson hopes the policy changes will build public trust and show that Jennings and city officials are listening to the community.