The Creole fusion food truck is one of 200 Black-owned restaurants sharing in the $5 million pool to help Black restaurateurs hit hard by the coronavirus pandemic. 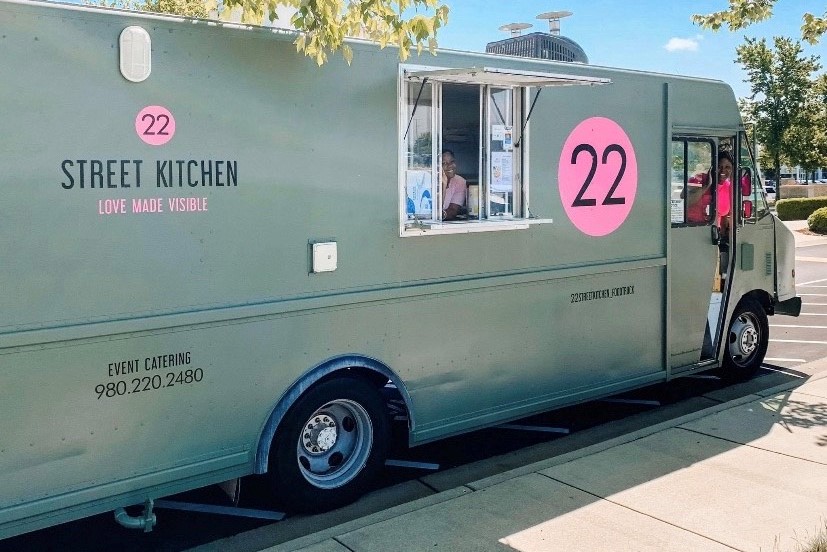 Unbeknownst to her, Felecia Reese launched 22 Street Kitchen the weekend before Covid-19 cases started increasing in North America. She recently won $25,000 to help her business recover from impacts of the pandemic. Photo courtesy of 22 Street Kitchen

Customers nominated 22 Street Kitchen for Discover’s Eat It Forward Program, and owner Felicia Reese can’t believe the outpouring of support led to the food truck being one of 200 Black-owned restaurants selected to win a $25,000 prize.

“It feels surreal,” she said. “I didn’t know if it was real or not at first.”

Known for its Creole fusion menu, 22 Street Kitchen was among four Black-owned businesses in the Charlotte area to nab Discover’s funding. We previously reported that HotBox Next Level Kitchen in downtown Concord claimed its $25,000 award last month. Two other eateries — Leah & Louise at Camp North End and Cuzzo’s Cuisine in west Charlotte — were also randomly selected in the program’s weekly drawings.

The credit card company partnered with R&B singer Ciara to provide $5 million to Black restaurant owners trying to stay afloat during the Covid-19 pandemic. Many have struggled with access to funding. Company officials say the campaign is a way for people to support their favorite Black-owned restaurants.

“Covid-19 has wreaked havoc on businesses across the United States, and we want to help effect positive change by offering financial support to Black-owned restaurants, a segment of the economy that has been disproportionately impacted during this pandemic,” said Julie Loeger, Discover executive vice president and president of U.S. cards.

Reese plans to use the money to pay for a week’s vacation for her employees during the holidays and to expand the restaurant’s delivery operations. She added that the food truck will start delivering to warehouse employees working second or third shifts. Plans for a new location are also in the works.

Reese launched 22 Street Kitchen on Feb. 29, the weekend before Covid-19 cases started increasing in North America. She had been laid off from her job and saw it as an opportunity to focus on her business.

After Gov. Roy Cooper implemented stay-at-home orders to curb the spread of the virus, Reese restructured her business model to deliver food directly to her customers’ homes and apartment complexes. As local businesses slowly reopened, she started partnering with breweries in the area, like Sweet Union Brewing and BrickTree Brewing Co., to serve customers on site.

Reese appreciates the program because it gives customers a voice.

“I think it’s important to support local businesses that everyone in the city is actually going to every day, especially in our Black community,” she said.

The public can nominate other Black-owned restaurants through Oct. 31. The final drawing is Nov. 2. Click here to see the program rules.