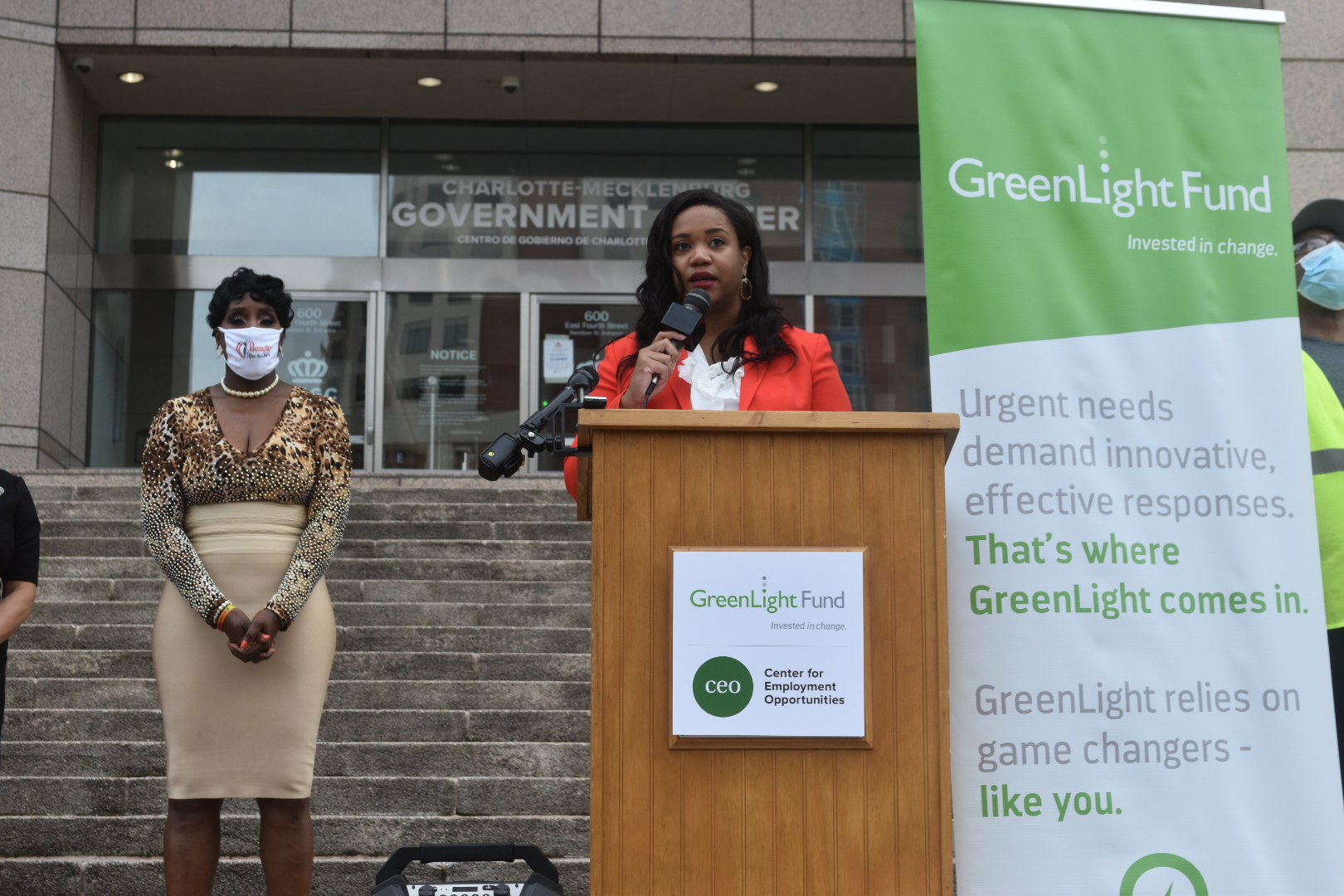 Returning citizens in Mecklenburg County are getting much-needed support in finding job training and job placement.

CEO Charlotte will start with a $600,000 investment from the GreenLight Fund over four years, with the City of Charlotte and Mecklenburg County each kicking in $300,000 initially to support CEO jobs.

“For too long, folks who look like me have been locked out of opportunity,” Cook said during a press conference outside of the Charlotte-Mecklenburg Government Center.

CEO Charlotte will work with individuals immediately upon their release from jail or prison. Returning citizens interested in joining can apply by contacting the local CEO office. Cook said more than 30 people have inquired about the program since Thursday’s announcement. They were placed on a waiting list for the next cohort.

Charlotte native and prison reform advocate Tiawana “Tia” Brown was hired as CEO’s Charlotte director to oversee implementation of the program. A returning citizen herself, Brown said she truly understands what each participant needs to be successful.

According to Brown, the period following an inmate’s release to the time they find employment is when they are most at risk to recidivate and most financially vulnerable.

Newly enrolled participants start with a one-week training program to assess their skills. CEO then places them in jobs that provide daily pay that can be critical for someone coming home trying to get back on their feet.

Harlee Strickland, 28, is proof of that. Strickland is a member of CEO’s first cohort.

“Within two weeks, I’ve met some amazing people,” she said. “Before I came to CEO, I had no family, I had no one. Now I have family. I have a chance at life.”

Participants will spend three to four months on transitional work crews that include site supervisors serving as mentors and job coaches. They also work one-on-one with a coach to build skills for longer-term employment.

Charlotte Mayor Vi Lyles shared that the city will be launching two work crew opportunities in mid-October, and participants can start as soon as they’re finished training. She explained that one role would be landscaping in city cemeteries.

“I don’t know if you know that we have over 200 acres actually of what I would call the parks that are most quiet. They’re usually called cemeteries,” Lyles said. “We want to make those cemeteries a place where people understand that you can come in and see a part of the city and see a part of our history. I think that the crews will be really, really effective here.”

Beyond workforce needs, CEO also works with community partners to help secure housing and other wraparound services. The organization remains in close contact with participants as a support system and provides resources for a year to help them avoid returning to the prison system.

“What I didn’t survive was recidivism because when I came back home in Mecklenburg County three months later, I went back to prison,” she said. “My family had to relive that all over again. And they did it because we didn’t have resources like the Center for Employment of Opportunities.”