CMPD purchased 800 gun locks to be distributed by local nonprofits with hopes of curbing gun violence. 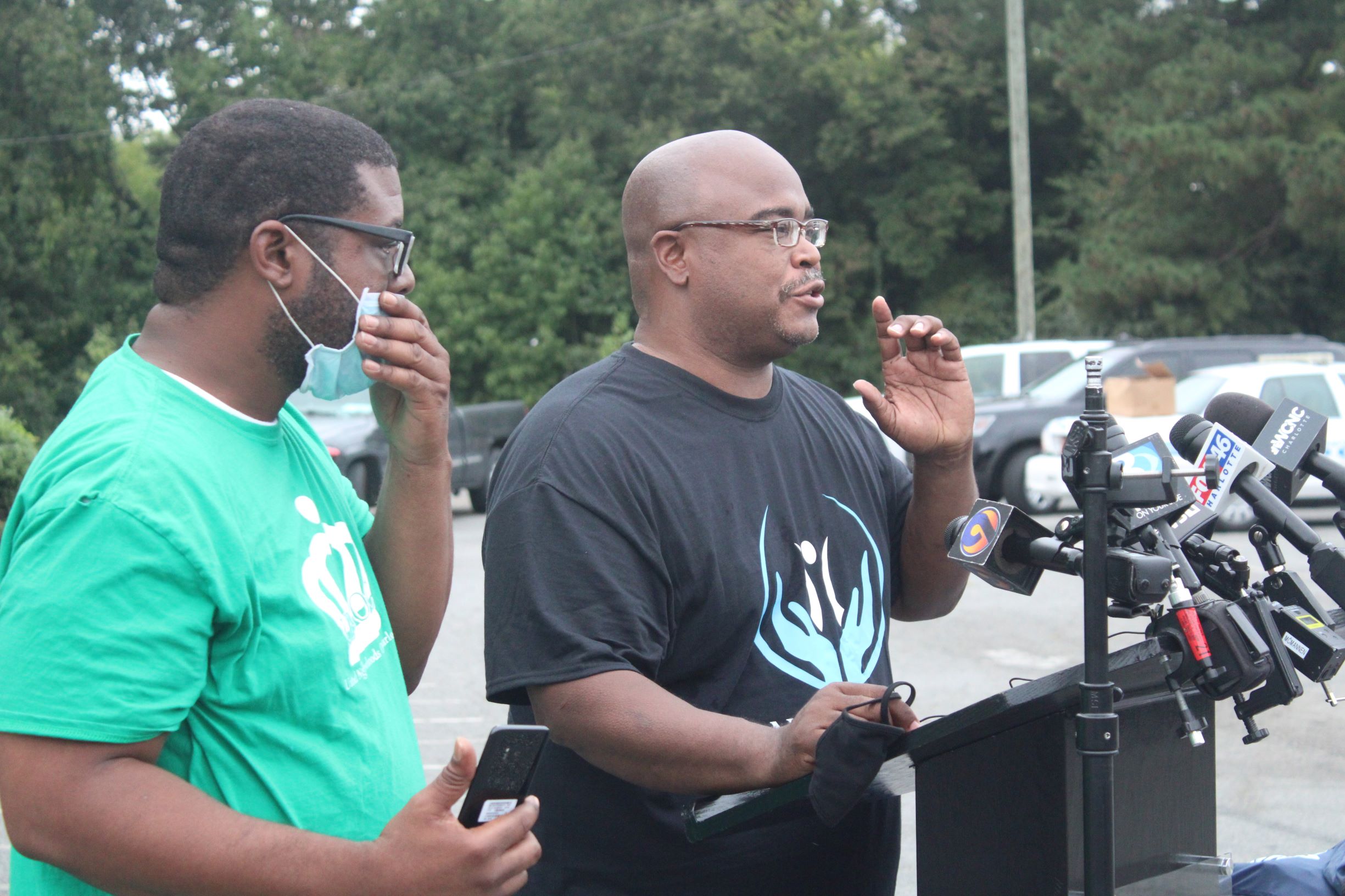 Charles Robinson of the Hidden Valley Association and United Neighborhoods of Charlotte (right) speaks to reporters during an announcement about a new gun safety campaign in collaboration with Charlotte-Mecklenburg Police Department. Photo: QCity Metro

Charlotte-Mecklenburg Police Department and several local organizations are hoping that giving away gun locks will prevent another tragedy like that which claimed the life of Amani Barringer, a 5-year-old who was shot and killed last week in the Hidden Valley neighborhood.

As part of a new campaign to promote gun safety, the police department announced Wednesday the purchase of 800 gun locks to be distributed at no cost and without questions asked.

“Any incidence of gun violence is bad, but when it’s a child, it just breaks your heart,” CMPD Lt. LeBraun Evans told QCity Metro after the announcement Wednesday evening at Faith CME Church in Hidden Valley.

There have been several incidents reported this year involving children that have been shot after accessing unsecured and unlocked guns belonging to adults. In Amani’s case, police charged a 14-year-old male with involuntary manslaughter for his involvement in her death. Authorities also charged an adult who lives in the home where the incident occurred with failing to secure a firearm to protect a minor.

Designed like a padlock, gun locks prevent the trigger from being pulled. Lisa Crawford with Mothers of Murdered Offspring says gun owners must be responsible by using a gun lock or putting the weapon in a gun case because “so many of our young people are getting their hands on guns they shouldn’t have.”

Charles Robinson of the Hidden Valley Association and the United Neighborhoods of Charlotte says neighbors are extremely saddened by Amani’s death, but the campaign goes beyond that.

“This is about what’s going on around Charlotte. We gotta stop this,” he said. “There are several groups that are in a position to help. We want to encourage folks to lock those guns up.”