"Before Black Lives Matter was at the stage it is now, we had Jonathan Ferrell." 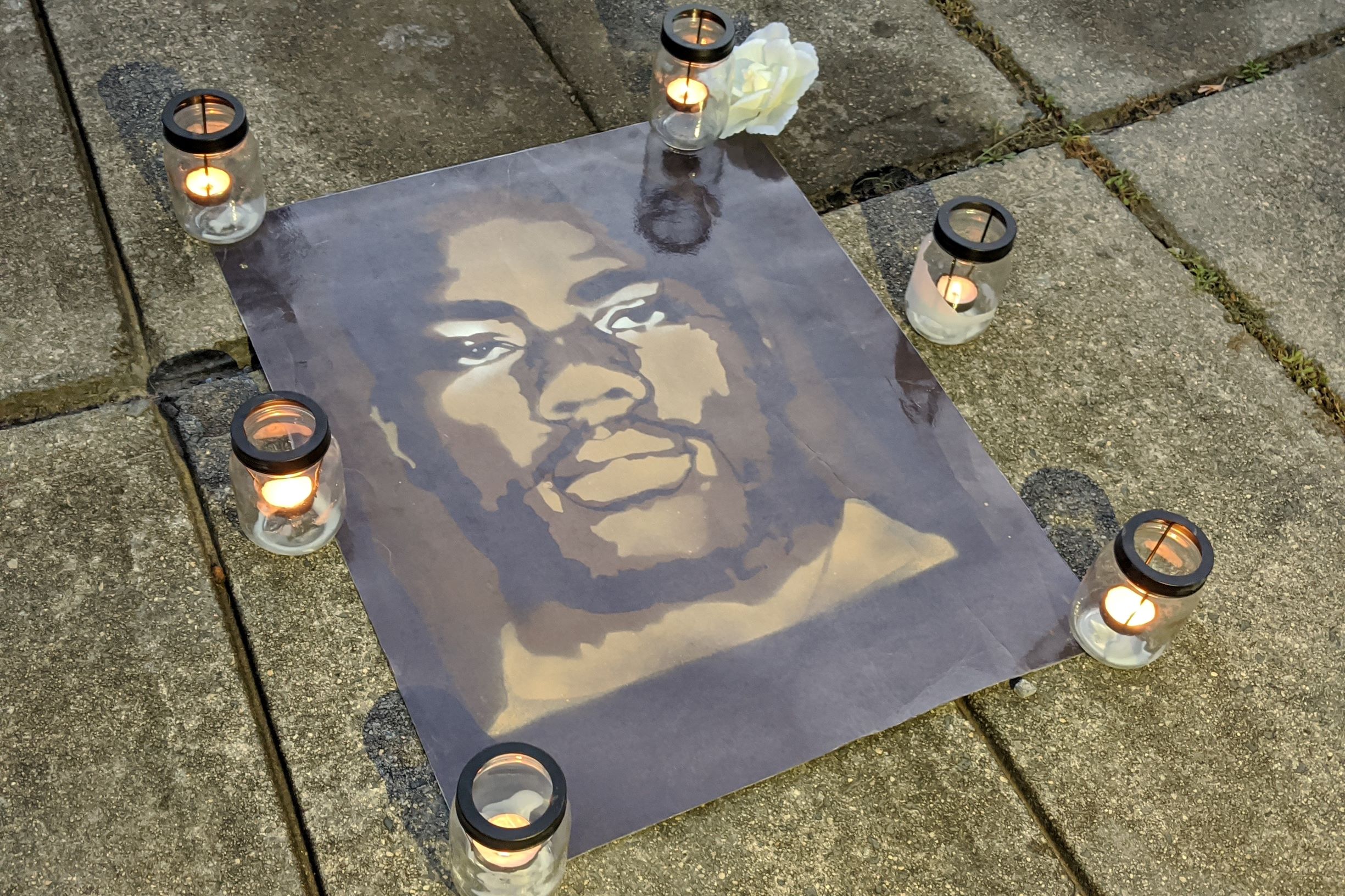 About 50 people gathered at Marshall Park last night in memory of Jonathan Ferrell, a 24-year-old killed by a Charlotte-Mecklenburg police officer, Randall Kerrick.

Yesterday marked the seventh anniversary of Ferrell’s death. Each year, Kass Ottley and other Charlotte justice activists hold a vigil for Ferrell so the community doesn’t forget his name or his story.

On the night of Sept. 14, 2013, Ferrell had been in a car accident and went to a nearby home for help. The person at home called 911, perceiving Ferrell as a threat.

Kerrick, one of three officers dispatched to investigate what the homeowner thought was an attempted break-in, told a jury that he shot Ferrell after the former college football player refused orders to get on the ground and ran toward him.

A voluntary manslaughter charge against the officer was dismissed after jurors deadlocked 8-4 to acquit him. The city paid $2.25 million to settle a wrongful death lawsuit filed by the Ferrell family.

Ottley, founder of Seeking Justice CLT, questioned whether anything has changed in the seven years since Ferrell’s death.

“To me, if Black lives really mattered, we need these cities to invest in Black people, in Black communities, in Black youth and programs,” she explained.

Corine Mack, president of the local branch of the NAACP, fought tears as she recounted moments in the courtroom during Kerrick’s trial.

Activist Jibril Hough says Charlotte has forgotten about Ferrell. Before Black Lives Matter was at the stage it is now, he said, Charlotte had Jonathan Ferrell.

He criticized city leaders for their lack of transparency and said that concrete changes are needed.

“We need to get beyond conversations. Most of us are talked out, he said.

As he led the audience in chanting Ferrell’s name, Hough encouraged the crowd to keep the momentum.

“I want all of us to remember Jonathan Ferrell. Don’t go to another Black Lives Matter march without shouting out his name.“